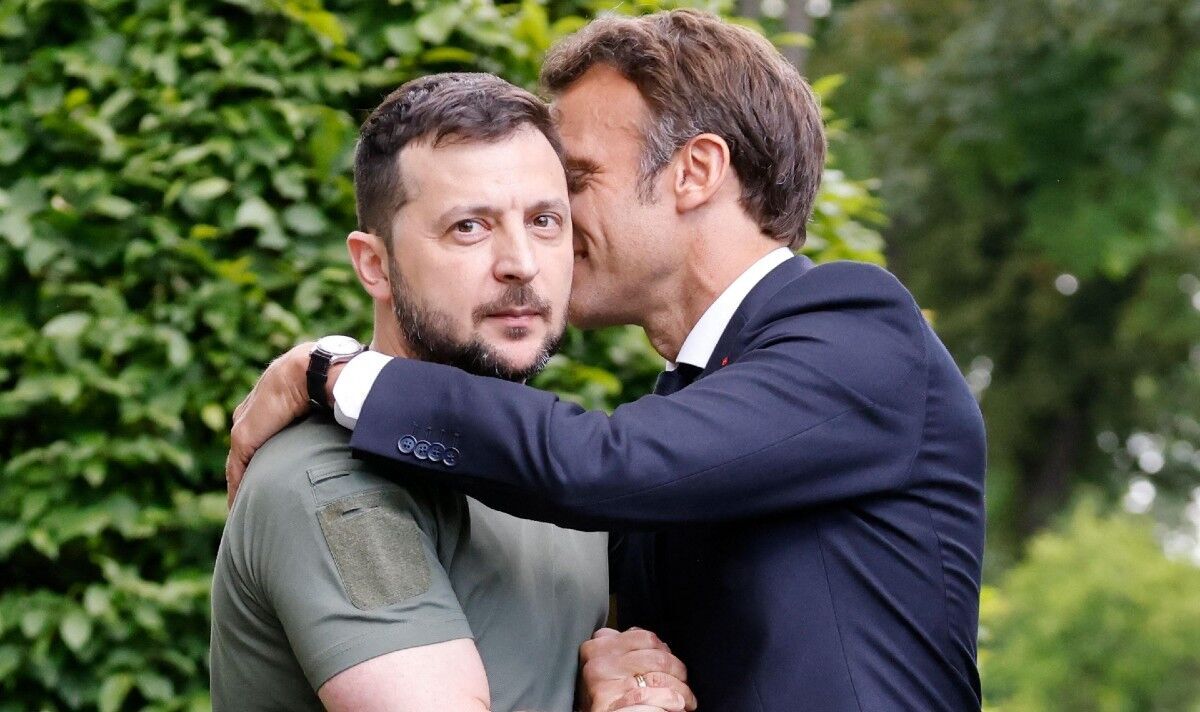 “His expression says it all!”

Another Twitter user, @BritishAlba, joked: “Over 4 months into the war this is the most worried picture of Zelensky I’ve seen lol.

“I can’t really blame him.

Meanwhile, Carol Donaldson said Zelensky “looked like he was pushing Macron away”.

The photo was taken during Mr Macron’s first visit to Kyiv since the start of the war in Ukraine on February 24, 2022.

“We stand with the Ukrainians unambiguously.

“Ukraine must resist and win.”

Mr Draghi promised that Ukraine would be rebuilt, telling reporters: “They destroyed kindergartens, gardens for children.

“Everything will be rebuilt.

“They [the Ukrainians] have already started, they have a digital system that registers each place destroyed.

“They know the exact location of the sites to be rebuilt.

“Each family has an app on which they describe what happened, and they are already making good progress.”