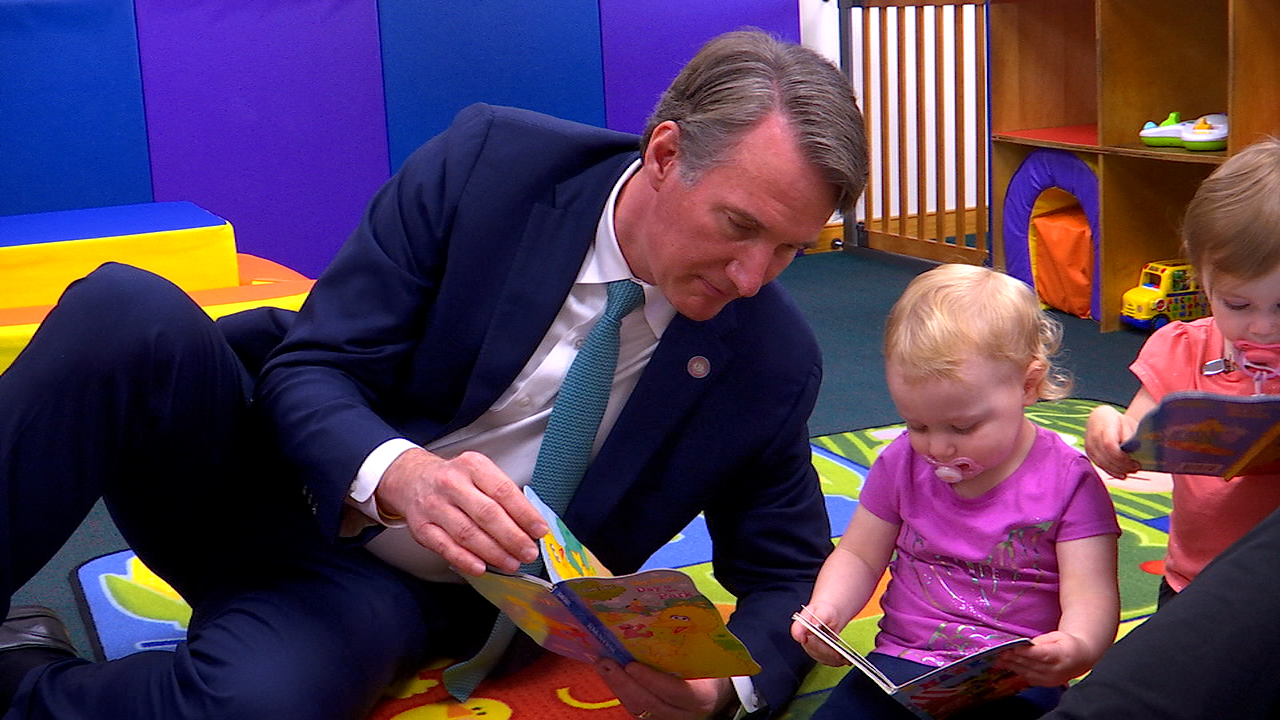 Youngkin made the comments in an interview after a visit to River’s Bend Children’s Center in Chester, where he also signed a proclamation honoring those working in the field.

“I’m committed to a larger investment and I believe that’s what we’re going to see come out of budget as far as I’m concerned,” Youngkin said. “If you’re ready for kindergarten, you’ll be ready for life, and on top of that, in order for our workforce to move in Virginia, we need to have reliable, quality care for our children.”

The Senate plan includes more than $44 million in new funding for early childhood and preschool programs, compared to $6 million proposed by the House, according to a budget breakdown from the Commonwealth Institute.

“I believe it takes more than the House and so I will have the opportunity to sit down and talk to people as they work through the budget to make sure we have plenty,” Youngkin said. . “I believe that tends towards the position of the Senate.”

River’s Bend Children’s Center owner Clark Andrs said it would be a big help. Andrs said he has room for 250 children at the center but currently only 70 are enrolled.

“For me, it’s the pandemic after the pandemic. Labor shortage. I’ve been doing this for 33 years and I’ve never seen anything like it. I have empty rooms. I have waiting lists and I can’t enroll kids because I can’t hire more teachers,” Andrs said.

Lawmakers agree child care is broken, but can’t agree on how to fix it

Bowles said that unlike the House plan, the Senate proposal provides additional funding for blended-delivery grants. She said that’s when public funds are used to help eligible parents pay to enroll their children in private programs. Bowles said the flexibility gives parents more choices and allows them to choose programs that meet their scheduling needs.

“We know that families across the Commonwealth are really struggling to find childcare, whether it’s a lack of supply in their community, often called a childcare desert, or what type of setting is right for their family based on their work schedule and family needs and preferences. This additional funding is therefore critical to ensuring Virginia families have all the options they need,” Bowles said.

Griffey said the Senate plan would also create about 1,100 new slots for 3-year-olds through the Virginia Preschool Initiative, which provides funding to low-income families to help cover the cost of early childhood education. childhood.

Griffey said the House plan didn’t allocate funds to any new slots, but it didn’t cut any programs.

State assistance can help make childcare more accessible to low-income families who might otherwise struggle to afford it. An analysis by the Economic Policy Institute found that the average cost of infant care in Virginia is $14,063 per year, or $1,172 per month. EPI said Virginia is ranked 10th out of 50 states and the District of Columbia for the most expensive infant care.

During his speech on Thursday, Youngkin made the case for accelerating the growth of public-private partnerships in early childhood education.

“It’s not just a model that the rest of the country is paying attention to, but it’s a model that we need to move on faster,” Youngkin said.

House Appropriations Committee Chairman Delegate Barry Knight (R-Virginia Beach) did not respond to a request for comment Thursday. It’s unclear whether the House and Senate found common ground on that spending priority during the closed-door negotiations.

The two sides have been trying to reconcile their differences for weeks since the regular session ended in mid-March and there is still no set date for lawmakers to return to Richmond to vote on a deal.

“This is a time when being late hurts our kids, it hurts our teachers, and it’s time for us to move on,” Youngkin said.