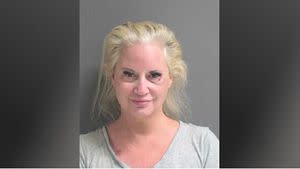 A former World Wrestling Entertainment superstar has been arrested after an Ormond Beach crash that left one person dead, police say.

The accident happened around 8:28 p.m. on US Highway 1, just north of State Road 40, and resulted in the death of Julian Lasseter.

Police say two of the cars involved in the accident were stopped at a red light when the third car, driven by Sytch, failed to stop and collided directly with the rear of the one of the cars stopped, forcing her into the other.

Sytch, who went by the ring name “Sunny” in WWE, was taken to Halifax Health Medical Center for treatment following the accident.

According to a report, Sytch’s blood was drawn by a search warrant served shortly after the time of the crash. His blood alcohol level turned out to be 3.5 times the legal driving limit, police said.

Officers said it was still an active investigation and more details would be released on Monday.