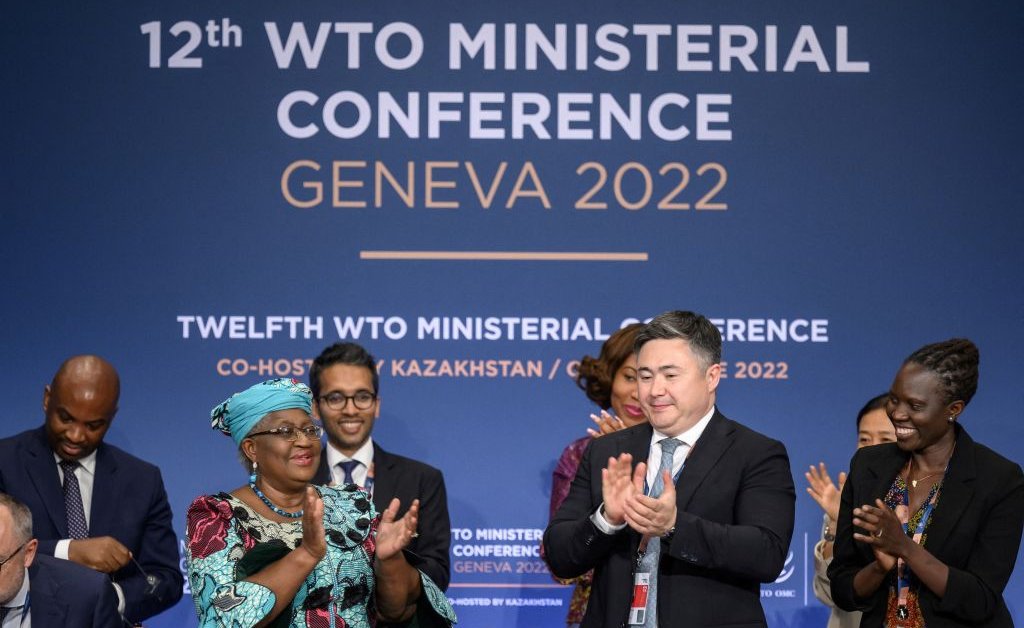 AAfter talks that lasted all night, members of the World Trade Organization on Friday morning reached a series of agreements and commitments aimed at limiting overfishing, expanding production of vaccines against COVID-19 in developing countries, improving food security and reforming a 27-year-old trade body that has backtracked in recent years.

WTO Director-General Nzogi Okonjo-Iweala, after two sleepless nights in difficult negotiations, concluded the first WTO Ministerial Conference in four and a half years by trumpeting a new sense of cooperation at a time when the world faces crises like Russia’s war in Ukraine and a once-in-a-century pandemic that has claimed millions of lives.

“The global agreements you have reached will make a difference in the lives of people around the world,” Okonjo-Iweala said, landing what she called an “unprecedented set of deliverables” after 15 months of work. “The results show that the WTO is indeed capable of responding to the urgencies of our times.”

The deals could breathe new life into a trade body that has come under repeated criticism from former US President Donald Trump’s administration, which has accused the WTO of unfairness to states United States and has been caught up in a growing economic and political rivalry between the United States and China. In recent years, Washington has neutralized the WTO’s version of an appeals court that adjudicates international trade disputes.

The WTO works by consensus, which means that all of its 164 members must agree on its agreements, or at least not get in its way. The talks sometimes took place behind the scenes or in side conversations because some delegates did not want to be in the same space as their Russian counterparts – in order to protest President Vladimir Putin’s invasion of Ukraine, which has impact far beyond the battlefield, for example on food and fuel prices.

Among Friday’s key achievements was an agreement, which fell short of its original ambitions, to ban both support for illegal, unreported and unregulated fishing and fishing for overburdened stocks in the world’s oceans. world. It was the first major WTO agreement since the 2013 one that cut red tape on the treatment of goods crossing borders – and arguably one of its most important.

“WTO members have for the first time reached an agreement with environmental sustainability at its core,” Okonjo-Iweala said. “It is also about the livelihoods of the 260 million people who depend directly or indirectly on sea fishing.”

The WTO chief said the deal is a first step to reducing government subsidies and overcapacity – too many operators – in the fishing industry.

More controversial was an agreement on a watered-down plan to waive intellectual property protections for COVID-19 vaccines, which went against advocacy groups who say it didn’t go far enough and could even do more. harm than good.

“The TRIPS waiver compromise will contribute to ongoing efforts to concentrate and diversify vaccine manufacturing capacity so that a crisis in one region does not leave others isolated,” Okonjo-Iweala said of the release. waiver of intellectual property protections.

U.S. Trade Representative Katherine Tai hailed a “concrete and meaningful outcome to deliver safer and more effective vaccines to those who need them most.”

“This agreement shows that we can work together to make the WTO more relevant to the needs of ordinary people,” she said in a statement.

Its announcement a year ago that the United States would break with many other developed countries with strong pharmaceutical industries to work on a waiver of WTO rules on COVID-19 vaccines gave impetus to talks around a broader waiver requested by India and South Africa.

But some advocacy groups were seething. Aid group Doctors Without Borders called it a “devastating global failure for the health of people around the world” that the deal stopped short of including other tools to fight COVID-19. 19, including treatments and tests.

“The conduct of rich countries at the WTO has been utterly shameful,” said Max Lawson, co-chair of the People’s Vaccine Alliance and head of inequality policy at Oxfam.

He said the European Union, the United States, Britain and Switzerland had blocked stronger text.

Indian Commerce Minister Piyush Goyal, whose tough negotiating stance had frustrated some developed countries during the talks, said the ministerial meeting was a “big boost for multilateralism” and showed progress on issues – like fishing – which had been dragging on for decades.

“India is 100% satisfied with the result,” he told reporters in Geneva. “I’m not going back to India with worries.”

The meeting also agreed to lift export restrictions that have weighed on the UN’s World Food Programme, which is trying to offset the impact of rising food prices and the fallout from the war in Ukraine on shipments of wheat, barley and other food staples from the country which is a key producer.