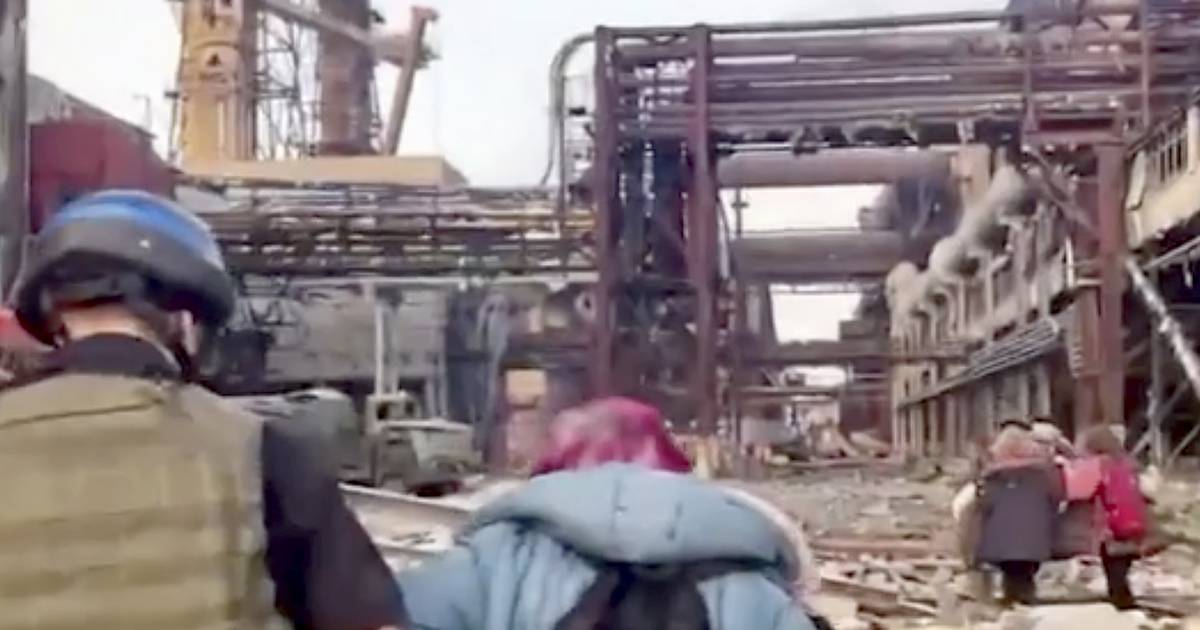 Ukraine has evacuated all women, children and the elderly from the Mariupol steel plant which has been under constant assault since the start of the Russian invasion, government officials said on Saturday.

The Azovstal factory was the last Ukrainian stronghold in the eastern city of Mariupol, the target of relentless attacks by Russian forces since Vladimir Putin launched his unprovoked war on February 24.

Ordinary citizens and military personnel locked themselves in the factory for weeks before civilian evacuations began a week ago. Convoys displaced people even as Russian forces continued to shell.

“The president’s order has been carried out: all women, children and elderly people have been evacuated from Azovstal,” Ukrainian Deputy Prime Minister Iryna Vereshchuk said. “This part of the Mariupol humanitarian operation is over.”

It was still estimated that there were around 2,000 fighters in Azovstal. Some are still in combat, while hundreds more are said to be injured.

Ukrainian President Volodymyr Zelenskyy said he was working with “influential states” to try to rescue the soldiers, but did not name them. Diplomatic options are also still on the table, he said.

Russia hoped to complete its seizure of the plant by Monday, Victory Day, commemorating Russia’s triumph over Germany in World War II. Zelensky warned his people that the invaders might intensify their attacks in anticipation of Victory Day.

Additionally, satellite photos showed Ukraine targeting Snake Island to block Russia’s attempt to control the Black Sea. An image taken on Saturday showed that most of the buildings on the Russian-held island had been destroyed by Ukrainian drone attacks.

In Ukraine’s Odessa region, Russia launched cruise missiles from planes on Saturday. Authorities in Odessa have put in place a curfew until Tuesday morning.

In the eastern Lugansk region, authorities said two boys aged 11 and 14 were killed by Russian shelling in the town of Pryvillia, and two girls aged 8 and 12 and a 69-year-old woman were killed. injured.

Also on Saturday, First Lady Jill Biden was in Bucharest, Romania, to visit Ukrainian women and children who fled to that country to escape the fighting.

As Biden watched, the children wrote messages on paper cutouts of their hands. A little girl wrote: “I want to go back to my father. Biden described the child’s words as “heartbreaking.”

Her husband is urging Congress to approve an additional $33 billion in security and economic aid for Ukraine.

“We’re all hopeful, aren’t we,” the first lady told reporters. “We wake up every morning and think ‘this has to stop’, but it just goes on and on.”