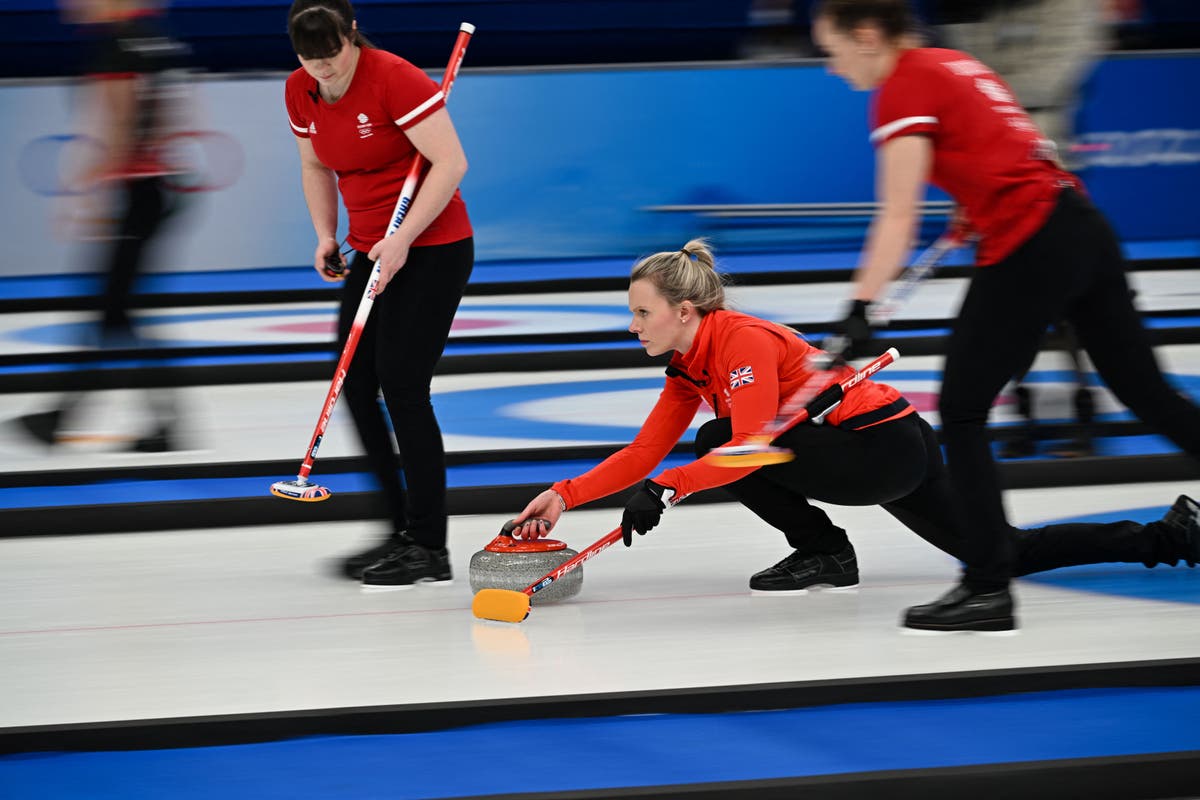 Day nine of the Olympic Games is well underway with up to seven medals up for grabs. Eve Muirhead and Team GB would be looking to retain the momentum they gained after a stunning and crucial victory over the USA in the women’s curling round-robin phase, as they face Denmark.

Expectations are high from the men’s team which will face China and then regroup to compete against Denmark in curling. They are currently placed among the top four teams competing to secure a place in the semi-finals.

Meanwhile, another sport made its debut at the Games, as the first two runs in women’s monobob were held, making bobsleigh a gender-balanced discipline with two men’s and two women’s events. All eyes were on Kaillie Humphries who would be looking to win her first medal for Team USA along with Elana Meyers Taylor. Three-time Olympic medallist, Humphries who switched from Canada to US in 2019, did not disappoint, as she finished the race ahead of others.

France’s Alexis Punturault, and his compatriot Mathieu Faivre would be skiing down the slope as the favorites for gold in men’s giant slalom.

Hwang Dae-heon of Korea edged out Dubois on that final corner.

A penalty for Hwang confirmed.

Wu is out! Azghaliyev nicked it on the line to gain second, Wu must go to the B final. A huge upset.

Hwang Dae-heon of Korea with the false start.

It’s Dubois, Liu and Wu! Dubois out of a cannon to start there.

Results under review, of course!

Into the semi-finals we go!

Ivliev and Nikisha in the top two, Sighel pushing though.

The Italian up to second, wow, Ivliev wins and Sitnikov stormed home to snatch second it seems.

It’s only the top two who qualify for the final. Ivliev is definitely there. Will it be two ROC skaters?

Sighel has done it, by a matter of millimetres, stunning scenes after that photo finish.

Sitnikov and Nikisha sent into the B final.

Liu of Hungary and Dubois of Canada in an easy top two.

A fall for Pierre-Gilles provided the drama, the Canadian sliding out while in second place.

Some resurfacing and a short break. The semi-finals are set, defending champion Wu Dajing is safely through.

Into the third quarter and another false start, that pace rom Wu was insane. But this should be scorching too.

The ROC’s Ivliev into an early lead…

Azhgaliyev moved up well into second, but that’s a photo finish for second and third.

Korea’s Daeheon in second, Azhgaliyev pipped into third and Belgium’s Desmet in fourth.

It’s time for the quarter-finals of the men’s short-track speed skating in the 500m.

It’s Nikisha from Kazakhstan who wins the first quarter-final.

It’s a false start from Kruzberg of Latvia in the second quarter-final.

Wu takes it for China! But Sandor Liu is down in fourth, the Italian Sighel with a late dash to snatch second and Kruzerg is third.

Kamila Valieva’s choreographer has insisted she is clean of any doping offence.

Valieva will find out on Monday if she’ll be allowed to compete in the women’s figure skating competition, where she was expected to start hot favourite.

The 15-year old tested positive for banned substance Trimetazidine, a medication for angina on sport’s doping banned list since 2014, at December’s national championships but was cleared to compete by Russia’s anti-doping agency.

The 15-year-old is set to compete in next week’s women’s figure skating competition as the hot favourite, but the International Olympic Committee, World Anti-Doping Agency and the International Skating Union are appealing a decision from Russia’s anti-doping agency to clear her of a positive doping test at the Court of Arbitration in Sport

The bronze is for Norway’s Tiril Eckhoff, but the drama happened before the finish line as Eckhoff passed compatriot Ingrid Landmark Tandrevold on the final lap.

Trandevold was stunned and heartbroken, she was spent and stumbled to the finish line, passed by many, she is now being attended to by the medics.

Vicky Wright: “We had a really strong start out there, we were going well going a couple up early on but we always felt in control.

“We had a game plan, we stuck to it, a solid performance by ourselves.

“We take every game as it comes, we’ve just got to keep going one step at a time, we’re not getting too far ahead of ourselves.

“It was good to get two wins back-to-back but tomorrow is another day and we start fresh again.”