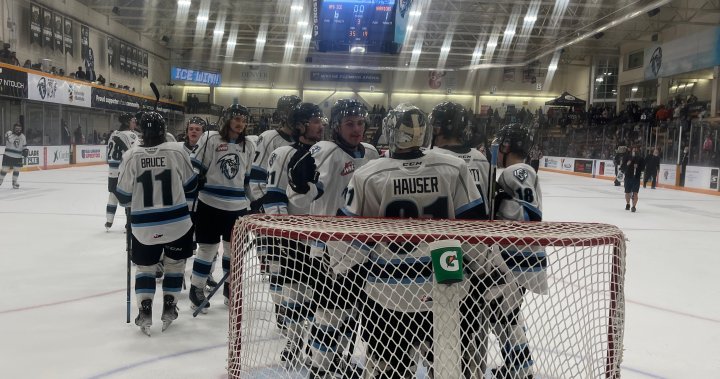 The Ice kicked off their Eastern Conference second-round streak with a 6-1 victory over the Moose Jaw Warriors at Wayne Fleming Arena on Friday night.

“For the first game in a series, it was a pretty solid effort from top to bottom,” Ice head coach James Patrick said. “A few times there was a roll, and we just jumped on it and went the other way and made plays. We had a good full game. »

It took Winnipeg just 18 seconds to get on the board with an Owen Pederson goal and the team with the best regular season record in the WHL went from there.

Jack Finley’s powerplay scorer late in the first period kept the ice going two after one, then Winnipeg exploded for three more goals in second from Jakin Smallwood, Matthew Savoie and Pederson.

It continued in the third with Mikey Milne scoring just 18 seconds from the last frame.

Daniel Hauser had a fairly quiet night between the ice posts making 18 saves as the Warriors broke the shutout with just 2:12 left in the third.

Pederson says his first goal moments after the puck dropped was crucial.

“It gave us a lot of confidence, gave us a boost and getting one early gives them a bit of pressure,” Pederson said. “We were happy to get one early and go from there.”

Savoie says his team is rolling right now and hasn’t shown any signs of rust despite playing its first game in a week after defeating the Prince Albert Raiders in the first round.

“We’re pretty happy with our full level of play right now,” Savoie said. “We have a lot of deep goals, lines one through four can all put the puck in the net and they can all defend really well. »