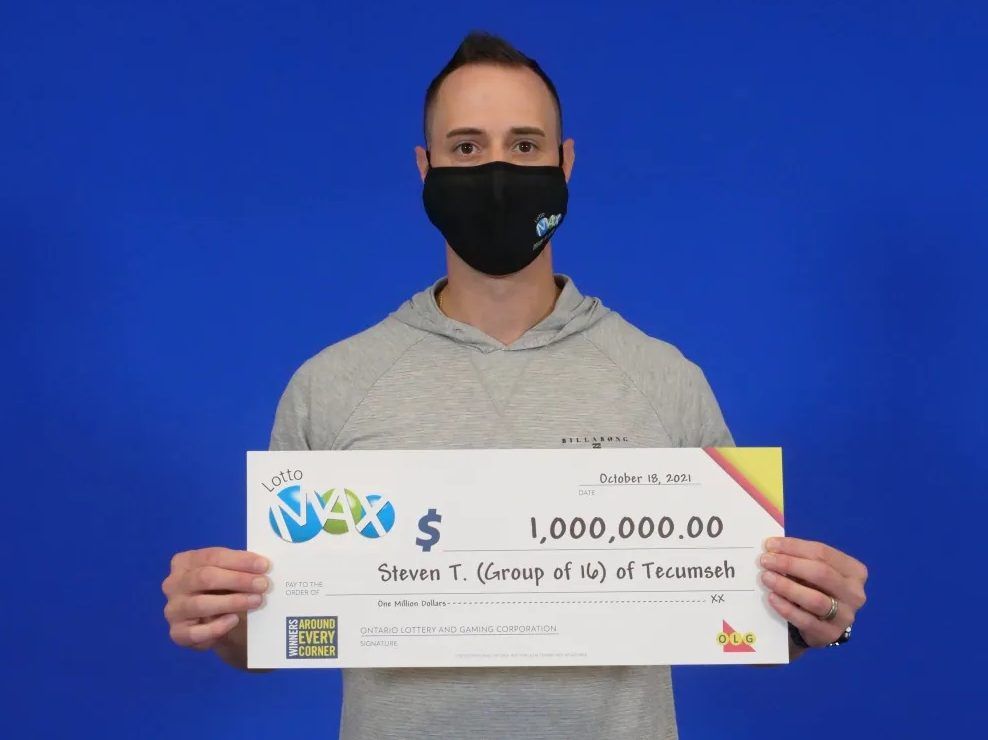 A legal confrontation between 16 lottery winners and the man who says he owes a share has turned so bitter the two sides can’t even agree that they were once friends.

Philip Tsotsos, in a case highlighting the potential pitfalls of group lottery pools, is suing for a seventeenth of a $1 million jackpot after he was allegedly denied his share by people he calls close friends”.

In a defense brief filed Thursday, the 16 defendants said they had never been close friends of Tsotsos, and some did not even know him.

Tsotsos said on Friday he felt “betrayed” when he found out about the group’s victory while browsing social media, shortly after dropping off a free pizza for some of the members.

“The same people eating my pizza, holding a million dollar lotto win,” he said. “Do you know what that felt like? As if an elephant had kicked me in the groin.

The defendants are all employees of the same auto parts company where Tsotsos previously worked part-time.

He is suing for part of the winning Lotto Max ticket of June 22, 2021, as well as costs, interest and damages.

Tsotsos said he made the civil lawsuit public to “educate people on how to properly run a group lottery.”

“You download the form, you get everyone to sign the form, so you’re not in the position that I’m in now,” he said. “Obviously my group didn’t do that.”

“Plaintiff’s claim to a portion of the lottery prize is just a desperate afterthought by a regretful, troubled and jealous person,” they allege in the defense statement.

According to Tsotsos’ statement, he was invited to join the lottery pool in 2015, shortly after being hired part-time at the company. He worked there until 2017. He is now a pizza delivery man.

His lawsuit says he “remained close friends with his former colleagues” and “continued to be part of the lottery group.”

He claims that every member was guaranteed to attend and that everyone had to tell the organizer if they wanted out. Members could pay before the draw or after on a credit system.

As well as denying they were close to Tsotsos, the defendants claim he gave an “erroneous” description of how the pool operated.

They claim that every employee would be asked weekly if they wanted to play. Attendance was not guaranteed and there was no credit system, according to their defense brief.

They also state that Tsotsos was allowed to continue playing after leaving the company, but only when he paid.

“Over time, he communicated less frequently with his former colleagues and he often did not participate in the lottery pool because he did not inform of his intention to do so and / or he did not has not paid or made payment arrangements,” according to the defense brief.

The pool continued for “long periods” in 2020 without his participation, the defendants claim.

They also state that the last draw for which Tsotsos paid to play was on May 25, 2021.

On June 12, 2021, band member Jesse Reid texted Tsotsos, asking if he had $40 he owed from previous draws, according to the defense statement. There was no response.

Two days later, Reid texted him again asking if he was okay.

Tostsos’ response was “to consider going to rehab…it’s time,” according to the defense statement.

He said Friday that their reference to his substance abuse issues was a low blow.

“What does my personal life have to do with me claiming my share of the winnings,” he said. “How do you drag someone’s personal life and make medical records public?” It’s as low as it gets. It is absolutely disgusting that they stoop so low.

Tsotsos claims he was asked twice, in the same month as the jackpot, if he wanted to continue participating.

“I actually won’t have to pay you anything, just take it out of our winnings when we win,” he wrote, according to court documents.

“The claimant was not included in the draw of June 22, 2021 and was not entitled to split the prize because he did not ask to be included, he did not pay any money to play, he was still indebted to Steven Todesco for money he borrowed to gamble in four previous draws, and the plaintiff was alleged to have enrolled in rehab to resolve his personal and substance issues,” according to the statement from defense.

Tsotsos said Friday that each member received $62,500. If he had been included, he said the transportation would have been $58,000 each.

“Philip’s belief in these friendships was shattered, and for a relatively paltry increase in profit per player,” according to his statement.