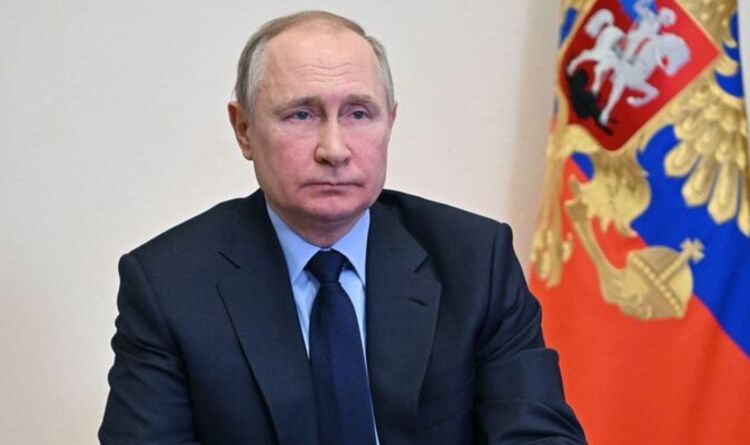 The Russian strongman appears to be on a relentless drive to war with his neighbors to the West. Over the past few months, Mr Putin has amassed tens of thousands of troops and equipment to the north, east and south of Ukraine. Analysts believe that an invasion is imminent and could come as early as next week.

The threat of a bloody war with their close neighbors has left many ordinary Russians dismayed and furious with the antics of their leader.

Andrey Malgin, a Russian journalist, warned Mr Putin that he would “never be forgiven” for his warmongering.

He said on Twitter: “Regardless of whether Putin attacks Ukraine or not, now he will never be forgiven for what is happening these days.

“This is a stain that will fall on him, and on Russia as a whole, and on the Russian people.

“There will be no ‘kalinka-malinka’ for a long time.

“Abroad, we will feel everything in our own skin.”

He said: “This is not like previous war scares or the buildup in the spring.

Vice-Admiral Nils Andreas Stensønes, the head of the Norwegian intelligence service, estimated there were 150,000 Russian troops massed around Ukraine.

He believed Russia now had the ability to launch a major invasion of its beleaguered neighbors.

READ MORE: Old Europe has FAILED Ukraine so thank you UK for standing up to Putin

This is despite an unrelenting and vitriolic propaganda campaign directed against Kiev.

Only 17 percent of respondents supported the unification of the two states.

On Saturday US President Joe Biden spent an hour talking to his Russian counterpart in yet another attempt to avert a war.

However, there was no apparent breakthrough, with Mr Biden once again reiterating that the US would “impose swift and severe costs on Russia” in the event of an invasion.