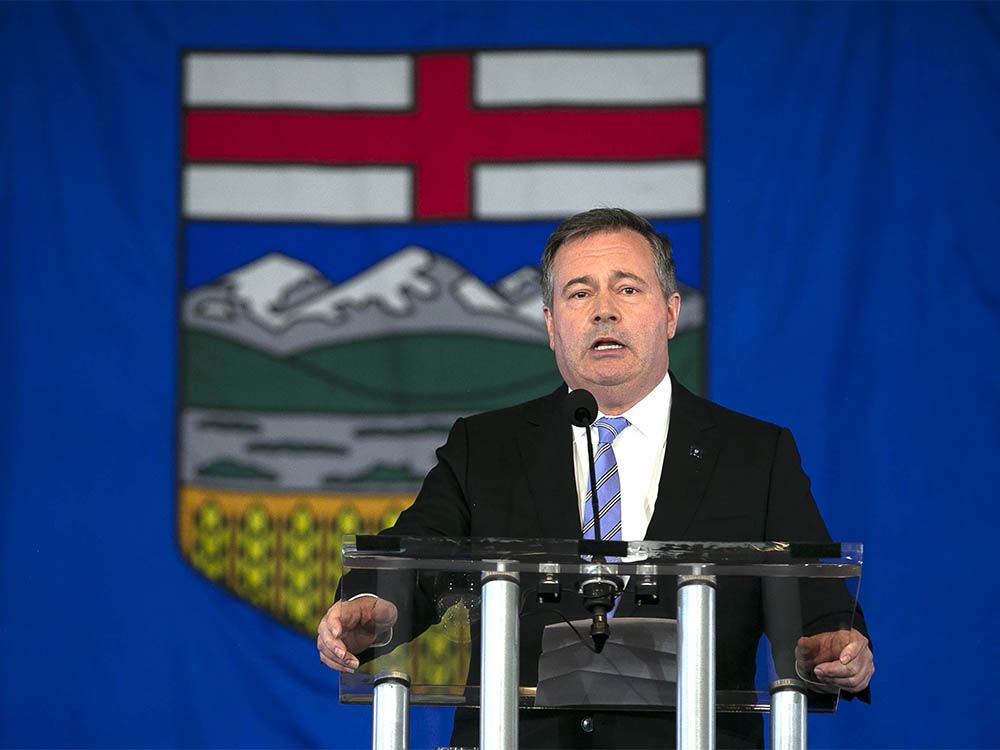 An avid oil patch supporter, Jason Kenney kicked off the provincial election campaign three years ago in front of a platform in Leduc, pledging to move jobs, the economy and pipelines forward.

Since then, the pipelines track record has been mixed: the Line 3 project was completed while Keystone XL died, costing Alberta taxpayers $1.3 billion in the process. More generally, jobs disappeared and the economy slumped in the early months of the COVID-19 pandemic, although both rebounded.

Following a leadership review of the UCP party, Kenney announced Wednesday night that he would be stepping down as party leader, but it’s unclear what a new premier will mean for provincial energy policy, l Alberta’s economy and the tone of the summit.

“The economy is doing better, but jobs and pipelines are not,” said Mount Royal University political scientist Duane Bratt, noting that Alberta’s investment in Keystone XL backfired after the U.S. canceled permits for the pipeline, while Trans Mountain’s expansion project began ahead of the 2019 campaign.

“Victory is rising oil prices, but that has nothing to do with a ‘fight back’ strategy.”

Much has changed in Alberta’s economy — and in the province’s largest industry — over the past three years.

At the time of Kenney’s election victory, benchmark oil prices were climbing around US$64 a barrel and Alberta natural gas markets were deeply depressed, averaging less than $1 a gigajoule.

Due to a chronic lack of pipeline capacity, the province has been forced to cut oil production.

As part of his fightback strategy, Kenney has pledged to oppose the federal carbon tax and Bill C-69, create an energy war room, launch a public inquiry into the campaigns anti-Albertan energy forces and to fight for increased transportation capacity.

“He listened. He was good for the oil and gas industry…we’re fighting for Alberta and Canada,” said Bob Geddes, president of Ensign Energy Services, one of the nation’s largest drillers.

“He did everything he could in a difficult environment.”

Today, the unemployment rate is down to 5.9% and the economy is growing. However, the employment rate — the proportion of working-age Albertans who are employed — has fallen, he noted.

“Generally we’re probably in better shape than 2019, but a big part of that is a strong recovery in oil prices,” St-Arnaud said.

For the oil sector, the last three years have been a trying adventure. US crude prices briefly crashed into negative territory in April 2020.

This year, they jumped above $110 a barrel on Russia’s invasion of Ukraine and global energy security concerns. Natural gas prices also took off.

No new oil sands projects are underway and industry spending has not returned to previous levels. However, the sector is advancing plans to invest potentially billions of dollars in hydrogen production, petrochemical developments and carbon capture, utilization and storage (CCUS) projects.

“A lot of steps in the right direction were taken in the Jason Kenney era that could lead to a dramatic change in the way our economy works,” said Gary Mar, president of the Canada West Foundation and former Conservative cabinet minister.

Along the way, Kenney backed incentives for the petrochemical sector and cut the corporate tax rate by a third.

The key for the next Premier will be attracting more investment to the province and positioning the economy for a long-term future.

“Somebody needs to make sure they really understand it and recognize that decisions have a huge impact on short and long-term investing – just like rhetoric.”

Part of any change should start with the decarbonization file. Six of the largest oil sands producers have already adopted a policy of net zero by 2050, bringing them in line with the federal goal.

Masson, an executive fellow at the University of Calgary’s School of Public Policy, says carbon tax battles with Ottawa must end because industry needs long-term certainty about policy and carbon pricing to invest in projects like CCUS.

Kevin Krausert, CEO of Avatar Innovations, which operates a clean energy accelerator and training initiative in Calgary, believes the next prime minister must promote energy production while overseeing dramatic progress in reducing emissions through biofuels, hydrogen and carbon capture technology.

“If you want to get big projects built, you have to bring everyone with you,” said Krausert, former president of Beaver Drilling.

With a lower corporate tax rate, the province has changed the investment climate in the province, said Calgary Chamber of Commerce CEO Deborah Yedlin.

But the next premier must ensure the province provides additional support for proposed CCUS projects to take advantage of the federal investment tax credit, she said.

With the oil patch, a change of tone from the province would be welcome in some circles.

“They just don’t consult, they disclose,” said one oil executive.

Whitecap Resources CEO Grant Fagerheim said Kenney rightly stood up to the federal government over its oil and gas policies.

However, Kenney was not a “big tent leader” involving the entire industry, he said.

“Jason was supporting our industry, but his execution around supporting the industry wasn’t inclusive…it wasn’t a collaborative effort. It was more, it’s where we go – and come.

Chris Varcoe is a columnist for the Calgary Herald.