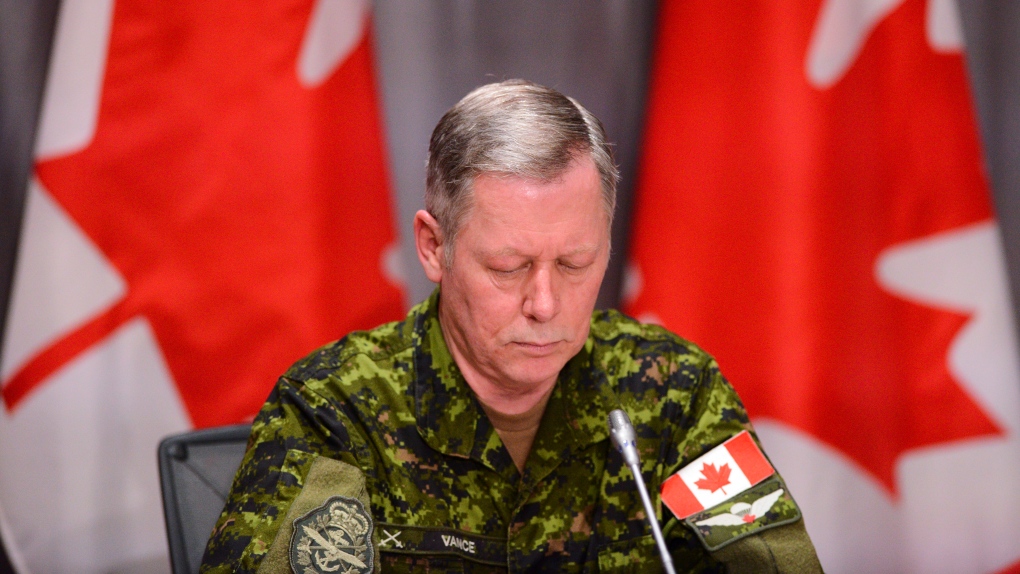 A notice published in the Canada Gazette, the official newspaper of the federal government, indicates that Vance has requested that his appointment to the Order of Military Merit be revoked and that the Governor General has granted his request.

The notice was signed on April 20 but is dated Saturday in the Gazette.

Vance was sentenced to 80 hours of community service in March after pleading guilty to a charge of obstructing justice in a case that rocked the Canadian military.

The judge also ordered Vance to refrain from contacting Maj. Kellie Brennan, with whom he had what an agreed statement of facts filed in court described as a “long-standing intimate relationship” that began in 2001 and continued. lasted until early 2021.

The statement of facts indicates that Vance did not disclose this relationship, which exposed him to the possibility of a charge under the National Defense Act. He then tried to “dissuade” her from revealing the full nature of their relationship with the military police.

The judge, in granting parole, also said Vance appeared to be “a man of good character” who had contributed to Canada’s mission in Afghanistan and the Canadian Armed Forces during his career.

The Order of Military Merit was created in 1972 to recognize outstanding merit and exceptional service by serving members of the Canadian Armed Forces.


This report from The Canadian Press was first published on May 7, 2022.