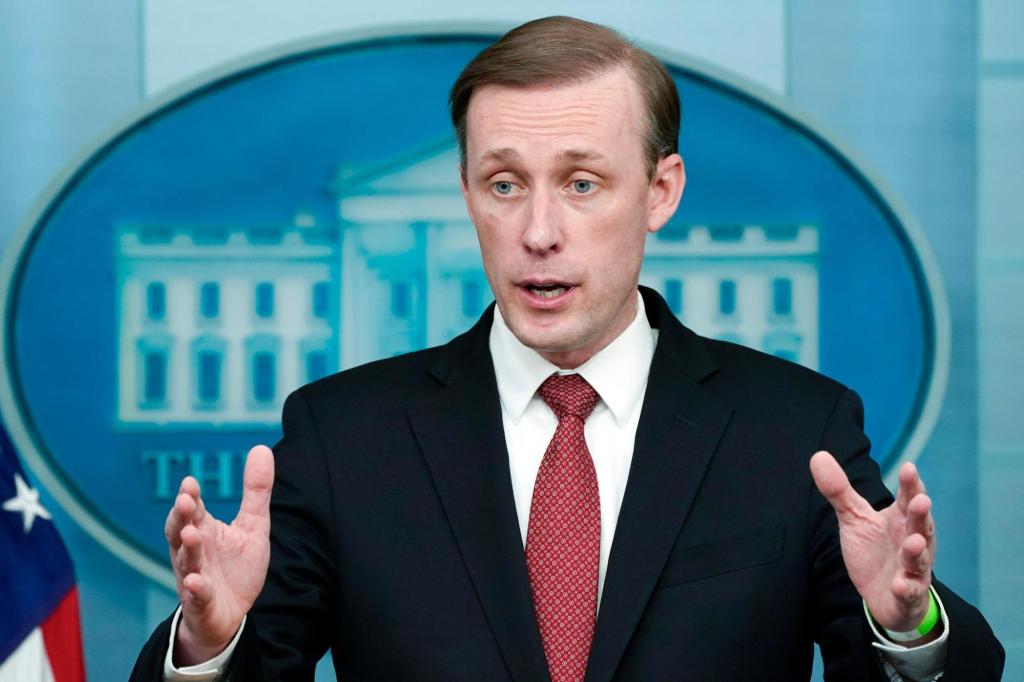 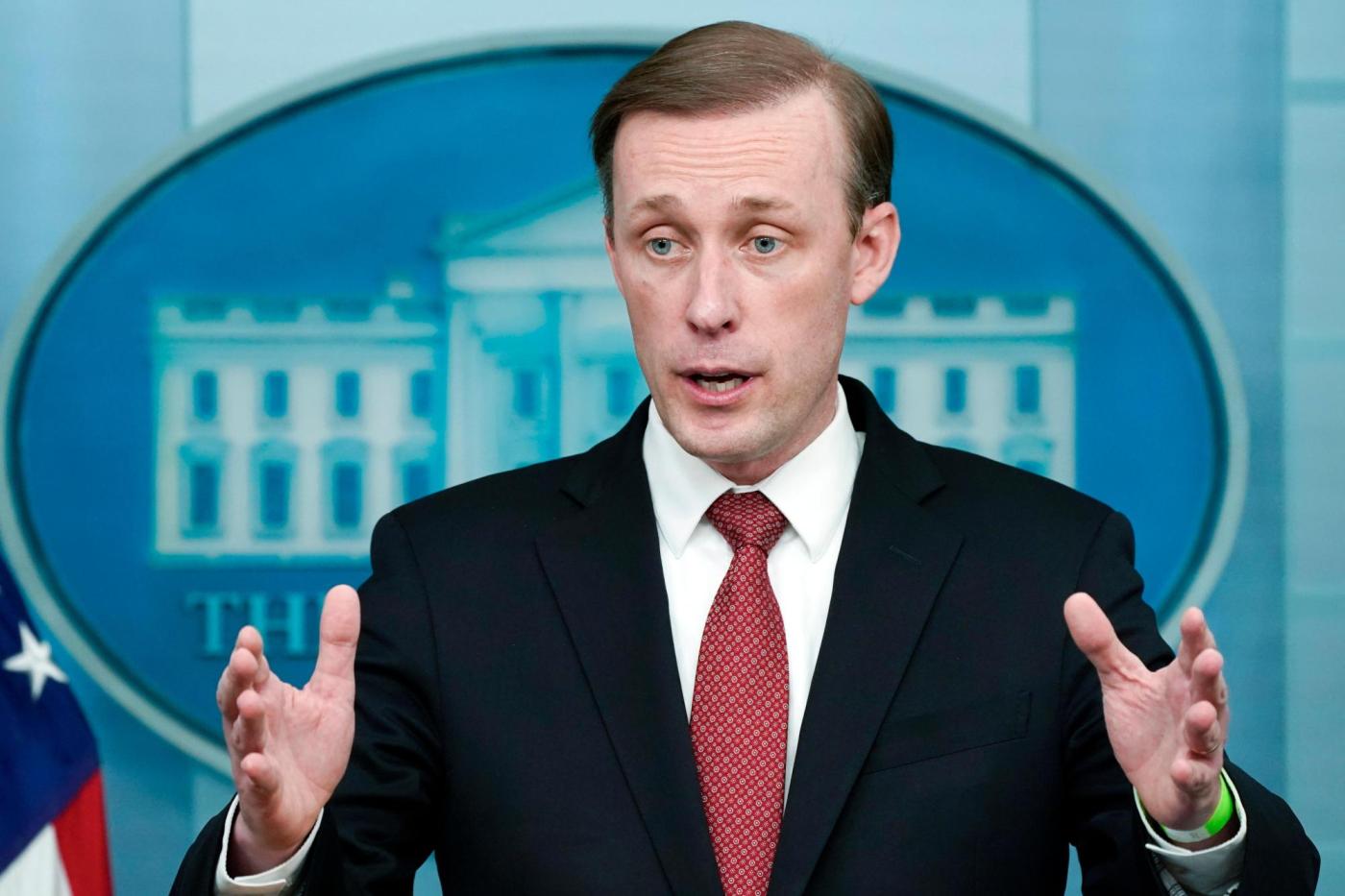 WASHINGTON (AP) — Face to face, President Joe Biden’s national security adviser warned a top Chinese official on Monday about China’s support for Russia in the Ukrainian invasion, even as the Kremlin denied reports it had requested Chinese military equipment to use in the war.

US adviser Jake Sullivan and senior Chinese foreign policy adviser Yang Jiechi met in Rome, with the Biden administration increasingly concerned that China is using the Ukraine war to advance Beijing’s long-term interest in its competition with the United States.

Sullivan was seeking clarity on Beijing’s posture and was warning the Chinese anew that assistance for Russia — including helping it avert sanctions imposed by the US and Western allies — would be costly for them.

“The national security adviser and our delegation raised directly and very clearly our concerns about the PRC’s support to Russia in the wake of the invasion, and the implications that any such support would have for the PRC’s relationship not only with us, but for its relationships around the world,” said State Department spokesman Ned Price, using the initials for the People’s Republic of China.

In advance of the talks, Sullivan bluntly warned China to avoid helping Russia evade punishment from global sanctions that have hammered the Russian economy. “We will not allow that to go forward,” he said. Russia, however, on Monday denied it needed China’s help.

“No, Russia has its own potential to continue the operation, which, as we have said, is unfolding in accordance with the plan and will be completed on time and in full,” said Dmitry Peskov, President Vladimir Putin’s spokesman.

Meanwhile, White House officials are discussing the possibility of Biden traveling to Europe to meet with allies for in-person talks about the crisis in Ukraine, according to three US officials. The officials, who were not authorized to comment publicly and spoke on the condition of anonymity, said the trip hasn’t been finalized. One is a visit to NATO headquarters in Brussels on March 24 with other potential stops in Europe, according to one of the possibility officials.

The prospect of China offering Russia financial help is one of several concerns for Biden. A US official said that in recent days, Russia has requested support from China, including military equipment, to press forward in its ongoing war with Ukraine. The official, who spoke on condition of anonymity to discuss sensitive matters, did not provide details on the scope of the request.

The Russians have seen significant losses of tanks, helicopters and other materiel since the start of the war more than two weeks ago. Ukraine, while overmatched by Russian forces, is well-equipped with anti-tank and anti-aircraft missiles.

The Biden administration is also accusing China of spreading Russian disinformation that could be a pretext for Putin’s forces to attack Ukraine with chemical or biological weapons.

Russia’s invasion of Ukraine has put China in a delicate spot with two of its biggest trading partners: the US and European Union. China needs access to those markets, yet it also has shown support for Moscow, joining with Russia in declaring a friendship with “no limits.”

Asked at a daily briefing about the reported Russian request for assistance, Chinese Foreign Ministry spokesperson Zhao Lijian said: “The US has been spreading disinformation targeting China recently over the Ukraine issue. It is malicious.”

“What is pressing now is that all parties should exercise restraint and strive to cool down the situation, rather than fueling the tension,” Zhao told reporters. “We should promote diplomatic settlements instead of further escalating the situation.”

The White House said Monday’s Sullivan-Yang talks focused on the direct impact of Russia’s war against Ukraine and on regional and global security.

Biden administration officials say Beijing is spreading false Russian claims that Ukraine was running chemical and biological weapons labs with US support. They say China is effectively providing cover if Russia moves ahead with a biological or chemical weapons attack on Ukrainians.

When Russia starts accusing other countries of preparing to launch biological or chemical attacks, Sullivan said Sunday, “it’s a good tell that they may be on the cusp of doing it themselves.”

Pentagon spokesman John Kirby, on ABC’s “This Week,” said “we haven’t seen anything that indicates some sort of imminent chemical or biological attack right now, but we’re watching this very, very closely.”

The striking US accusations about Russian disinformation and Chinese complicity came after Russian Foreign Ministry spokeswoman Maria Zakharova alleged with no evidence that the US was financing Ukrainian chemical and biological weapons labs.

The Russian claim was echoed by Chinese foreign ministry spokesman Zhao, who claimed there were 26 bio-labs and related facilities in “which the US Department of Defense has absolute control.” The United Nations has said it has received no information backing up such accusations.

There is growing concern inside the White House that China is aligning itself with Russia on the Ukraine war in hopes it will advance Beijing’s “vision of the world order” in the long term, according to a person familiar with the administration view who spoke on condition of anonymity because the official was not authorized to comment publicly.

The international community has assessed that Russia used chemical weapons in attempts to assassinate Putin detractors such as Alexei Navalny and former spy Sergei Skripal. Russia also supports the Assad government in Syria, which has used chemical weapons against its people in a decade-long civil war.

China has been one of few countries to avoid criticizing the Russians for its invasion of Ukraine. China’s leader Xi Jinping hosted Putin for the opening of the Winter Olympics in Beijing, just three weeks before Russia invaded on Feb. 24. During Putin’s visit, the two leaders issued a 5,000-word statement declaring limitless “friendship.”

The Chinese abstained on UN votes censuring Russia and has criticized economic sanctions against Moscow.

But questions remain over how far Beijing will go to alienate the West and put its own economy at risk.

Spanish Foreign Minister José Manuel Albares said Monday that he had asked his Chinese counterpart Wang Yi to use Beijing’s influence over Moscow to end the war.

“We are at a historical moment that requires responsibility and vision of all world leaders,” Albares told Wang during a telephone conversation on Monday, according to a statement from the Spanish ministry.