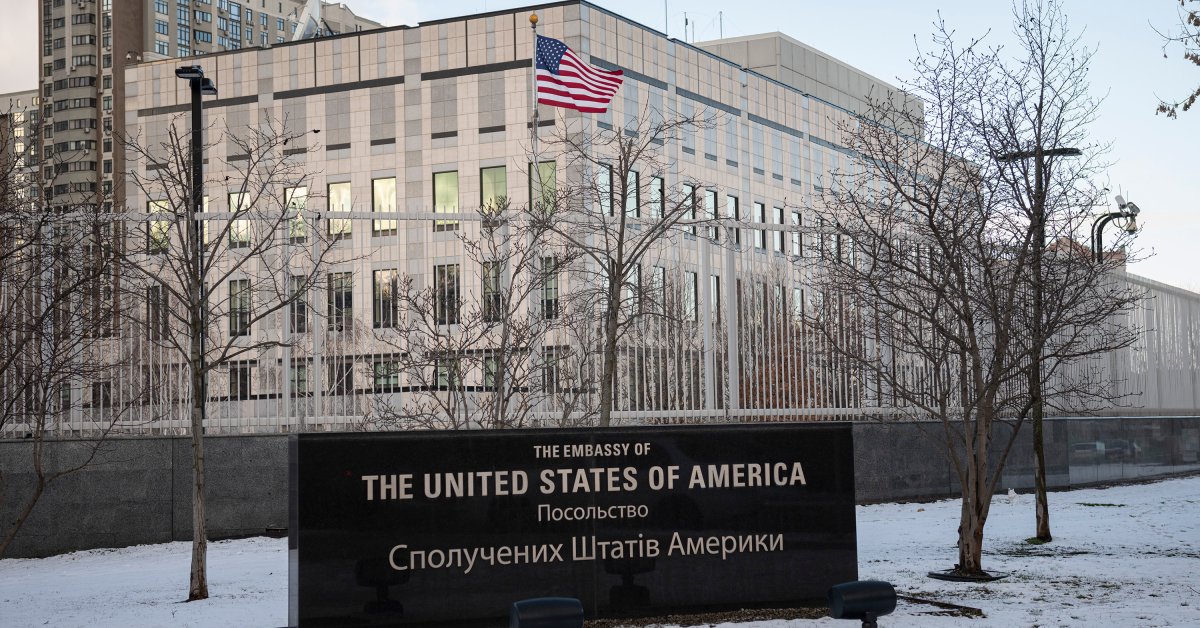 WASHINGTON — The United States is evacuating almost all of the staff from its embassy in Kyiv as Western intelligence officials warn that a Russian invasion of Ukraine is increasingly imminent.

A senior State Department official said Saturday that a very limited number of staff will stay to keep communications open with the government but all consular operations will be suspended.

The official, citing security concerns, would not say how many personnel would remain, but as of December, there were about 180 Americans working at the embassy. Some of those had already left and the majority will be returning to Washington, the official said.
[time-brightcove not-tgx=”true”]

The official said the step was taken due to the potential for major Russian attacks on Kyiv in the event of an invasion and repeated the warning that private American citizens should immediately leave.

The official spoke on condition of anonymity to discuss sensitive security information.

The State Department said it will maintain a small consular presence in Lviv, in Ukraine’s far west near the border with Poland, a NATO ally, to handle emergencies.

The State Department had earlier ordered families of US Embassy staffers in Kyiv to leave. But it had left it to the discretion of nonessential personnel if they wanted to depart.

The Pentagon has ordered the temporary repositioning of the 160 members of the Florida National Guard who have been deployed to Ukraine since late November, press secretary John Kirby said in a statement Saturday.

These troops, which have been advising Ukrainian forces, will reposition elsewhere in Europe.

Kirby said US Defense Secretary Lloyd Austin “made this decision out of an abundance of caution — with the safety and security of our personnel foremost in mind.”

“This repositioning does not signify a change in our determination to support Ukraine’s Armed Forces, but will provide flexibility in ensuring allies and deterring aggression,” Kirby said.

The Pentagon announced Friday it was sending 3,000 more combat troops to Poland to join 1,700 who already are assembling there in a demonstration of American commitment to NATO allies worried at the prospect of Russia invading Ukraine.

The additional soldiers, from Fort Bragg, North Carolina, should be in Poland by early next week, according to a defense official, who provided the information under ground rules set by the Pentagon. They are the remaining elements of an infantry brigade of the 82nd Airborne Division.

Their mission will be to train and provide deterrence but not to engage in combat in Ukraine.

That announcement came shortly after Jake Sullivan, President Joe Biden’s national security adviser, issued a public warning for all American citizens in Ukraine to leave the country as soon as possible. Sullivan said Russian President Vladimir Putin could give the order to launch an invasion of Ukraine any day now.

In addition to the US troops deploying to Poland, about 1,000 US soldiers based in Germany are shifting to Romania in a similar mission of reassurance to a NATO ally. Also, 300 soldiers of an 18th Airborne Corps headquarters unit have arrived in Germany, commanded by Lt. Gen. Michael E. Kurilla.

The American troops are to train with host-nation forces but not enter Ukraine for any purpose.

The US already has about 80,000 troops throughout Europe at permanent stations and on rotational deployments.