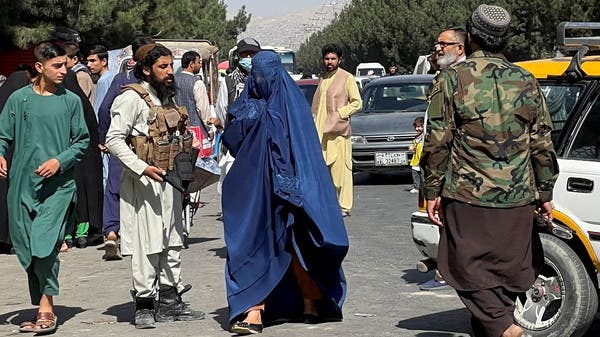 The United States is “concerned” about the erosion of women’s rights in Afghanistan, a State Department spokesperson said Saturday, after the Taliban ordered Afghan women to cover their faces in public.

“We are extremely concerned that the rights and progress that Afghan women and girls have achieved and enjoyed over the past 20 years are being eroded,” the spokesperson said, adding that Washington and its international partners “remain deeply disturbed by the recent measures taken by the Taliban”. targeting women and girls, including restrictions on education and travel.

Earlier Saturday, Afghanistan’s supreme leader and leader of the Taliban ordered women in the country to wear full-covering burkas in public – one of the toughest checks on women’s lives since the Taliban took over. the power.

“They should wear a chadori (head-to-toe burqa) as it is traditional and respectful,” said an edict issued by Hibatullah Akhundzada that was issued by Taliban authorities at a reception in Kabul.

Offensive launched against the Taliban regime in Panjshir: armed group

Taliban say burqa not compulsory for women, hijab is as they take control of Afghanistan