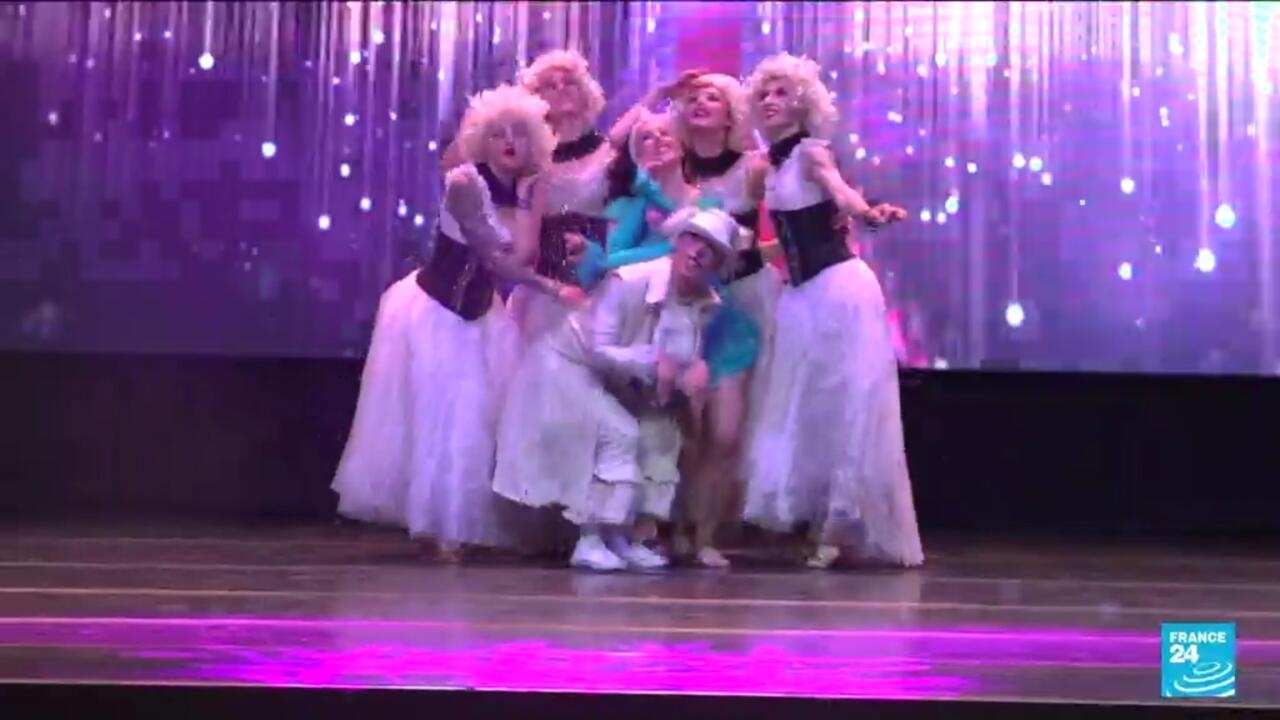 A group of 30 performers from Kyiv’s Elysium Theater-Circus were in northern Italy when Russian forces invaded Ukraine on February 24. The troupe was unable to return, sparking guilt among some members for escaping the horrors suffered by their fellow Ukrainians. But they all see their performance as an act of resistance.

Julia is busy putting on makeup hours before her circus troupe, kyiv’s Theatre-Circus Elysium, performs on an Italian stage.

“I feel bad. I feel guilty for being in a safe place and not them,” she says, referring to her fellow Ukrainians trapped in a war zone. “But I have to work so I can help them,” she concludes with determination.

The Theater-Circus Elysium was due to end its Italian tour on March 13, but the war has forced its show to continue – in Italy and Western Europe, where they plan to travel and perform over the next few months.

Thanks to a supportive network of arts professionals, several Italian theaters have opened their doors to the Ukrainian troupe. “We don’t want to stop,” said the group’s executive director, Oleksandr Sakharov, adding that their job now is to show the world the bravery and fighting spirit of the Ukrainian people.

Click on the player to see the full report.