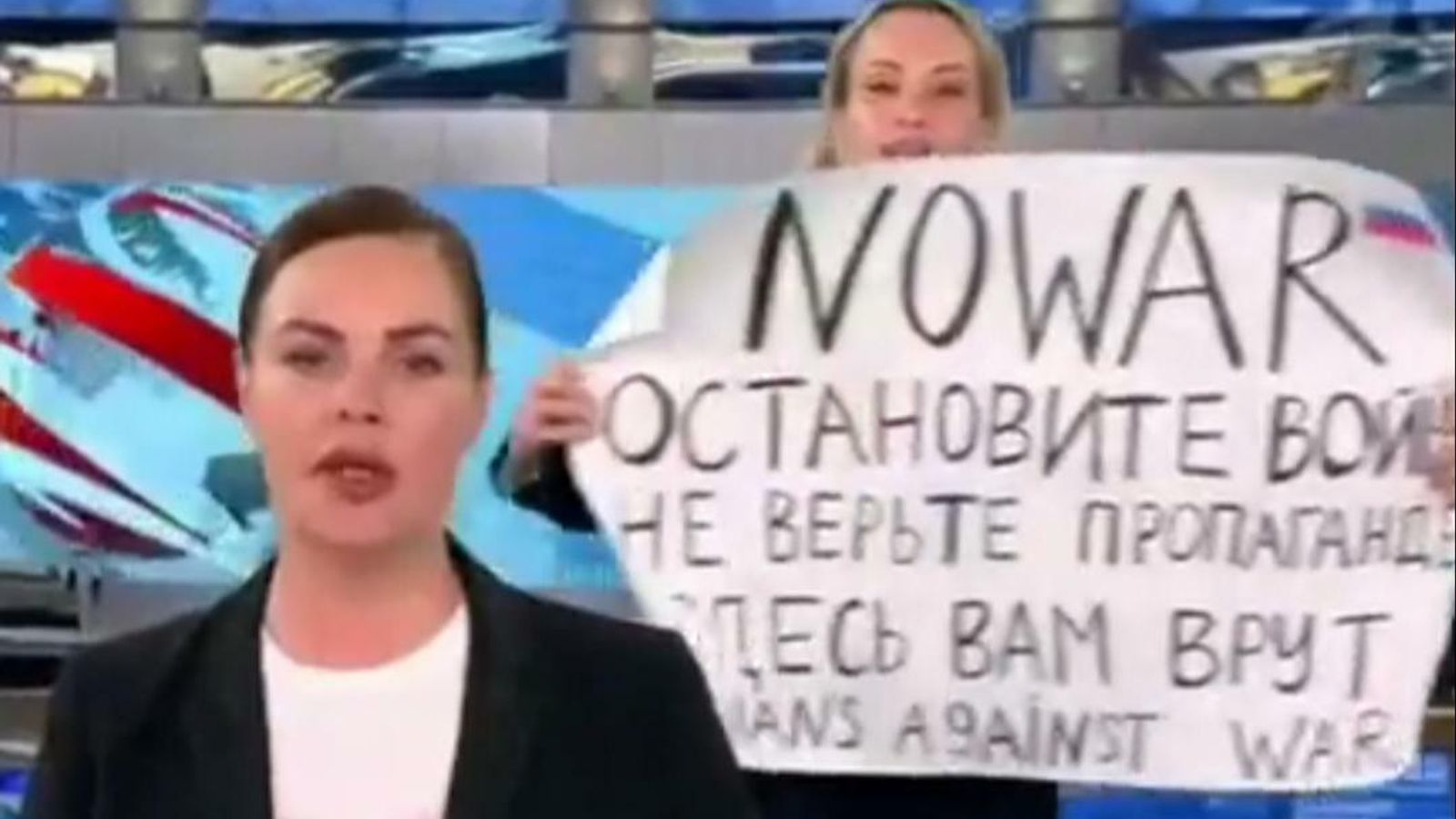 An anti-war protester has interrupted the main news program on Russia’s foremost state TV station, holding a sign which told viewers: “They are lying to you.”

During the live broadcast on Channel One, the woman, who is thought to have worked for the company for years, walked on to the set behind the presenter with a placard denouncing the country’s invasion of Ukraine.

In English, it read: “No war. Russians against war.”

And in Russian it said: “NO WAR. Stop the war. Don’t believe propaganda. They are lying to you here.”

She could still be heard after the broadcast was switched to alternative output.

Kira Yarmysh, a spokeswoman for jailed Kremlin critic Alexei Navalny, posted footage of the incident on Twitter with the caption: “Wow, that girl is cool.”

The woman was named by OVD-Info, an independent protest-monitoring group, and by the head of the Agora human rights group, as Ms Ovsyannikova, an employee of the channel.

The protester, who says her father is Ukrainian and her mother Russian, also released a video of herself before her demonstration, in which she blamed President Vladimir Putin for the war. 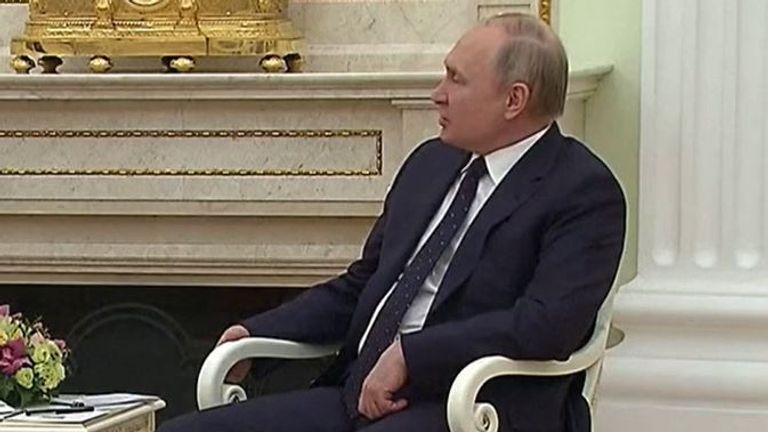 She said that “unfortunately” she had been working for Channel One in recent years, working for the “Kremlin’s propaganda and I’m very ashamed of it – that I was letting them tell those lies from the TV screen… and allowed the Russian people to be zombies”.

She added: “We kept silent in 2014 when all of this was just in the beginning (annexation of Crimea). We didn’t go to rallies when the Kremlin poisoned Navalny. We just silently watched this inhumane regime. Now the whole world has turned away from us, and even 10 generations of our descendants will not be enough to wash away the shame of this fratricidal war.

“We, the Russian people, thoughtful and smart. It’s up to us to stop this madness. Go to rallies, don’t be afraid of anything, they can’t imprison all of us.”

Pavel Chikov, head of Agora, said the demonstrator had been arrested and taken to a Moscow police station.

Channel One said it is conducting an internal review into the incident, Tass news agency reported.

The station is broadcast throughout Russia and has more than 250 million viewers worldwide.

It closely follows the Kremlin line that Moscow was forced to act in Ukraine to demilitarize and “de-Nazify” the country in a “special military operation”.

In recent weeks, Russia has introduced broad new legislation designed to clamp down on free speech, which it says is to prevent “public dissemination of deliberately false information”.

If charged under the law, the Channel One protester could face between three and 15 years in jail.

• Aid convoy into besieged city of Mariupol still being blocked, says Ukraine
• Russia says there has been ‘substantial progress’ in peace talks
• Pregnant woman pictured being evacuated from bombed Mariupol hospital dies with baby
• Twenty-one children arrive in UK for ‘life-saving’ treatment
• Ukraine’s leader Volodymyr Zelenskyy awards medals as he visits wounded personnel
• Britons who take in refugees will get £350 per month ‘thank you’ payment’