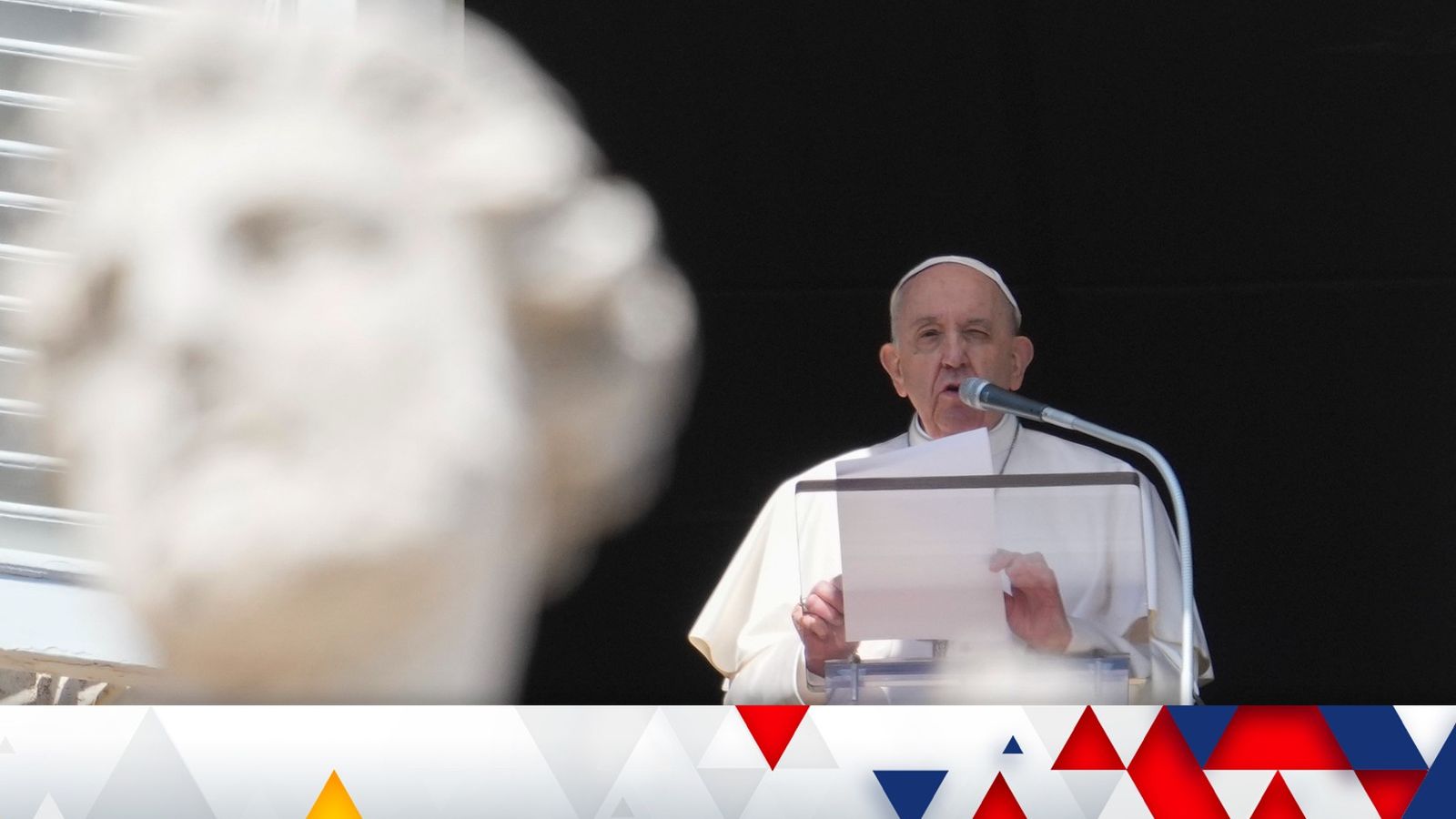 Pope Francis has called on Vladimir Putin to stop the “massacre” in Ukraine, warning cities risk being “reduced to cemeteries”.

He said “this unacceptable armed aggression” against Ukraine must stop.

Speaking to thousands of people in St Peter’s Square for his Sunday blessing, the pontiff described Russian strikes on children’s hospitals and civilians as “barbaric” and said they have no “valid strategic reason”.

He said Mariupol – the southern Ukrainian city which “bears the name” of the Virgin Mary – had “become a city martyred by the heartbreaking war”.

He prayed for an end of the bombings and other attacks and for ensuring that humanitarian corridors “are safe and secure”.

His comments come after a series of attacks on hospitals, religious buildings and civilian areas.

In Mariupol, one of the worst-hit cities, efforts to supply food, water and medicine and to evacuate civilians were prevented by unceasing attacks.

Russian soldiers pillaged a humanitarian convoy that was trying to reach Mariupol and blocked another, a Ukrainian official said.

• Thirty five people killed after Ukrainian base used for NATO drills is hit by strikes
• Putin’s potential use of nuclear weapons a concern for UK government, Gove says
• Ukraine working with Israel and Turkey as mediators for peace talks with Russia
• Invaders’ are trying to turn Kherson into ‘breakaway regions’, Zelenskyy says
• Ukrainian president also says Russian forces face fight to the death if they try to take Kyiv
• Russia ‘installs new mayor in Ukrainian city of Melitopol’
• Britons who host refugees will get £350-a-month ‘thank you’ from the government
• Trump says he kept US out of war and warns Putin will get worse

More than 1,500 people have died in Mariupol during the 12-day blockade.

According to the mayor’s office the shelling has even interrupted efforts to bury the dead in mass graves.

in a video address on Sunday, Ukraine President Volodymyr Zelenskyy said nearly 125,000 people have been evacuated via humanitarian corridors from conflict zones.

“Today the key task is Mariupol,” he said, adding that a humanitarian supply convoy was now only 50 miles (80km) away from the port city where more than 400,000 people are trapped.