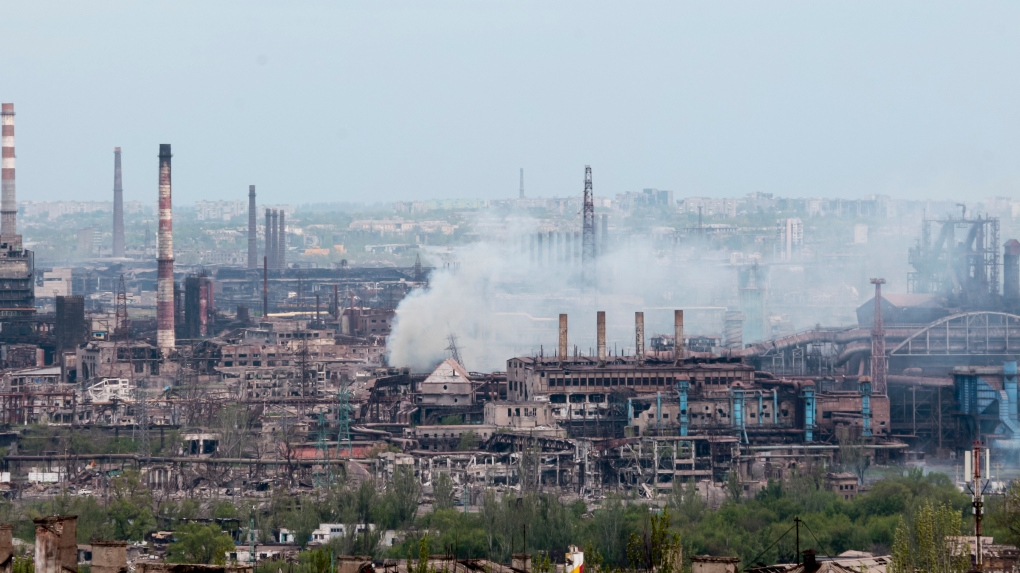 Ukrainian troops consolidated their positions around the country’s second-largest city on Saturday as Russian forces launched more punitive attacks on a beleaguered steel mill in a bid to complete their conquest of the southern port of Mariupol in time for the celebrations of the Victory Day.

As Monday’s holiday commemorating the Soviet Union’s victory over Nazi Germany in World War II approaches, Ukrainian cities have braced for an expected increase in Russian attacks. Officials have urged residents numbed by more than 10 weeks of war to heed air raid warnings.

The heaviest fighting in recent days has been in eastern Ukraine, where both sides are entrenched in a fierce race to seize territory not under their control. Western military analysts said a Ukrainian counteroffensive was advancing around the northeastern city of Kharkiv, while the Russians were making minor gains in Lugansk, an area where Moscow-backed separatists have beaten since 2014.

In this context, the Ukrainian fighters were trying a last stand to prevent a complete takeover of Mariupol. Securing the strategically important Sea of ​​Azov port that would give Moscow a land bridge to the Crimean peninsula, which Russia annexed from Ukraine in a 2014 invasion.

New satellite photos analyzed by The Associated Press showed widespread devastation at a sprawling seaside steelworks that is the last corner of Ukrainian resistance in the city. The Azovstal factory buildings, including one that is believed to be hiding hundreds of fighters and civilians, had large gaping holes in the roof, according to footage shot Friday by Planet Labs PBC.

The shelling of the steelworks has intensified in recent days despite a Russian promise of a temporary ceasefire to allow civilians inside to escape. Russia used mortars, artillery, truck-mounted rocket systems, aerial bombardment and shelling from the sea to target the facility.

Rescuers sought to evacuate more civilians on Saturday after a week of intermittent convoys to get people out of Mariupol. Dozens of civilians were handed over to the care of representatives of the United Nations and the International Committee of the Red Cross on Friday, Russian and Ukrainian officials confirmed. The Russian military said the group of 50 included 11 children.

The latest evacuees followed around 500 others who were allowed to leave the factory and other parts of the city in recent days.

The Ukrainian government has called on international organizations to also help evacuate the fighters defending the plant. According to Russia’s most recent estimate, about 2,000 Ukrainian fighters remained in the Azovstal steelworks. They repeatedly refused to surrender.

Kharkiv, which was the first Soviet capital in Ukraine and which Russian-backed rebels failed to capture in 2014, remained a key target of Russian bombardment, the Ukrainian military said. The Ukrainian army said it had advanced around the hotly contested city with a pre-war population of around 1.4 million, taking over five villages and part of a sixth.

A Washington-based think tank, the Institute for the Study of War, said in its latest assessment that Ukraine may be able to push Russian forces “out of Kharkiv’s artillery range in the coming days. “, offering respite to the city and building the momentum “in a successful and wider counter-offensive”.

Zelenskyy said in his evening speech that “the extraordinary strength of the Ukrainian position” lies in the fact that all countries in the free world understand what is at stake in this ruinous war.

– Four Russian cruise missiles fired from planes hit the Odessa region, where authorities have put in place a curfew until Tuesday morning. Natalia Humeniuk, spokeswoman for the Ukrainian army’s Southern Operational Command, made the announcement on Saturday afternoon as air raid sirens sounded across much of the country. She said the strike targeted the town of Arcyz and no one was injured.

– Satellite photos analyzed by the AP showed Ukraine targeting a Russian-held island off its coast in an effort to obstruct Russian efforts to control the Black Sea. The Planet Labs PBC image showed thick black smoke rising off Snake Island, about 35 kilometers (20 miles) off the coast of Ukraine.

– A Russian missile on Saturday destroyed a Ukrainian national museum dedicated to the life and work of an 18th-century philosopher, the local council said. He posted photographs on Facebook showing the Gregory Skovoroda Museum engulfed in flames.


Gambrell reported from Lviv, Ukraine. Yesica Fisch in Zaporizhzhia, Inna Varenytsia and David Keyton in Kyiv, Yuras Karmanau in Lviv, Mstyslav Chernov in Kharkiv, Lolita C. Baldor in Washington, and AP staff around the world contributed to this report.


Do you have any questions about the attack on Ukraine? E-mail dotcom@bellmedia.ca.