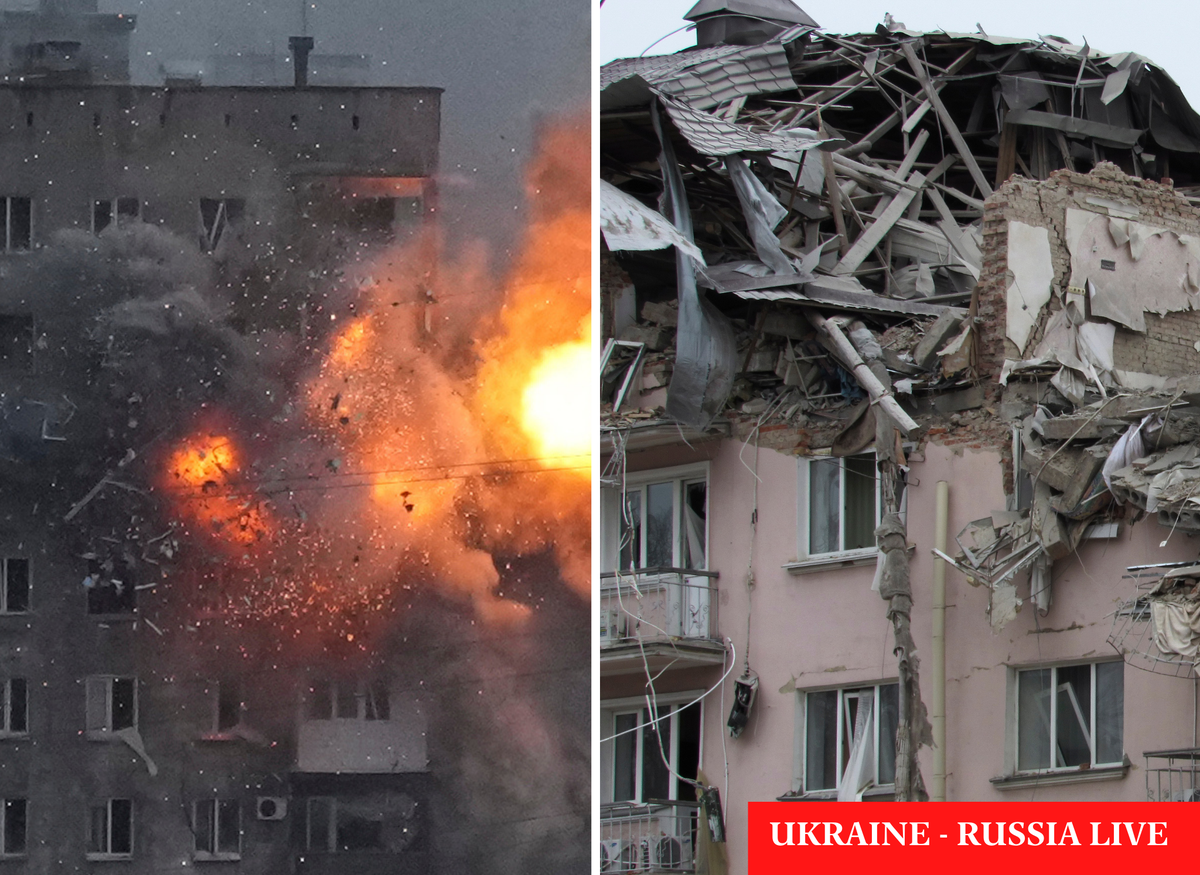 At least 35 people have been killed and a further 134 injured following an airstrike launched on a Ukrainian military base in the west of the country 35km (22 miles) from the Polish border, officials have said.

The incident appears to be the westernmost attack since the war began on 24 February.

The ferocious attack took place 30km (19 miles) northwest of the city of Lviv and 35km (22 miles) from Ukraine’s border with Poland, he added.

The US and Nato have regularly sent instructors to the range, also known as the International Peacekeeping and Security Centre, to train Ukrainian military personnel. The facility has also hosted Nato drills.

A representative for the ministry told Reuters it was still trying to establish if any of the instructors were at the center at the time of the attack.

Nato have since confirmed that none of their personnel were present.

Putin ‘out of control’ and potential use of nuclear weapons a concern, says Michael Gove

Vladimir Putin is “out of control” and has committed war crimes with his invasion of Ukraine, said cabinet minister Michael Gove – who said the UK government was concerned about Russia’s nuclear threat.

Mr Gove said he does not think it is helpful to think of Russian president as “mad” – but said he was operating in a “moral sphere the rest of us would find almost impossible to conceive of”.

Asked whether the possibility that the Putin regime could use nuclear weapons was a real concern for the UK government, the senior minister says: “Yes.”

Adam Forrest has the story:

Watch: Russian tank crushes car with boy inside in Zaporizhzhia

Russian tank crushes car with boy inside in Zaporizhzhia

Turkish foreign minister Mevlut Cavusoglu has said that there was no damage to the mosque in the southern Ukrainian port city of Mariupol following reports it was shelled yesterday by Russian forces.

He hoped for progress could be made on evacuating Turks stuck in the mosque and sought help from his Russian counterpart on the issue.

Ukraine’s foreign ministry yesterday said that Putin’s forces had shelled the mosque, where more than 80 adults and children, including Turkish citizens, had taken refuge.

Update: At least 35 killed in airstrike on Lviv military base 35 km from Polish border, officials say

At least 35 people have been killed and a further 134 injured following an airstrike launched on a Ukrainian military base in the west of the country 35km (22 miles) from the Polish border, regional governor Maksym Kozytskyy said in an updated statement.

Refugees continue to arrive in Poland in the hunt for food and shelter more than two weeks after Russia launched an all-out invasion of Ukraine.

Hundreds of thousands of children are among two million refugees who have fled Ukraine to neighboring countries.

A total of 85 children have been killed and a further 100 wounded since Russia invaded its neighbor on 24 February, the office of Ukraine’s prosecutor general said.

It added that bombings and shelling have damaged 369 educational facilities in the country, 57 of which have been “completely destroyed.”

Ukraine’s minister for foreign affairs has claimed that Russian troops have abducted another mayor, this time from a city in the Zaporizhzhia oblast.

He added: “Getting zero local support, invaders turn to terror. I call on all states & international organizations to stop Russian terror against Ukraine and democracy.”

The UK’s chancellor of the exchequer Rishi Sunak has called on more British companies to “wind down” their existing investments in Russia.

“While I recognize it may be challenging to wind down existing investments, I believe there is no argument for new investment in the Russian economy,” Mr Sunak said in a video message on Twitter.

“I am urging asset owners and managers to think very carefully about any investment that would in any sense support Putin and his regime.”