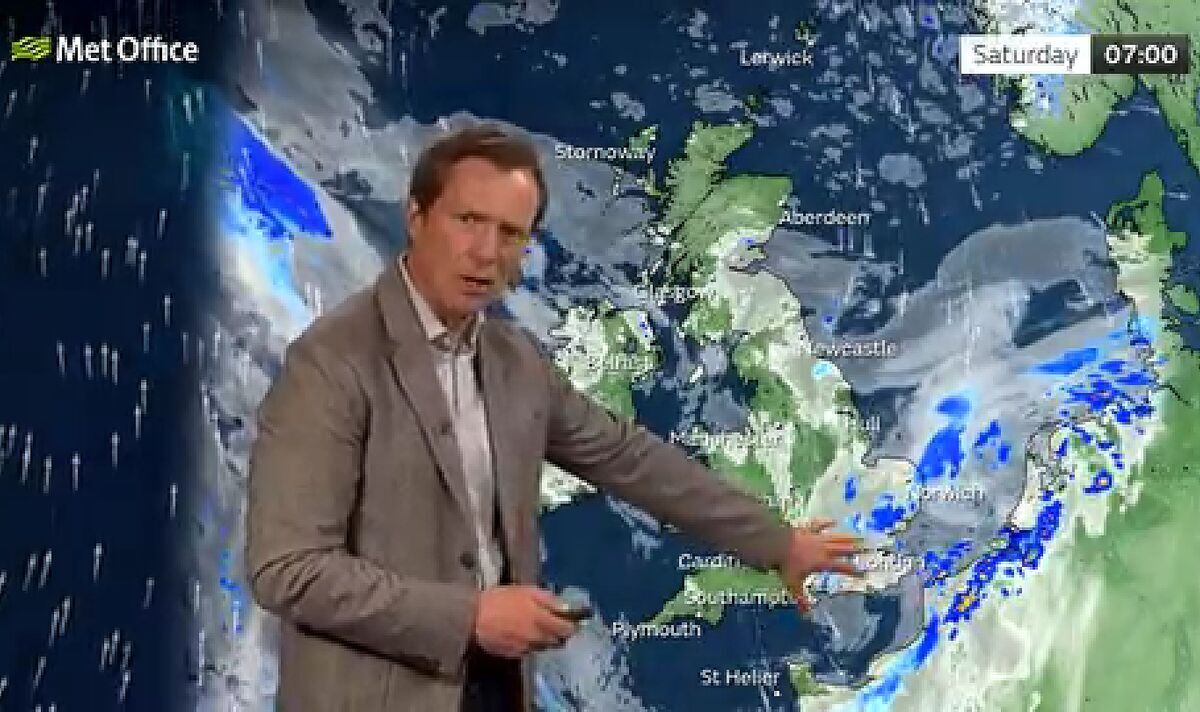 The Met Service said parts of Wales and south-west England will hit 20 degrees on Saturday after some initial cloud and drizzle. In its forecast, the Met Office said Sunday would be a “beautiful” day, as would Monday and Tuesday in the south and east.

However, on Saturday morning there would be rain first before clearing up and becoming cloudy in the evening.

“Elsewhere, most areas are drying out with hot sunny spells and light winds. A few light showers developing across Scotland.

“Most areas are drying up with clear periods. Low cloud developing in parts of England and spreading westward overnight. It’s cold in the northeast.

On Sunday, the Met Office said clouds would lift with the appearance of the sun, but there is a risk of unstable weather in the evening.

They said: ‘The first low clouds will soon dissipate to leave a fine day with warm sunny spells in most areas.

“Becoming windier and cloudier in the extreme northwest with some rain.”

Monday will be relatively dry with the possibility of more unstable weather on Tuesday and Wednesday, according to the weather service.

READ MORE:Britons to soak in mini heatwave as weather ‘warms up’ with 25C

He said: “For the most part it looks dry and bright with the major exception of what will be East Anglia and the South East where it will certainly be quite dull at first.”

However, he added that it will heat up in the afternoon, especially compared to Friday.

He said: “We are going to see a bit of a change from Friday.

“Replaced by temperatures between the mid and upper teens. It is further west that we will see the highest temperatures with in particular Wales and the South West of England until the 20s.

Mr Deakin added that Saturday night and Sunday would be mostly dry.

He said: “Most places are going to be dry with occasional showers in North West England and South West Scotland.

“For the most part Sunday is dry and bright, probably drier for East Anglia and the South East. Again there will be areas of cloud, especially the northwest. »