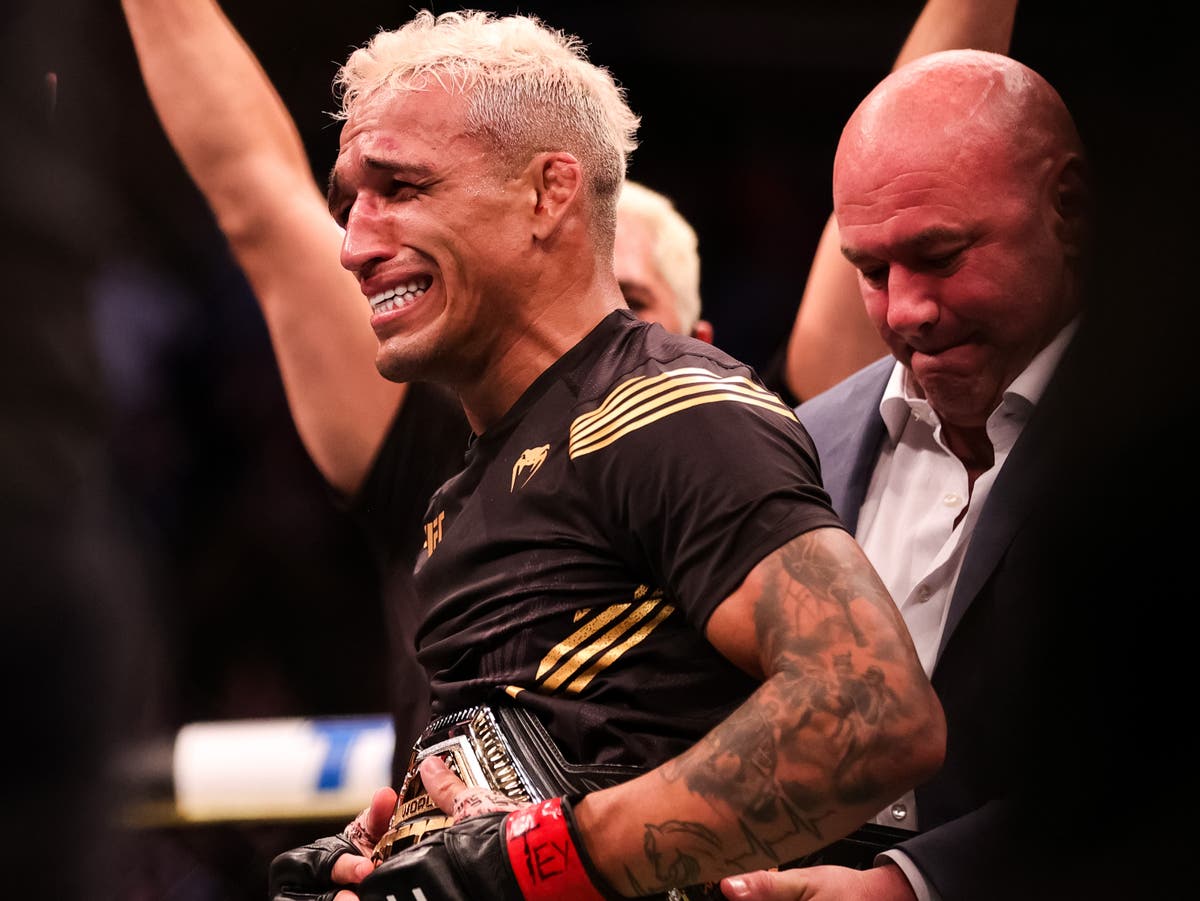 UFC 274 was turned upside down on Friday, when Charles Oliveira was stripped of the lightweight belt for lack of weight ahead of his scheduled title defense against Justin Gaethje.

Oliveira was scheduled to defend the title against former interim champion Gaethje in Saturday’s main event, but the Brazilian came in half a pound over the 155-pound limit. As a result, the UFC stripped Oliveira of the belt, which he is also ineligible to win back this weekend – although Gaethje could claim gold.

In the co-main event, Carla Esparza seeks her second victory over Rose Namajunas and her second reign as strawweight champion, while Namajunas looks to avenge that loss against fellow American and retain the gold.

Before those fights take place, Michael Chandler and Tony Ferguson go head-to-head in a meeting of fan favorites looking to get closer to the lightweight title picture.

Here’s everything you need to know about UFC 274.

UFC 274 takes place on Saturday, May 7 at the Footprint Center in Phoenix, Arizona.

How can I watch it?

The card will be shown live on BT Sport in the UK, with the broadcaster’s app and website also showing the fights.

In the US, ESPN+ will show the action live, as will UFC Fight Pass.