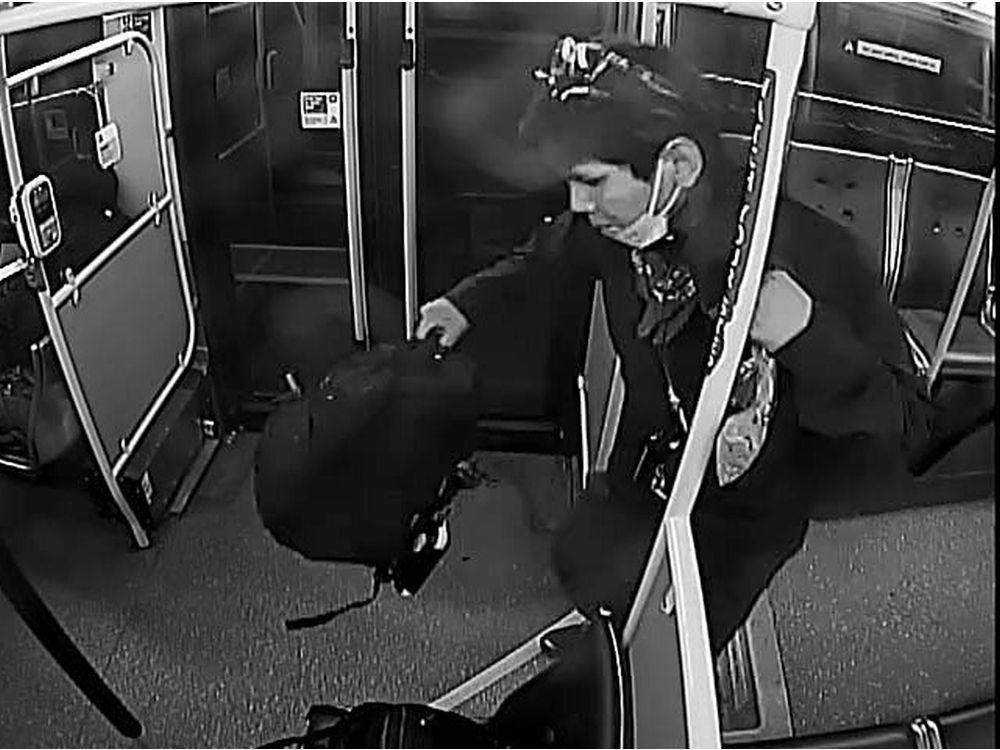 Transit Police said a man shoved his arm around the clear barrier separating the driver and released what’s believed to be bear spray in the driver’s face.

Police have released surveillance footage of a person-of-interest after a man boarded a TransLink bus, sprayed the driver with bear spray and took off.

At around 2:45 am on Feb. 20, a man got on a bus in the 900-block of Main Street in Vancouver and sat toward the back of the vehicle. A few minutes later, the man got up while the bus was moving, stumbled and dropped his things. After collecting his belongings, he sat in a seat toward the front of the bus, across the aisle from the driver.

At the next stop, Transit Police alleviate the man shoved his arm around the clear barrier separating the driver and released what’s believed to be bear spray in the driver’s face. The man then ran north on Main Street.

There had been no interaction between the man and the driver before the assault, police said.

The driver had trouble breathing and was treated by firefighters. While he wasn’t otherwise physically harmed, the driver’s mental health has been affected.

“This employee was providing an essential and highly valuable service to the public,” said Const. Amanda Steed. “Everyone deserves to be free from fear of harassment or assault while on transit, including the front-line employees who keep the system moving. Violence of any kind will never be tolerated.”

The man being sought by police is described as between 35 and 45, possibly Indigenous, with a slim build and short black hair. He was wearing a black hooded jacket, dark pants, black runners, a black backpack with a Naloxone kit hanging from the shoulder strap, sunglasses, a medical mask and a necklace with a pendant or keys hanging on his chest.