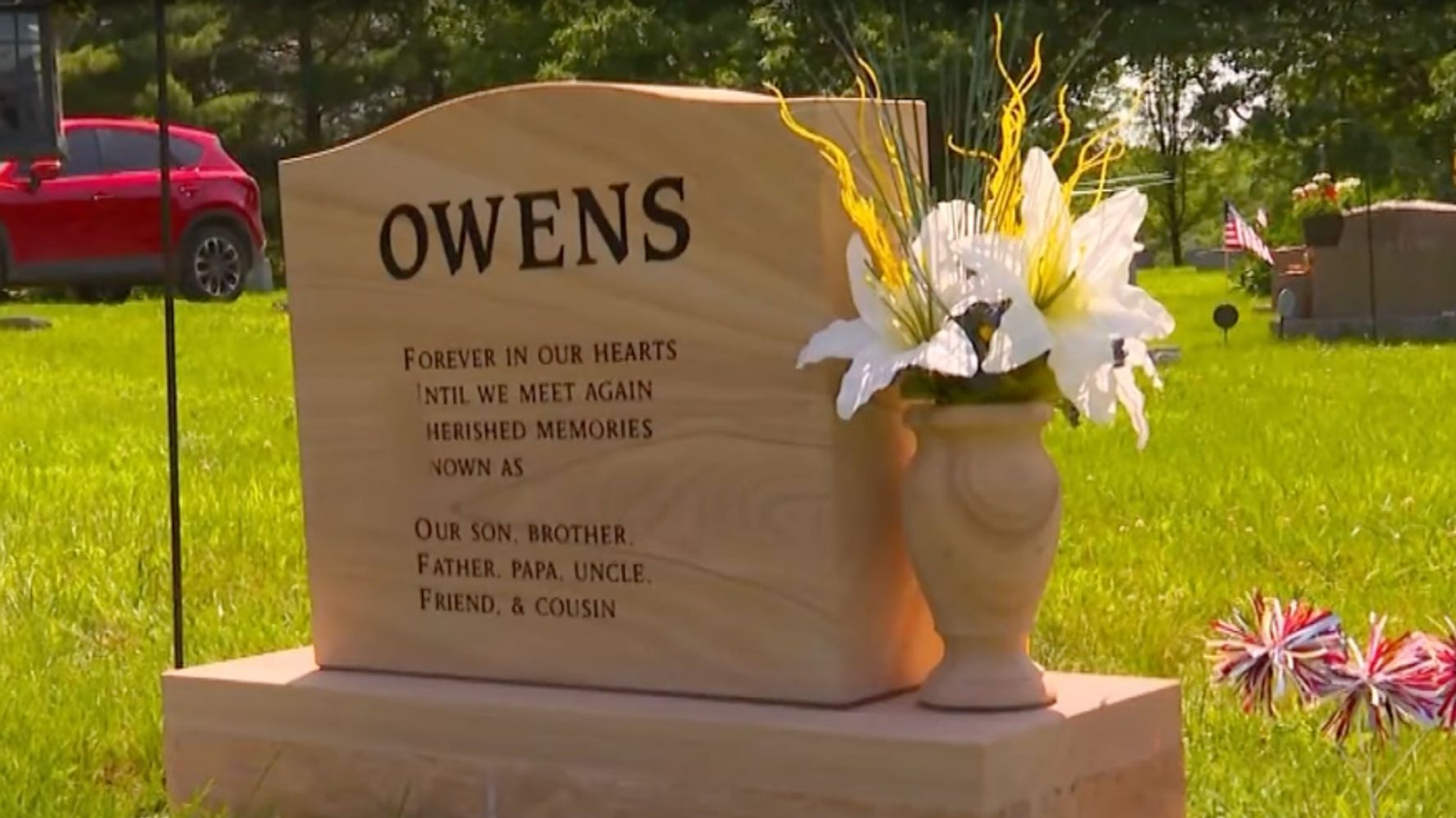 An Iowa cemetery thinks a family’s latest prank on a loved one is a big mistake.

Steven “Stevie” Paul Owens died Sept. 2, 2021, “to go play Yahtzee in heaven with his mom,” according to his obituary. The longtime Cubs and Steelers fan who “enjoyed his conversation with a fireball shot” was buried at Warren-Powers Cemetery in Polk County.

Which was all well and good until Owens’ family decided to give the colorful language they used in his obituary a boost by adding some subtle profanity to his recently installed headstone, the local news channel KCCI-TV reports.

One side of the tombstone is perfectly innocent, containing a saying Owens’ grandparents liked to use: “If you don’t listen, you’ll have to feel.”

The other side, however, contains several strategically placed lines, the first letters of which spell “fuck you”.

Owens’ family members said Owens would have loved the hidden message – and used the phrase often.

“It was definitely his term of endearment,” Owens’ daughter, Lindsay Owens Andrews, told KCCI. “If he didn’t like you, he didn’t talk to you. It’s just who he was.

Owens’ son, Zachary Owens, told the TV station that he and other family members even tried to wring the sentence out of him at times.

“He gets angry easily. It was always a goal of some kind to get him told to do that,” Zachary Owens said. Survivors of Steven Owens said he did not know of the inscription before his death, but would find it amusing.

Unfortunately, Warren-Powers Cemetery and the families of others buried on the grounds don’t find the joke very funny.

The cemetery board told the Owens family and the headstone maker not to place it. But they did it anyway.

In a statement emailed to local news station WHOthe council said profanity is not permitted on monuments because “others who have a place in the graveyard have a right of decency accorded to them”.

“They don’t want and don’t appreciate the stone being in the cemetery,” the statement said. “This community will not stop until the tombstone is removed.”

But the Owens family thinks everyone should relax (and maybe a shot of Fireball might help).

“Nobody’s forcing anybody to come out and watch it. It’s a choice you make,” Zachary Owens told KCCI. “We didn’t do it to offend anyone or hurt whose feelings whether it be. We did it because he was our father and we love him and that’s how we remember him.