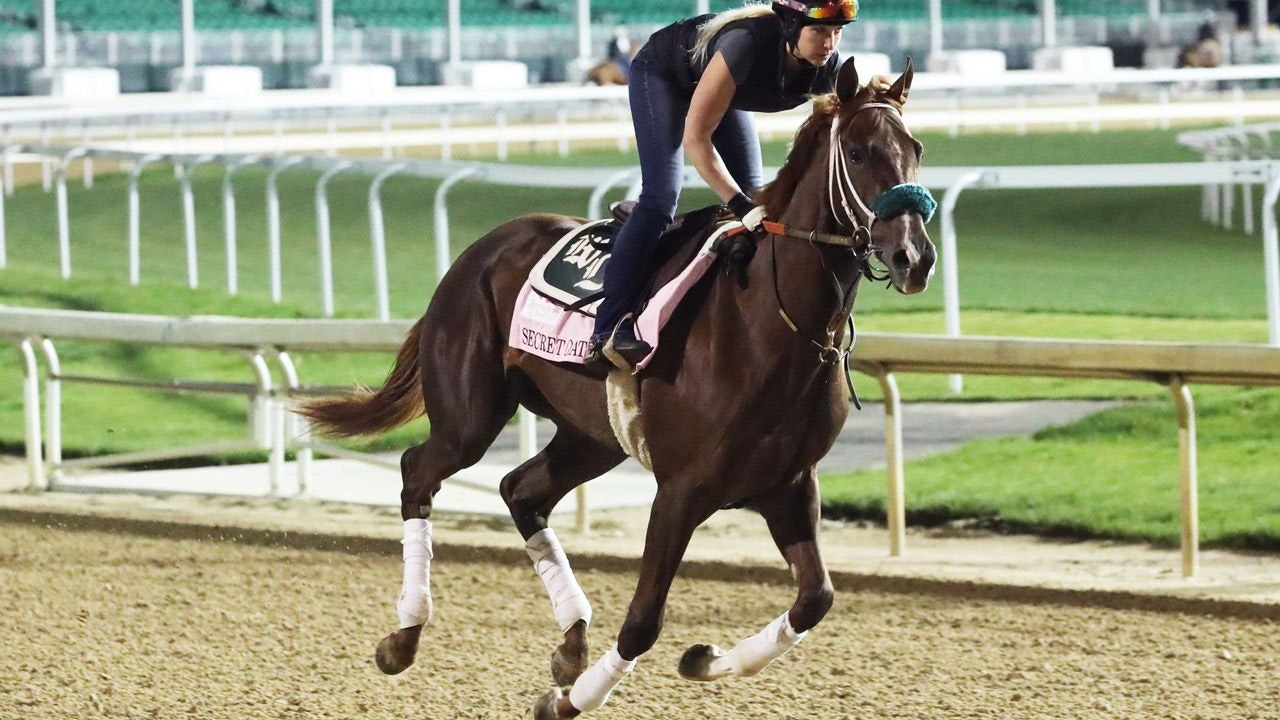 An overflow field of 15 sophomore fillies will go after the $1.25 million Kentucky Oaks (G1) at Churchill Downs on Friday. The massive race day feature drew a superb cast of three-year-olds who will race 1 1/8 miles over dirt in one of the most competitive renditions of racing in recent memory.

#1 SECRET OATH (6-1) dominated the fillies this season and won a fine third place in the Arkansas Derby (G1) against the boys of conditioner D. Wayne Lukas. The fantastic filly from Arrogate will be in top form with seven test drives to date, and if she is able to overcome a tricky rail post then she is considered the one to beat in my opinion. Luis Saez takes the reins.

#2 NOSTALGIC (15-1) has never been so good for Bill Mott Conditioner. Godolphin’s strain put in its best performance eclipsing the Gazelle S. (G3) last time out, and another step forward will give it a big chance on Friday under Jose Ortiz. The price is right too.

#3 HIDDEN CONNECTION (20-1) boasts a grade 3 score from just one run on the course under trainer Bret Calhoun. The daughter of Connect had a nice preparation for this tilt with a serious second in the Fair Grounds Oaks (G2), and she could peak on her third start after the layoff. Reylu Gutierrez has the mission.

#4 NEST (5-2) roared home an emphatic 8 1/4 length winner from the Ashland S. (G1) for Todd Pletcher. The once-beaten filly Curlin has shown continued progress over her life and she has posted two strong morning exercises in the meantime. She will keep pace from the start with regular driver Irad Ortiz at the controls.

#5 GODDESS OF FIRE (15-1) was a clear second in finishing runner-up to Gulfstream Park Oaks (G2) on her last trip. The Mineshaft girl has yet to break through with a signature count, but she’s been close a few times and has plenty of Exotic appeal at a good price. John Velazquez will guide Pletcher’s pupil.

#6 YUUGIRI (30-1) led every call to record his first Graduated Stakes win in the Fantasy S. (G3) at Oaklawn Park last time out. The bay filly has never missed the board in her five-race career, but she will need a lifetime record to shake up that cast on Friday. Florent Geroux will guide the always good second.

#7 ZULU ECHO (4-1) brings his undefeated mark to the Oaks for Steve Asmussen. The three-time freshman star got a little tired late in the Fair Grounds Oaks (G2) on her first try of the season, but she showed heart late and will improve with this performance. The two-year-old champion hasn’t been led in four straight and is the most obvious to catch under Rosario.

#8 VENTI VALENTINE (20-1) has finished first or second in each of his five attempts to date for Jorge Abreu. The double stakes winner has a versatile racing style and is peaking with a third outing in 2022. Tyler Gaffalione is in the silks of the New York bred Firing Line filly, who is looming as a contender.

#9 DESERT DAWN (20-1) upset the Santa Anita Oaks (G2) and goes under Philip D’Amato’s radar. Three-year-old Cupid has certainly hit the mark in her final attempt, but the Arizona student will have to prove it to me in a full group of class competitors before I can confidently support her. Umberto Rispoli will drive the Californian invader.

#10 KATHLEEN W. (7-2) is four for four while posting a devastating turn of foot at every opportunity for Shug McGaughey. The Upstart daughter gives the impression of a filly who will thrive moving at nine furlongs, and she posted a trio of beautiful morning moves ahead of her biggest test yet. Javier Castellano retains the mount.

#11 COCKTAIL MOMENTS (30-1) has won or placed in all career shows to date, including a daylight victory at Churchill Downs on his debut as a two-year-old. The dark bay daughter of Uncle Mo finished second in the Ashland S. (G1) match last time out and has plenty of exotic appeal on the court for trainer Kenny McPeek. Corey Lanerie will make a late run atop the interesting longshot.

#12 CANDY RAID (30-1) rushed home to earn a clear victory over the All-Weather in the Bourbonette Oaks, most recently for coach Keith Desormeaux. However, the Candy Ride filly has never run so well on dirt, and she would be a huge surprise against this field.

#13 SHHAHAMA (15-1) is considered the joker in the cast while making his US debut. Munnings’ daughter has gone four for four in Dubai this campaign, winning every race by a good margin on pace, and she could be any sort in her first race for Pletcher. The Kentucky breed will have Flavien Prat in the silks, which is a clear advantage.

#14 IN TOURNAMENTS (20-1) tired late in the Fair Grounds Oaks (G2) after a nice tally in the Rachel Alexandra S. (G2) for conditioner Brad Cox. The talented Miss Nyquist draws the widest in the main body of the peloton, and she looks to be a cut below the best fillies in the peloton at this stage of her development. Manny Franco inherits the ride.

#15 START (30-1) is the first on the list also eligible for Peitz. Chestnut has improved in every career performance to date, but she’ll need a big step up to challenge this group late on if she makes it into the squad.