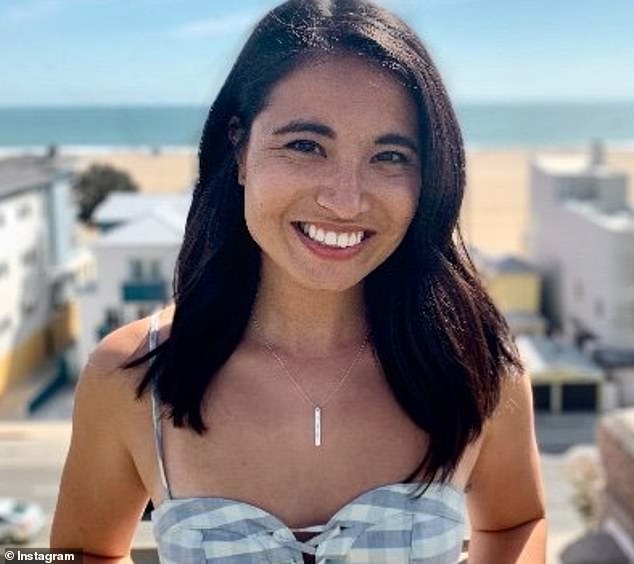 By Abi Turner For Mailonline

An author has revealed how she’s gone from self-publishing a book she thought didn’t have mainstream appeal to the top of the best sellers’ list – after TikTok users loved her novel so much she was snapped up by publishers.

Olivie Blake, who lives in California, says she still can’t understand the success of her book, The Atlas Six, which has soared to success after a bidding war between publishers.

The fantasy novel has quickly racked up more than 20 million views amongst book lovers on TikTok and is currently at the top of The Sunday Times bestseller fiction list, only a week after its publication as a hardback in Britain.

She told The Sunday Times: ‘It’s fairly impossible for me to wrap my mind around any of this.’

Scroll down for video 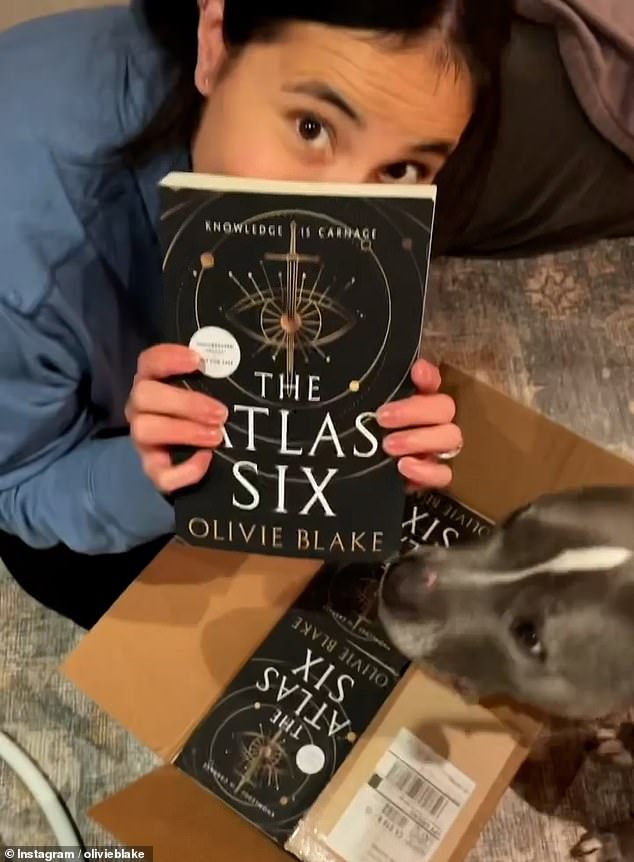 Olivie Blake is the pen name for California born writer Alexene Farol Follmuth, who said she couldn’t have predicted the reaction to her novel

The author, who self-published the book two years ago, says she had no idea her book would appeal to a broad readership and did not even think to approach a publisher with it.

Thanks to social media, she didn’t need to – as seven leading publishing houses approached her to bid for the book last September – with a six-figure sum eventually being paid by Pan Macmillan.

The UK-based publishing house published the novel under its ‘Tor imprint for fantasy and science fiction’ label on March 3rd. 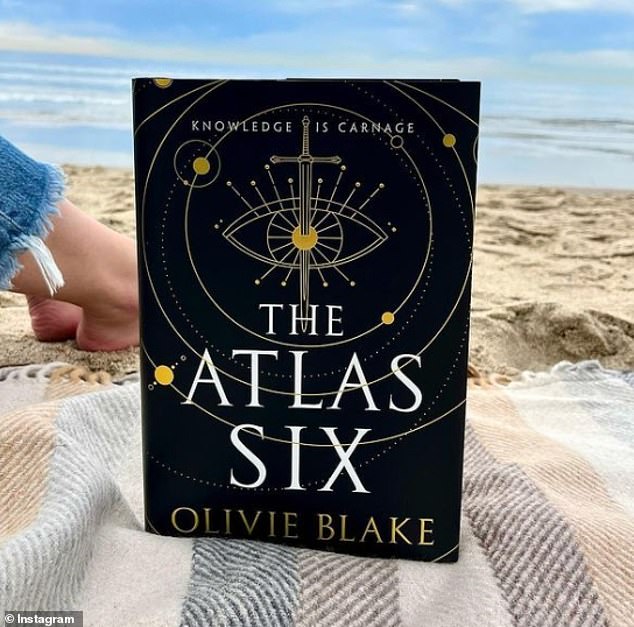 The novel The Atlas Six was won by UK-based published house Pan Macmillan for a six-figure sum hand, published under its Tor imprint for fantasy and Science on 3rd March 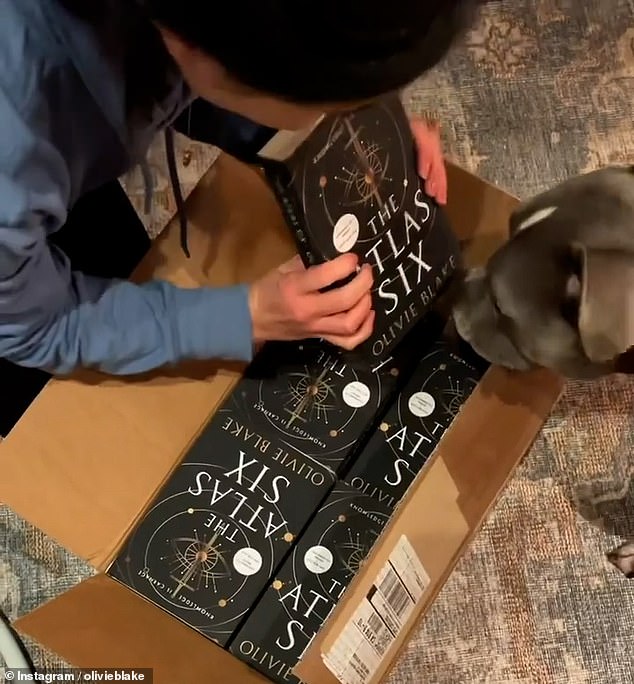 Amazon has acquired the film rights to the series and is developing it with Brightstar, the production company founded by The Crown producer Tanya Seghatchian and Cold War producer John Woodward

The Atlas Six plot features a group of aspiring magicians competing for places in a secret London society that is guarding the knowledge of ancient civilisations.

The 33-year-old author – real name Alexene Farol Follmuth – had contributed to fan fiction websites, writing new stories about characters from other writer’s books and had also self-published several other novels, which were largely ignored.

Alexene took her pen name from a random name generated that had misspelt Olivia; but she LOVED the sound Olivie so much more.

The Atlas Six quickly attracted millions of TikTok views and Olivie said it was ‘a really weird experience’ that she didn’t ‘fully understand.’

The book is the just the first in an intended trilogy with the next volume, The Atlas Paradox, due in October.

Going from one strength to the next, Amazon has acquired the film rights to the series and is developing it with Brightstar, the production company founded by The Crown producer Tanya Seghatchian and Cold War producer John Woodward.

Bella Pagan, publishing director of Tor UK, described The Atlas Six’s plot as ‘one of those classic storylines where people compete for a place and there’s a Lord of the Flies element, with people forming shifting alliances against one another.’

Reviews posted to the Waterstones and Goodreads websites are mainly complimentary.

One reader said the book was ‘incredibly entertaining and insatiable complex.’

However others complained the book at been ‘over-hyped ‘ and that the characters were annoying.’