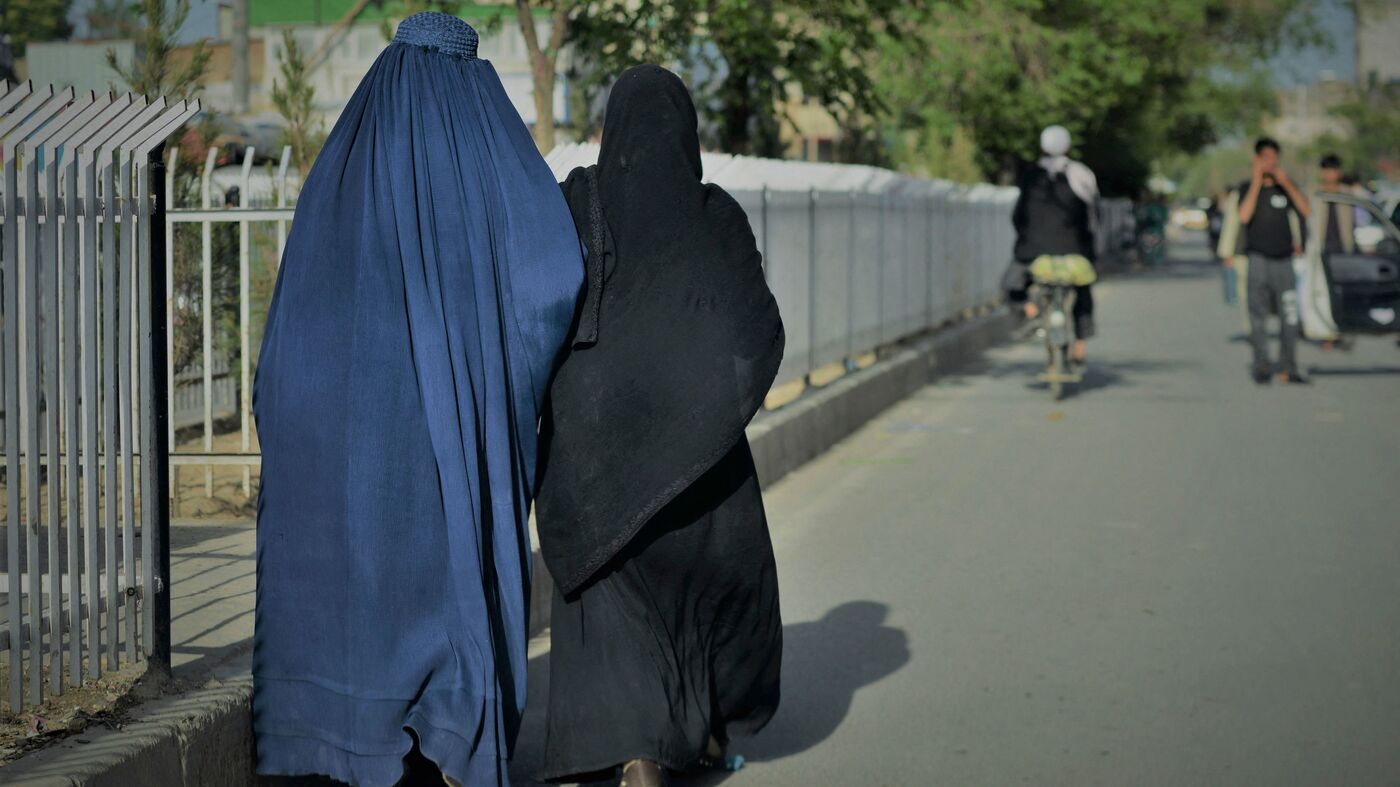 Women wearing burkas (left) and niqabs (right) walk down a street in Kabul on May 7.

Women wearing burkas (left) and niqabs (right) walk down a street in Kabul on May 7.

I bought a burqa at a market while covering the war in Afghanistan. When I pulled the hood over my head, to see what a woman wearing a burqa might see, it underscored just how oppressive this pale blue coat could be.

The burqa has made women anonymous. It was stuffy, stuffy and limited their view of the world to inches. He muffled their voices behind a veil.

A few weeks later, we covered the first football game in Kabul Stadium after the Taliban retreated in 2002. The Taliban had banned the sport, but were parading prisoners into the stadium and executing them for alleged crimes of heresy.

I don’t remember the score of that first post-Taliban football game. But I remember every few minutes a woman would get up from her seat and take off her burqa. Crowds cheered and often cried to see women who had lived through the Taliban now free to stand up and be seen.

But this week, just nine months after the Taliban regained control of Afghanistan and pledged to respect women’s rights, their Ministry for the Promotion of Virtue and the Prevention of Vice announced that all females were to be covered from head to toe, preferably in a burqa, and always accompanied by a male.

This is not just a fashion edict. The Taliban also closed schools for girls and women after grade 6. They prohibit women from traveling unless accompanied by a male chaperone. And if a woman tries to travel alone, or go out alone, or show her face to the world, a male guardian will be held accountable.

The burqa obscures women’s faces and reveals how they are now officially diminished in Afghanistan.

We met a woman whose family we know in Kabul, who once told us that she had been so desperate for the isolation and degradation of women under the Taliban regime that she had tried to end her life. She survived, now works as an interpreter with refugee groups and says there have been some small women’s protests in Kabul in recent days.

“But I know the world is changing,” she told us from Qatar. “International agencies will help, to prevent people from starving, and will not challenge the Taliban. But they want to make women invisible.

“We’ve been pushed back two decades, two centuries, really. I’m scared of what’s going to happen now,” she says, of an Afghanistan in which the burqa – and all of the Taliban’s efforts to eliminate women of public life – are no longer relics of the past.