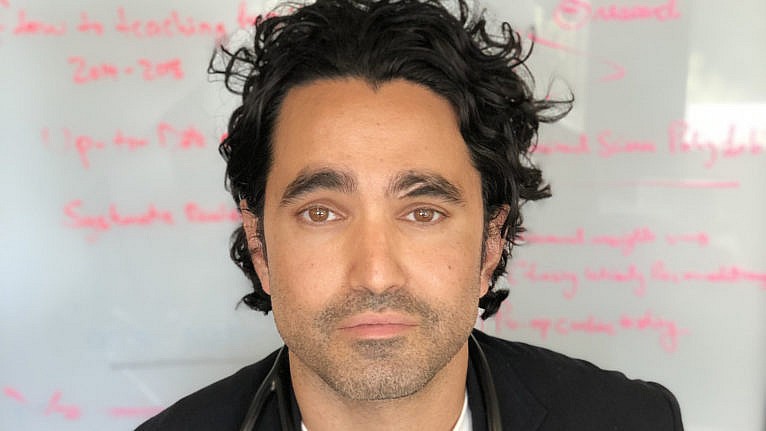 “Food insecurity can affect everything from cognitive development to anxiety to diabetes,” says UHN’s Dr. Andrew Boozary, of the correlation between food access and your health.

Not being able to buy nutritious food is just one more way to be financially squeezed and impacting your health. About one in 10 Canadians had difficulty buying food regularly during the second wave of the pandemic, according to Statistics Canada Datawhile a Food Banks Canada study showed that food bank visits increased by 20% comparing data from 2021 and 2019. And the cost of food is expected to continue to rise – a Dalhousie University report estimates Canadian prices will rise 5-7% this year.

There are probably, and there will be, unfortunate fallout from this – the way you eat impacts your well-being. “Food insecurity can affect everything from cognitive development to anxiety to diabetes in all age groups,” says Dr. Andrew Boozary, who directs the Gattuso Center for Social Medicine Innovation at the University Health Network. (UHN) in Toronto. UHN has created a pilot project to help get food boxes to those who need them most, but Dr. Boozary is clear about the real problem: “People don’t have the income to buy nutritious foods. »

The idea: Make nutritious foods available to those who have the most difficulty accessing them by providing them with a “prescription” for healthy food delivery.

How it works: Food Rx is a partnership between UHN and FoodShare to deliver a box of fresh fruits and vegetables every two weeks. The contents of the box vary according to the week and the season (a box in June, for example, contains bananas, peaches, kale, grape tomatoes and a rutabaga).

Since its launch in 2021, the pilot program has reached 206 participants, including those who live in government-subsidized housing, receive social assistance, face financial barriers to accessing good food, and have been impacted by COVID-19. Participants are surveyed regularly and preliminary results showed that, three months after starting the program, there was an increased sense of connection and a higher level of quality of life, while self-reported levels of physical and mental well-being also improved.

“Communities have told us time and time again that access to nutritious food is important,” says Dr Boozary. Programs like these respond directly to what people want and need, he adds, which avoids asking patients, What is your problem? ask what matters to you?

“The argument is actually that we need to deliver health care fundamentally differently,” says Dr. Boozary. “We need different partnerships in health care delivery to be able to integrate the social factors that we know have such a massive impact on people’s health outcomes.

The big picture: Dr. Boozary says that while, of course, nutritious food improves health outcomes, this program is not a silver bullet, it is an emergency response to failing social systems.

“We want to do everything we can to address the issues that we know are driving people into emergency services and the acute care sector,” he says, adding that he is keen to work. with partners who know their communities best to avoid hospital overcrowding.

But it’s clear that a food delivery program can’t just be scaled up to solve a much more complex problem: “It’s not a sustainable answer, and it’s not an answer that I think we can see it as a replacement for the real work that needs to be done.”

Part of what needs to be done is to approach these issues differently in the health sector. He takes the example of a person who makes the decision between paying for food or paying for medicine: when the prescription is not renewed because the patient had to choose a basic need, he is labeled non-compliant by his doctor or his nurse. “Let’s push back on how we try to compartmentalize our approaches to thinking about this person’s health,” Boozary says. “It’s not about this person’s non-compliance – we have systems that are failing this patient.”

What is ultimately needed, he argues, is an “upstream” policy response addressing issues such as minimum wages, increasing welfare levels, providing a pharmacare and other supports, given the reality of the affordability crisis facing Canadians across the country. “In both the health and social sectors, we are facing a massive wave of entirely man-made suffering because we are not acting on the policies we have long known we need.”

Do you want more ?

Get the best of Macleanis sent directly to your inbox. Sign up to receive news, commentary and analysis.