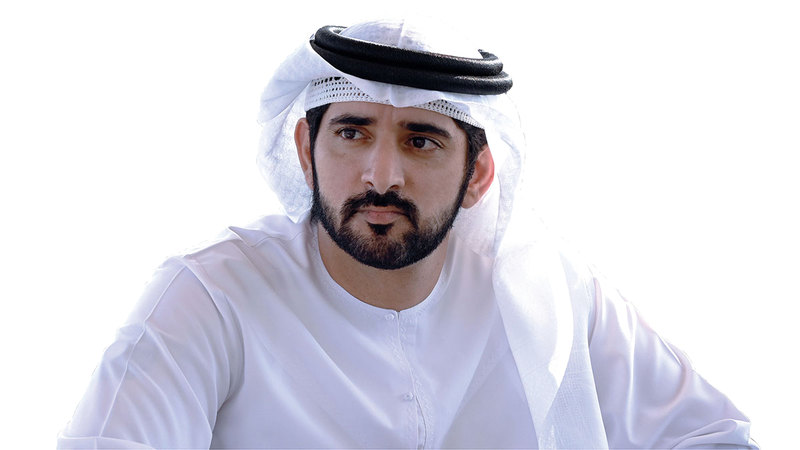 Under the guidance of His Highness Sheikh Hamdan bin Mohammed bin Rashid Al Maktoum, Crown Prince of Dubai, Chairman of the Executive Council and Chairman of the Board of the Dubai Future Foundation, the Foundation has announced the start of receiving applications for participation to the third batch of the Foundation’s Dubai Future Experts program, which aims to prepare national expertise with tools to design the future and involve them in the process of creating the future in Dubai and the United Arab Emirates.

His Highness Sheikh Hamdan bin Mohammed Al Maktoum said: “The human being is a fundamental pillar in the vision of His Highness Sheikh Mohammed bin Rashid Al Maktoum, Vice President and Prime Minister of the United Arab Emirates and Ruler of Dubai (may God protects it), and investing in its ability to create and innovate is the real wealth. From this perspective, the process of investing in people continues through the Dubai Future Experts Program, which aims to consolidate the highest standards of leadership and excellence in government work by enhancing the skills of young people and providing them with knowledge tools to forecast the future in various strategic sectors of the Government of Dubai.

His Highness added, “Since its launch in December 2019, the Dubai Future Experts Program has evolved into a global platform for exchanging experience and bringing together the elite of future foresight specialists from around the world. By improving the model of government excellence in Dubai and anticipating global changes with proper preparation and planning.

His Highness Sheikh Hamdan bin Mohammed Al Maktoum said in a tweet on Twitter: “Embodying Mohammed bin Rashid’s vision to prepare a possible new generation with tools for forecasting and designing the future, we led the participation of a new batch of Dubai government employees are participating in the Dubai Future Experts program with the aim of preparing national expertise that contributes to the march of the future. “Creating a better future for Dubai.

His Highness added, “The Dubai Future Experts Program is a global platform for exchanging experiences and bringing together an elite group of future forecasting specialists. Graduates of the program will be future leaders in management of various strategic sectors in the emirate”.

The Dubai Future Experts programme, the first of its kind in the region, which was developed in cooperation between the Dubai Future Foundation and the Executive Council of the Emirate of Dubai, will offer the opportunity to participate to employees of Dubai’s government agencies from the senior management and middle management levels, by submitting an application during the period of June 15 to July 15, 2022. The third batch of the program will be selected from public sector employees in Dubai, who are specialists in the fields of design strategy and future foresight. .

The Dubai Future Experts program has succeeded in its two previous tranches in empowering new generations of future design experts in the field of government work in the Emirate of Dubai, helping them to enrich the development process and government development and to strengthen Dubai’s position as one of the best cities in the world to prepare for the changes and demands of the future.

The program contributes to the consolidation of the culture of future design in Dubai’s government agencies through the initiatives and projects that affiliates will work to develop and implement using the skills acquired during their participation in the program.

The third batch of the Dubai Future Experts Program will be launched next September. The program consists of two levels, each spanning six months, and allows associates to progress from the degree of “future analyst” to that of “future executive”.

In the first batch of Dubai Future Experts, the program graduated 18 experts from 13 government agencies in the sectors of economic development, trade, health, security, justice, governance, tourism, culture, transport, aviation and other vital sectors in Dubai. .

The program, which is overseen by the Dubai Future Academy, focuses on developing associates’ skills in the areas of strategic thinking, social intelligence, foresight and designing the future, science sectors , cultural and technological, decision-making, the development of policies, laws and legislation, and the use of various tools to identify available and new opportunities in Dubai and the United Arab Emirates.

A group of experts, scientists, entrepreneurs and CEOs from the country and around the world participate in the preparation and presentation of the program.

• “The process of investing in people continues through the Dubai Future Experts program, which aims to cement the highest standards of leadership in the work of government.”

• “We are proud of the next generation of graduates from the program who will be future leaders and help advance the model of government excellence in Dubai.”

• The program focuses on developing associate skills in the areas of strategic thinking and social intelligence.

• The “Dubai Future Experts” program was launched in cooperation between “Dubai for the Future” and “Dubai Executive”, with the aim of developing national talents in government agencies.

• The opportunity to participate in the program is offered to employees of government agencies in Dubai at senior and middle management levels.