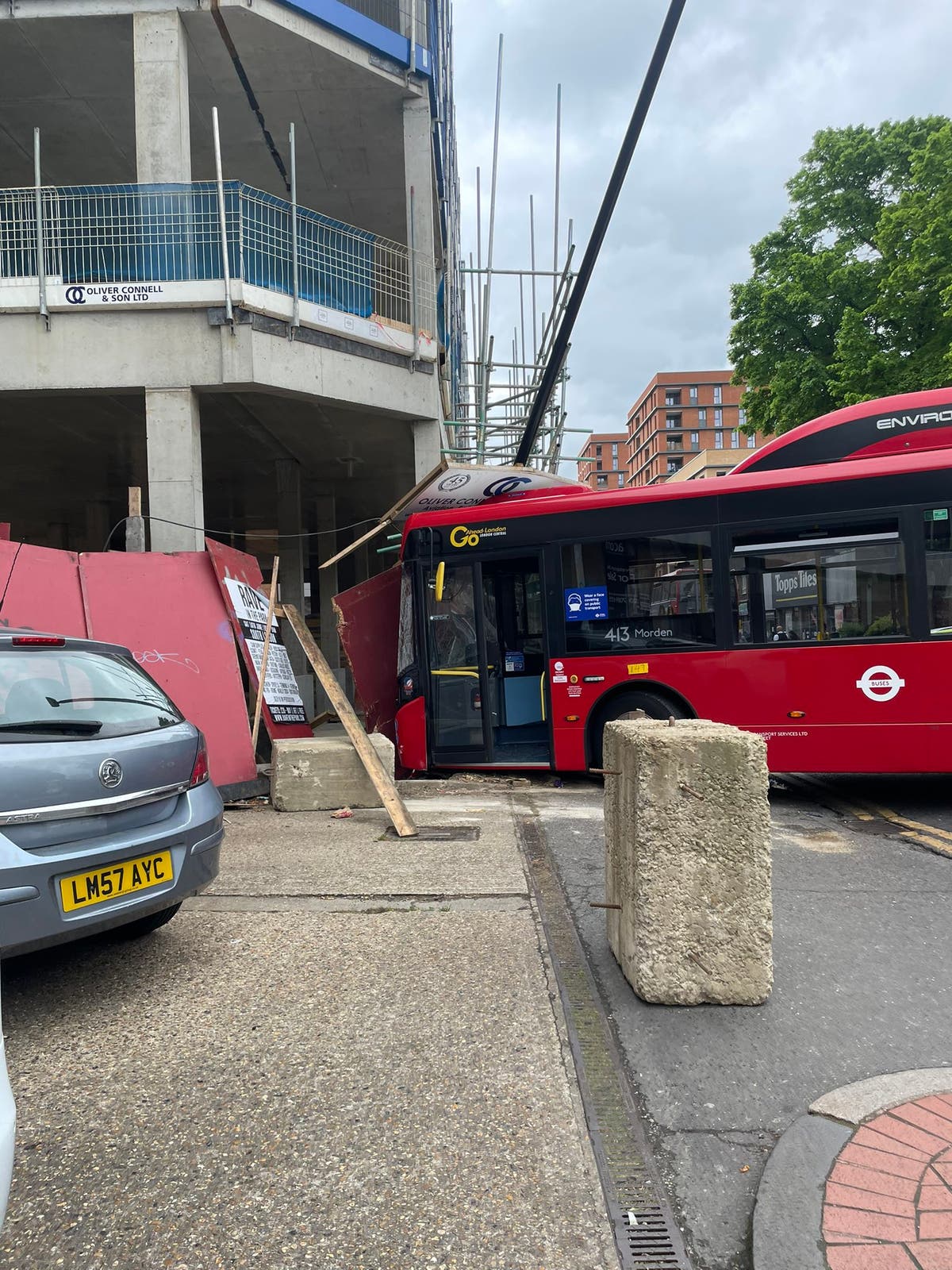 A bus collided with a building in south London on Saturday in what onlookers described as a “chaotic” incident.

Police were called at 12.39pm on Saturday to reports that a bus had hit a building on the High Street in Sutton.

The Metropolitan Police confirmed there were no passengers on the bus at the time of the collision and no one was injured.

“Police were called at 12.39pm on Saturday May 7 to a report that a bus collided with a building in High Street, Sutton,” police said in a statement.

They added: ‘Security cordons and closures were established while damage to the building was assessed and a lamp post was secured.

“There were no arrests”

A photo posted to Twitter by a viewer shows the shattered front window of the bus with a sign of the scaffolding above it resting on the roof of the vehicle.

Saba Ali, 50, a resident of Sutton, was traveling on a nearby bus when the crash happened.

“There were a few police cars, there was a police car blocking the road and diverting traffic,” Ms Ali said.

“There was a fire engine on the way because they were worried about the engine – that’s exactly what I heard from a policeman.

“It was quite chaotic – it’s a major bus route, there are a lot of buses going by.”

Ms Ali said the bus entered a building “under construction” and the front of the vehicle was “destroyed”.

“Completely smashed, the window – everything,” she said.