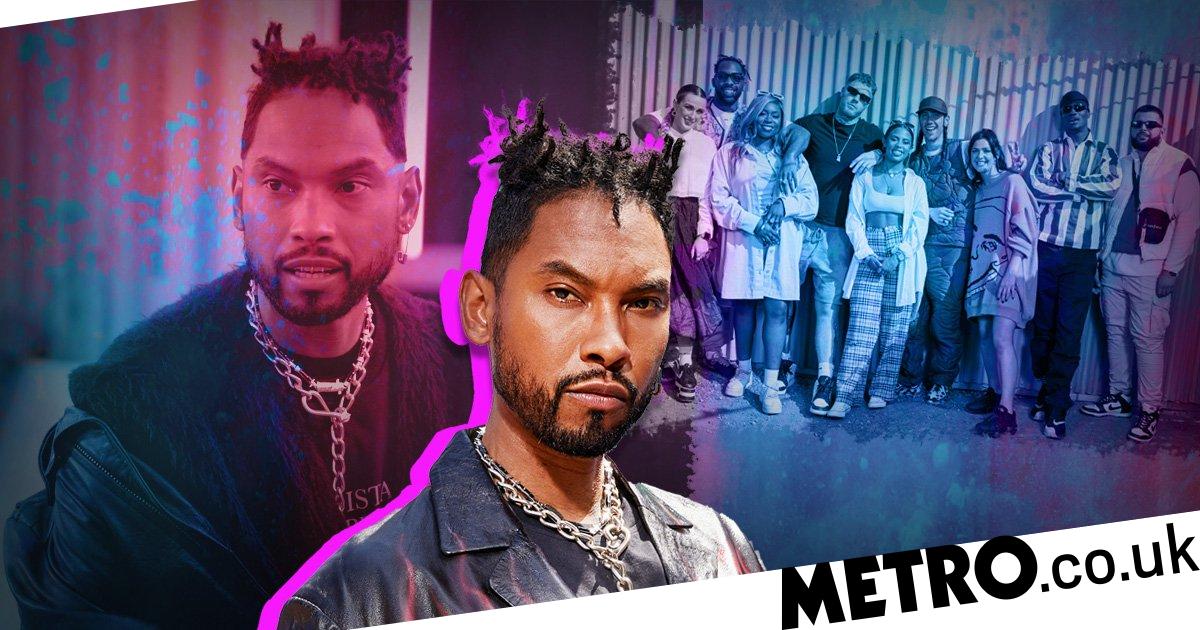 The Drop star Miguel has opened up about the difficulties of having to send budding designers home on the streetwear competition, having had the final say as head judge.

The new BBC Three series, which launches tonight, follows nine up-and-coming creatives as they go head-to-head in a bid to win a contract to sell their streetwear brand through retail company Flannels, with the contestants set gruelling challenges each weekend.

During an exclusive chat with metro.co.ukthe Simple Things singer admitted that he didn’t expect to become so attached to the creatives who entered the competition, which made sending them home that much harder, especially when his word was final.

‘It was tough. Honestly it was s**t to have to tell… I couldn’t have anticipated really falling in love with these people,’ he said, having filmed in Manchester last year.

The musician said that he ‘identified’ with the designers when they didn’t feel ‘very sure of themselves’, as well as their ambition when they were ‘clear about what they want to accomplish’.

‘I understand that and it’s really endearing when you see other people who are passionate about what they’re doing go through the process and it’s not easy to do.

‘They’re under a tremendous amount of stress, short amounts of time, and then you add cameras, it’s like… I just I’m really grateful to have been around just the caliber of human beings that we were able to work with and to have been able to be part of the experience.’

While one can imagine that discussions could have become fairly heated between the judges if and when they disagreed on who should be focused from the competition, Miguel found that the debates ‘added dimension’ to the programme.

‘Blondey was really honest from the very beginning about things that he didn’t like. It opened up the flow,’ he said.

‘So it was great to have disagreements, I think you need that, and I think our viewers are going to really appreciate when we don’t agree, it was dope.’

However, being the one to deliver the blow can be, understandably, a huge task to take on.

‘Now ultimately, I make the last call. It’s sort of the gift and the curse, because I’m the one that has to deliver the bad news when someone has to go home,’ Miguel shared.

While speaking to metro.co.uk and other press, Clara teased that while things could become heated between the judges, they always addressed each other with respect.

‘Everybody was very respectful of each other, but of course they disagreed,’ she said, emphasizing that this meant that the ‘moments of unison’ were that much more ‘rewarding’.

‘It did get heated at some points, but it was always respectful. There are definitely some moments where people agreed to disagree, but at the end of the day, Miguel had the final word and he stuck to it,’ she said.

The radio presenter emphasized how ‘sincere’ the judges were with the creatives, going above and beyond the call of duty to provide them with a ‘duty of care’.

‘The one thing you’ll see from the judges is that they gave really sincere care to every creative, it was a duty of care from them, not because they “should be doing the right thing”, it’s because they know what it’s like to start a business,’ she recalled.

The Drop begins tonight at 9pm on BBC Three.

MORE: Dolly Parton turns down Rock & Roll Hall of Fame nomination: ‘I must respectfully bow out’