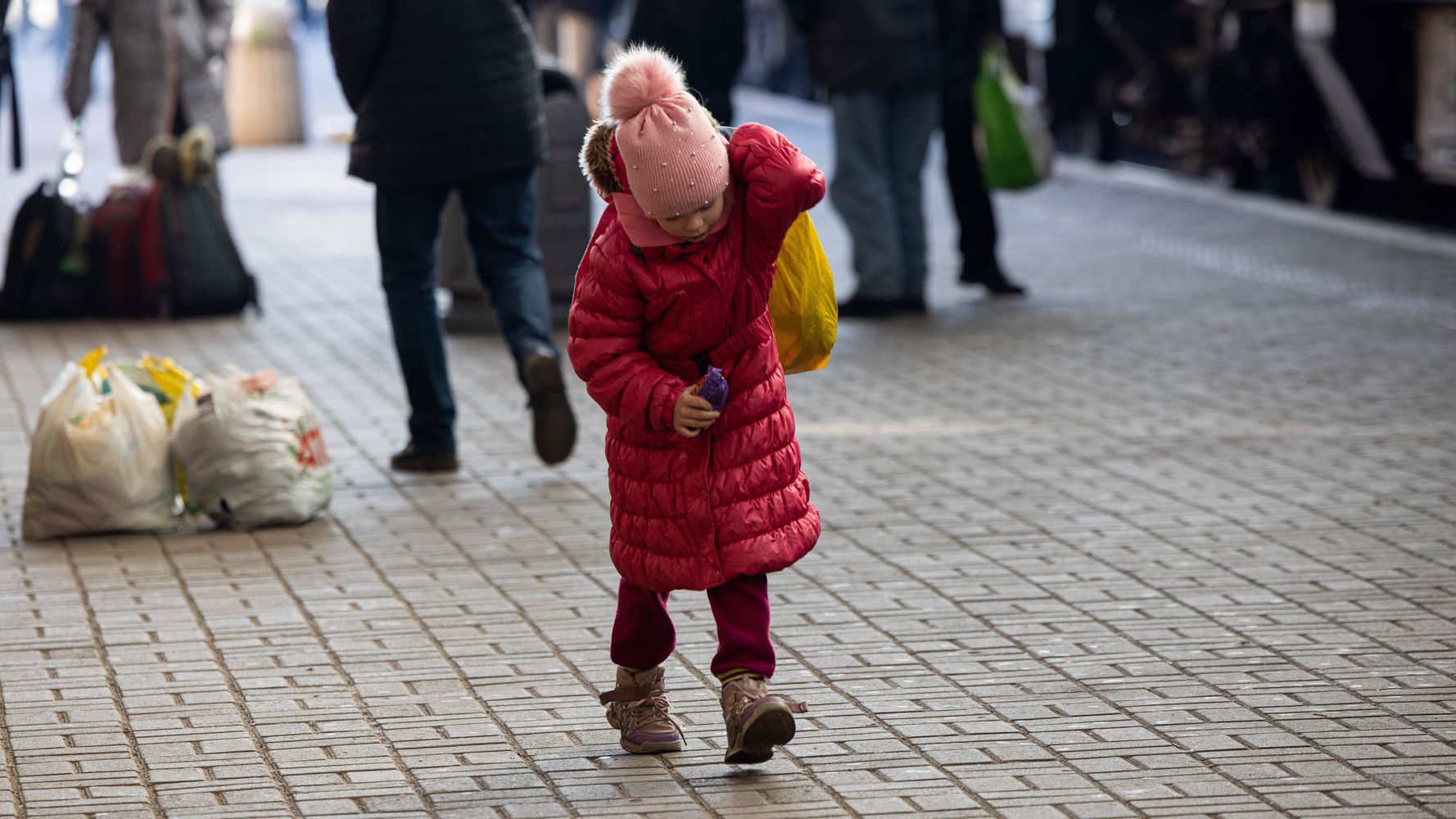 We are all looking on in horror at the news coming out of Ukraine, wondering just what it will take for Putin to put an end to the shelling of hospitals, schools, and apartment buildings.

Despite the military, economic and humanitarian aid we are sending, it’s impossible not to still feel a crushing sense of helplessness when we see the scenes of pregnant women fleeing a bombed maternity hospital, children weeping on the platforms of Ukraine’s train stations and mass graves filling up with the dead.

It’s made all the worse by the UK Government’s tortuous approach to the refugee crisis. As Europe stepped up at the moment and offered sanctuary to those in need, Priti Patel insisted on an expensive, bureaucratic, and cumbersome system of checks and applications that no other country in Europe even contemplated.

No matter the good work that the UK government has done on military and economic aid – and it has done good work in these fields over many years – it’s all stained by the dead hand of Whitehall’s worst department.

I get asked quite often what it was that started my involvement in Ukraine. It’s something I should thank Alex Salmond for.

When his currently suspended TV show was announced in 2018 – broadcast on Putin’s propaganda channel, RT – so many SNP colleagues reacted in horror and fury in equal measure. Although no longer a parliamentarian or even in the SNP, it had the potential to be damaging to our party at the time.

Having discussed this with some MP colleagues, a small group of us quickly set out to meet with European embassies in London to make clear that his action was not a reflection of my party’s values, or in any way endorsed. Quite the opposite: we were mortified and angry, but this was his own gig, and he would wear it.

As part of that outreach, I met with the then ambassador of Ukraine, Natalia Galibarenko.

A professional to her fingertips, Natalia understood entirely: Scotland is by no means unique in being embarrassed by yesterday’s men who can’t accept the world can manage without them.

That was when she put it to me that I should visit her country, and spend time in the east, which has been on the receiving end of Putin’s war since 2014. How could I say no?

It’s no mistake to say that that trip had a profound effect on me and has given me cause to use my platform to champion Ukraine’s democracy and independence back here at home.

Having stood outside the shelled apartment blocks of Avdiivka, visited the town’s shelled coking plant where the manager slept because his home was in occupied Donetsk, and met with the soldiers who have been on the frontline of this war since 2014, it would be impossible not to be moved deeply. It’s also a reminder that this was didn’t start last month – over 13,000 Ukrainians were already killed before this recent wave of the conflict.

After that first visit, I’ve returned for security conferences, meeting with NGOs, spending time with fellow MPs over there and here, to discuss issues around defence, climate change, human rights and even Eurovision.

One of my most memorable visits involved marching with LGBT activists at Kyiv Pride, where there’s an energy like nothing you would find here at home.

I share a birthday with Ukraine: August 24 is their National Day of Independence, and the day where I get another year older.

A couple of years back I received a call from the Ukrainian embassy. I assumed it was Natalia calling to wish me a happy birthday, but instead it was to inform me that President Zelensky had awarded me the Ukrainian Order of Merit: a state honor for the work I have done to champion Ukraine. It was a mark of the incredible generosity Ukraine is known for and I treasure it dearly.

Over the last year the conversations I’ve had with people back there have taken a darker turn. The build-up of Russian forces on the border and events in Belarus made them weary. War was always far away from Kyiv, but it was starting to look a lot closer as 2021 was ending and 2022 beginning.

I was last there in February. I sat in the parliament, the ministry of defense and the ministry of foreign affairs hearing about the imminence of a full invasion by Russia. Yet even after all the maps, slideshows and discussions about anti-tank weaponry, there was a sense – a hope – that it wouldn’t happen.

Every day I speak with Ukrainian MPs and friends back there. They show a level of resolve and resilience many can only dream of. Even as I can hear shells going off in the background, they are defiant in defense of their country. Let us not falter in standing with them – Ukraine will need friends for many years to come.

Stewart McDonald MP is the SNP spokesperson for defense and a member of the foreign affairs committee.