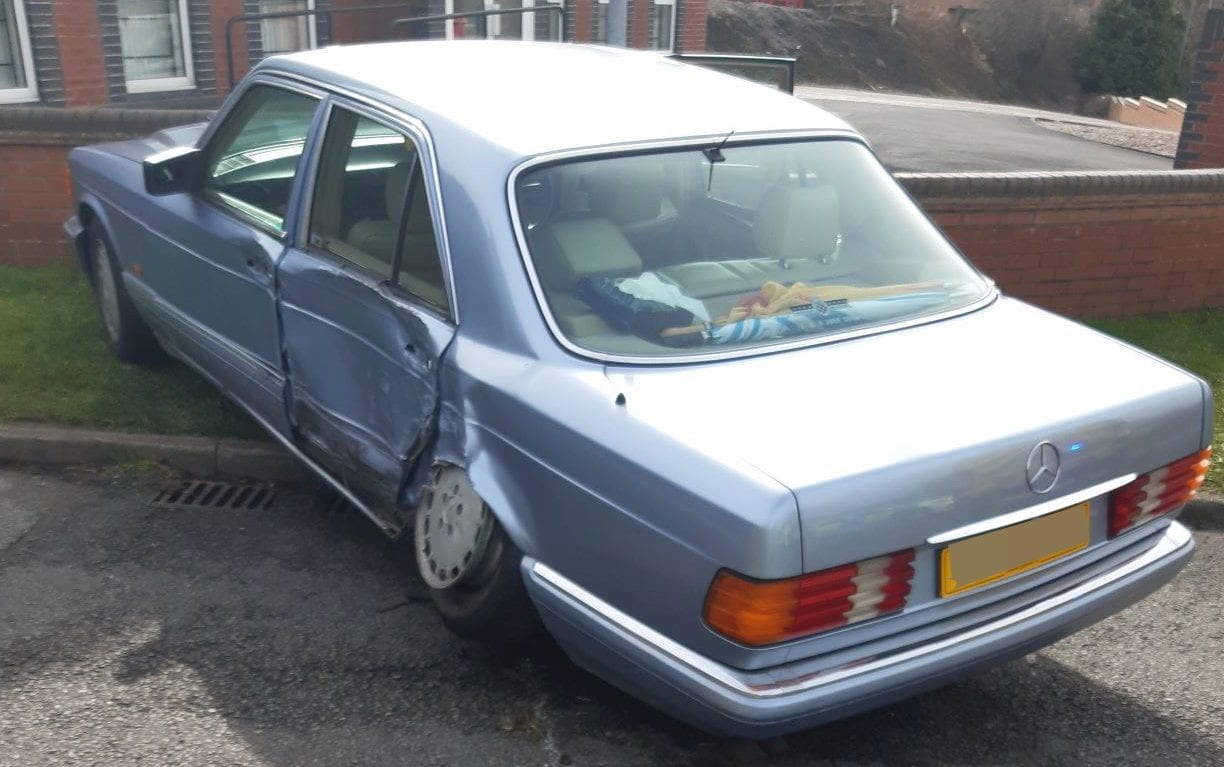 In a statement, Mr Murphy said the car, which has around 26,000 miles on the odometer, was usually driven by a chauffeur. “It was a precious and valuable asset. When I learned of the damage, I was incredibly upset.

“While I don’t feel vulnerable or intimidated because of this, I am now incredibly careful about who I entrust my vehicles to.”

At Warrington Magistrates’ Court, Abas pleaded guilty to aggravated taking vehicle and driving without a license or insurance, and was banned from driving for 12 months. A separate charge of driving without care and attention was withdrawn. Despite the smash, Abas and the victim are still on “good terms”.

Prosecuting Angela Blackmore said: ‘During the interview, the defendant stated that the vehicle was dropped off at the car wash and he drove it to Stockport and back. He only had a provisional driver’s license. Regarding the accident, he said a mouse ran into the road and he started swerving to avoid it.

Mitigating for Abas, who had no previous convictions, Philip Green said: ‘He shows a lot of remorse and it seems like real remorse. He is not employed in the same car wash, but he has been offered to return to his job. He decided at this point not to accept the job offer.

Abas was given a suspended 12-week prison sentence and ordered to do 150 hours of unpaid work and pay £213 in costs and a victim surcharge. No compensation order has been issued.