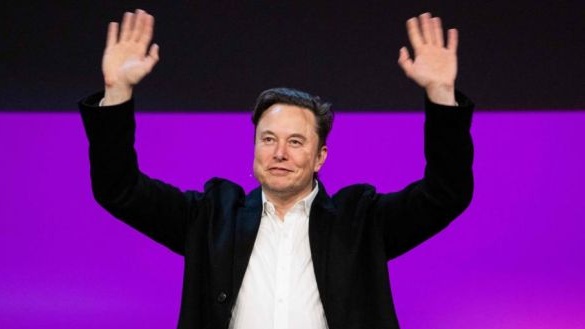 Elon Musk’s decision to take control of Twitter could create a democratic deficit by transferring control of a major media platform to a single individual, Taoiseach Micheál Martin has warned.

While he refrained from echoing concerns expressed by President Michael D Higgins who on Thursday condemned billionaires’ efforts to control public discourse as “dangerous narcissism”, Mr Martin warned that the consequences of such measures could have a negative impact on democracies around the world. .

Last week, Twitter confirmed it was selling the platform to Mr Musk in a deal valued at $44 billion (€41 billion).

The move – which Twitter’s board initially rejected and vowed to fight – will see control of the social media platform ceded to the world’s richest person.

Speaking at the establishment of the DCU Center for Climate and Society in Dublin earlier this week, the president said ‘social discourse’ must move away from laissez-faire economic discourse to address the challenges today’s urgent global issues.

Although he did not identify Mr. Musk by name, Mr. Higgins expressed concern about the ownership of media platforms.

“Is it a big hit that a multi-billionaire is now deciding what is appropriate for people to exchange in speech? I think that can hardly be described as anything other than a manifestation of incredibly dangerous narcissism,” the president said in off-the-cuff remarks.

At the opening of 44 homes developed by Respond Housing Association in Balincollig, Co Cork, Mr Martin said he had not read the full statement from the chairman but said ‘democracy is the main concern here more generally in terms of free speech, installation and no one can ever control that.

He said there “should always be rules and a framework within which any media operation has to operate and that includes social media as well as mainstream media, there is a regulatory framework, there are codes”.

He said “a bit of thought” was needed “to think that a single individual has complete ownership of a platform and that there will have to be checks and balances in such a situation and that the framework regulations will have to reflect this.”