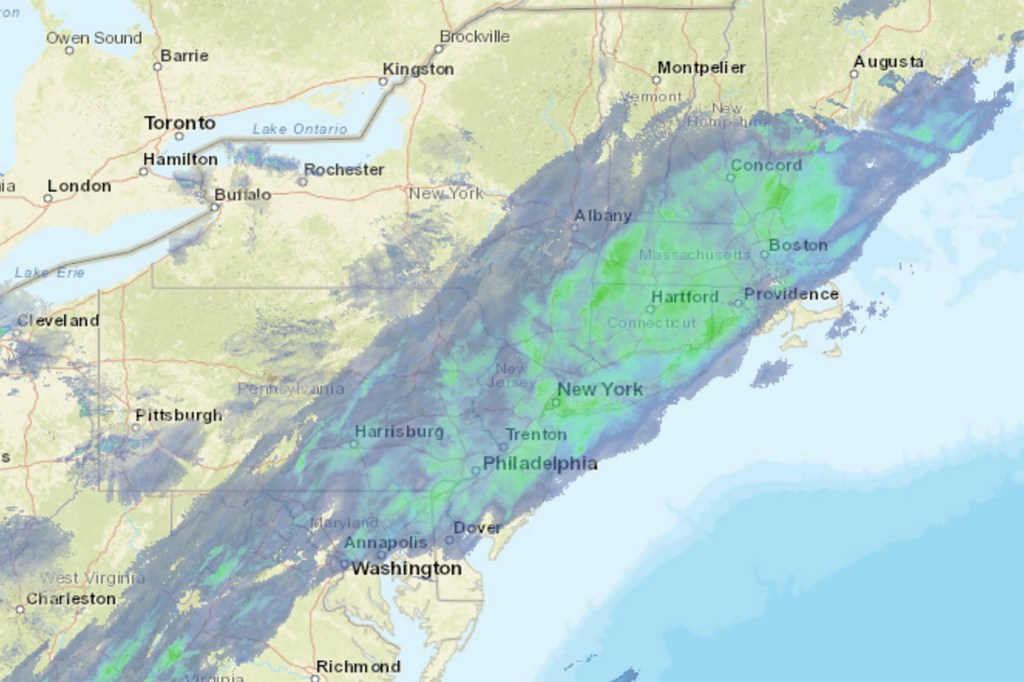 FOX Weather meteorologists are tracking snow showers from the Mid-Atlantic to the Northeast, but all signs point to the system having less of an impact than the blizzard that blanketed the region with feet of snow nearly two weeks ago.

The snow started falling along the Appalachians and is expected to expand into the Delmarva Peninsula, southern New Jersey and southeastern New England on Sunday.

The major cities along Interstate 95 between Boston and Washington are forecast to see an inch or less of snow. There’s a possibility that some areas southeast of I-95 – such as South Jersey, Long Island and southeastern New England – as well as parts of the central Appalachians, could see 1 to 3 inches of snow.

Because of the system’s quick movement and the circulation center being hundreds of miles off the coast of the mid-Atlantic, accumulations on Sunday are expected to remain light.

All of the snow is expected to be well off the coast by Valentine’s Day, leaving behind sunny skies and cold temperatures.