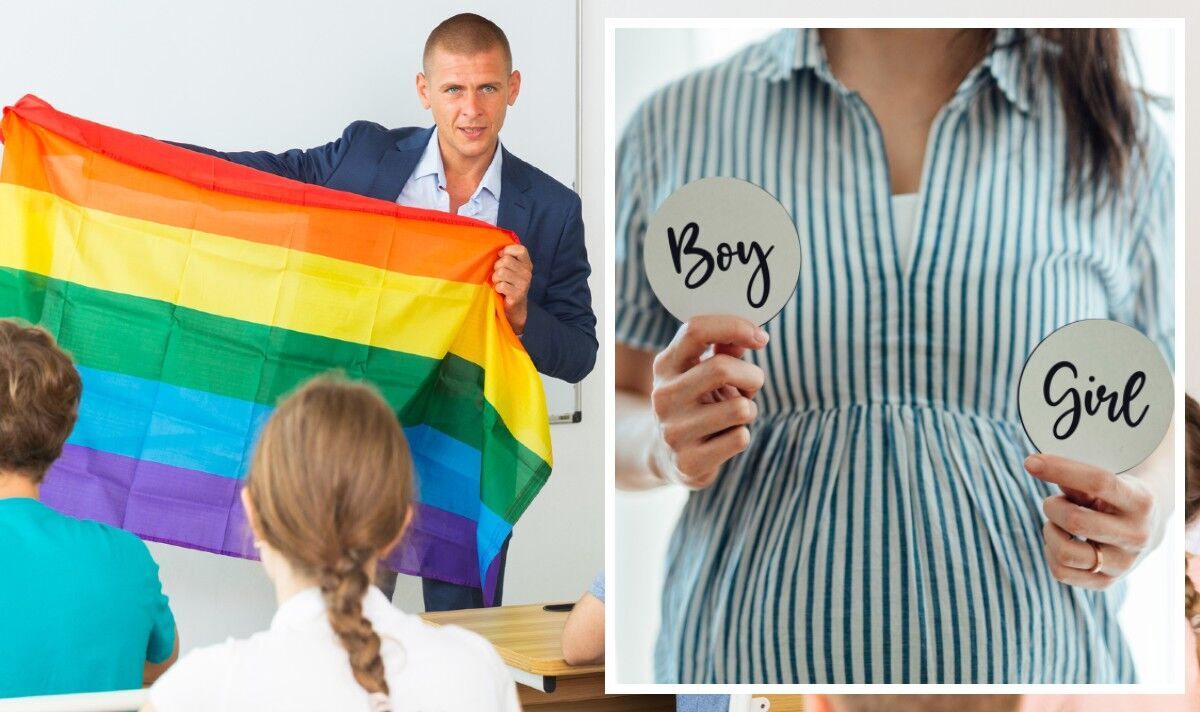 Over 800 schools across Britain have received a copy of “What Does LGBT+ Mean?” In the document, a claim is made suggesting that a doctor or nurse “looked at our body and gave us a label based on what they could see.” The leaflet was written by diversity campaigners and includes a section on ‘gender as a spectrum’. ”

Co-authored by a mother and son, the article says, “Some people find it helpful to view gender as a sliding scale between male and female.”

The scale is displayed with labels between male and female, including mostly female, partially female, both or neither, partially male, and mostly male.

Critics of the brochure find the idea of ​​creating a sliding scale ridiculous.

Helen Joyce, from the advocacy group Sex Matters, said: “No one is assigned a gender.

“I gave birth twice and each time I knew what sex the baby was at 20 weeks.

Speaking to The Times, Ms Joyce concluded: ‘How did we get to a place where teachers feel they can sit down and say to primary school children, ‘Some people feel masculine, some people feel feminine , some feel both and some feel neither “?”

The book was first published in October and is described as an educational tool for children aged 8 to 11.

Its author is Olly Pike, director of the LGBT+ educational resource Pop’n’Olly; Mel Lane, a diversity activist; and his son, James Canning.

The book states, “People feel happier and more included when their pronouns are respected.”

It also includes definitions of those who identify as transgender, non-binary, and intersex.

On pronouns, he adds, “We can’t just guess pronouns.

“If you are unsure of another person’s pronouns, you can politely ask.”

The book also includes information about LGB flags, as well as suggested activities children can participate in to learn more.

Data provided on the Pop’n’Olly website shows that the book has been donated to at least 814 primary schools.

Asked how widely it was read by teachers, Mr Pike said: “Teachers have expressed interest, thanks and appreciation for this book.

“It helps both teachers and students.”

An education source said: “Britain is one of the most tolerant countries in the world, but it is neither constructive nor appropriate to concern young children with culture war issues. We should let children be children.”

A spokesperson for the Department of Education said: “Schools should adhere to the guidelines of the Relationships, Sex and Health Education (RSHE) curriculum, using material that is factually accurate and relevant to the age.”

Many have taken to social media to condemn the teaching of gender identity lessons in UK schools.

Aleks added: “I am old. I remember biology lessons at school where they taught 2 sexes, male, female, and 2 genders, male, female.

“Now there is a ‘gender studies’ diploma, children now take 3 years to study what I learned in a school lesson?

“So the intelligence of humanity is decreasing instead of increasing?”

Should these topics be addressed in schools? Could the teaching of such a subject disturb the children? Is this a step too far? Let us know what you think by CLICKING HERE and joining us in our comments section below – Every voice counts!

Another said schools should not teach morals.

Snowjoe said: ‘What’s wrong with me teaching my kids that they can’t change their gender and sexuality is a choice.

“It’s my life experience, I chose to be straight.

“Why should anyone be able to interfere with this?”

“I don’t send my children to school for moral lessons.”