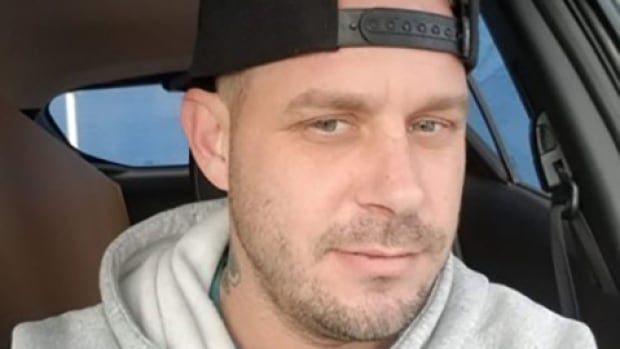 A fisherman who was lifted by helicopter after spending five hours in frigid ocean waters off eastern Nova Scotia has died, a family member confirmed Monday.

In an interview, Alana Lewis said her brother, 35-year-old Jeremy Hart of Windsor Junction, NS, died at 3:30 pm on Sunday after being found by a rescue team.

“When they found him, he was unresponsive, but at that point they still had hope that they could save him,” Lewis said. “But they were unable to get his core temperature back up, and he passed away.”

She said an autopsy was being conducted Monday, adding that Hart had only joined the crew of the halibut fishing vessel Mucktown Girl last Thursday.

A Canadian Coast Guard spokeswoman said earlier a man wearing an immersion suit, which is designed to keep the wearer afloat and protect against hypothermia, had spent close to five hours in the water before a helicopter rescue at around 11:30 am Sunday.

The coast guard has said he ended up in the water during the transfer of the fishing boat’s crew from a life-raft to a coast guard vessel at around 6:30 am Sunday. The four other crew members were successfully rescued.

“They lost him during the transfer,” Lewis said. “He got away from the [rescue] boat very quickly and they spent hours searching for him.”

Coast guard spokeswoman Alexandra McNab said in an email on Monday that a second coast guard vessel, Spindrift, was also on scene at the time of the transfer, as were a Cormorant helicopter and two airplanes.

“The crew of the Canadian Coast Guard vessel Jean Goodwill attempted rescue of the five crew members by maneuvering alongside the life-raft. At this time, seas were estimated to be eight to 10 meters, with winds of 83 to 92 kilometers per hour, “said the email, which didn’t provide details on how Hart ended up in the water.

McNab said the rescuers were unable to reach Hart, “due to the sea conditions.”

The fishing boat had requested assistance because of engine problems early Saturday when it was more than 160 kilometers southeast of Canso, NS

An attempt by the Jean Goodwill to tow the boat to Mulgrave, NS, failed on Saturday night, leaving the Mucktown Girl adrift. McNab said the captain of the Jean Goodwill deemed it unsafe to try to re-establish the tow because of the weather and decided the safest thing was to remain by the vessel until the weather improved.

But when the Mucktown Girl began taking on water the next morning, the crew boarded a life-raft.

Lewis, who said her younger brother lived with her, described him as the type of person who lived “every day like it was his last day.”

“It was all or nothing for him, everything he did,” she said. “He said [fishing] was the perfect mix of adventure and risk and money.”

Lewis said her brother leaves behind two young sons aged eight and 12 and two nephews that “he treated like his own.”

Matthew Duffy, director of Fish Safe NS — which promotes fisheries safety — said in an interview Monday that the loss is being felt by people in the fishing industry around the province.

“Sadly I find myself all too frequently offering my sympathies to families that have lost a loved one at sea,” Duffy said. “It’s truly heartbreaking.”

Duffy said from what he has learned so far, the crew followed the correct steps in radioing for aid from the coast guard and in launching their life-raft and giving immersion suits after the tow failed.

“Learning that Jeremy was lost during the transfer was extremely tough to hear,” he said.

He said he’s expecting there will be an investigation by the coast guard and the federal Transportation Safety Board into the incident and the rescue effort.

The organization is setting up grievance counseling for family and friends of the crew, he said.