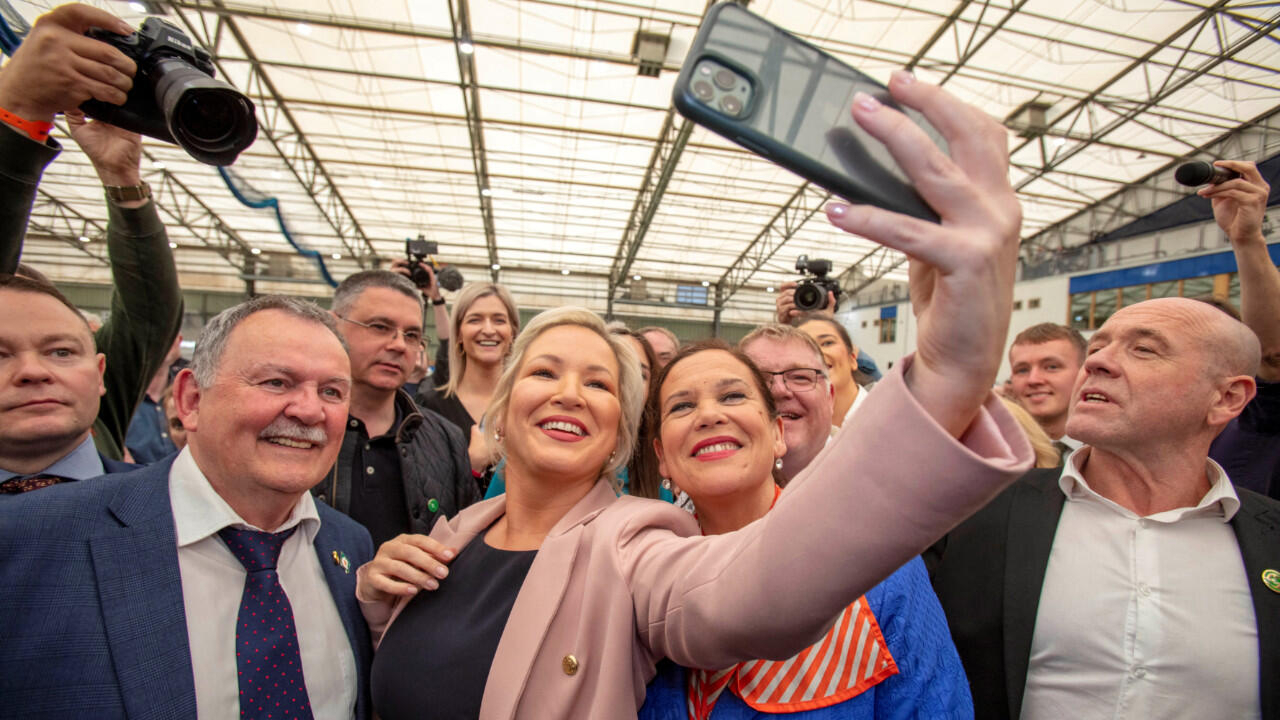 “This is a watershed moment for our politics and our people,” O’Neill said before the full results were announced. “I will provide leadership that is inclusive, that celebrates diversity, that guarantees rights and equality for those who have been excluded, discriminated against or ignored in the past.”

Counts of Thursday’s complex proportional vote showed Sinn Fein, the former political wing of the IRA paramilitary group, secured at least 23 seats for the 90-seat legislature, putting it on the road to victory. Sinn Fein will have enough seats to make O’Neill prime minister, a century after Northern Ireland was carved up into a Protestant stronghold under British rule.

“People have spoken and our job now is to show up. I expect others to show up as well,” O’Neill told reporters, stressing that the new government must first and foremost tackle a UK cost of living crisis. But she said a “healthy conversation is already underway” on Irish reunification and the party is aiming for a referendum within the next five years.

Democratic Unionist Party leader Jeffrey Donaldson acknowledged that his nationalist rivals looked set to “emerge as the biggest party”, with the DUP winning 21 seats so far. The DUP held the premier role in the outgoing Stormont assembly, before collapsing the executive in protest at post-Brexit trade rules between the UK and EU.

Donaldson demanded that Prime Minister Boris Johnson “keep up his promise to honor the commitments he has made and to take the necessary steps” on the Northern Ireland protocol. He urged “decisive government action to remove the Irish Sea border, as we do not believe it is acceptable or necessary to control goods moving into the UK”.

Johnson’s Northern Ireland Secretary Brandon Lewis was due to meet party leaders in Belfast on Monday. The winning parties will have 24 weeks to resolve their differences or face a new election.

England, Wales and Scotland also voted in local and regional elections on Thursday, punishing Johnson’s scandal-ridden Tories but no landslide for the main opposition Labour. Johnson is expected to outline his post-election plans in the Queen’s speech to parliament on Tuesday, which will have to consider the thorny issue of forming a government in Northern Ireland, torn apart by decades of sectarian bloodshed.

The other big winner in Northern Ireland was the cross-community Alliance party, which said its strong performance in third place with at least 15 seats underscored Northern Ireland’s need to move beyond old divisions. “We really want Stormont to work. We don’t want to play games,” Alliance leader Naomi Long said, noting voters cared most about the cost-of-living crisis.

Doug Beattie, leader of the once-dominant Ulster Unionist Party, which struggled in the election, said many voters were tired of “angry negative unionism”.

“It may take a while to change that psyche,” Beattie told reporters. “It could well be a supertanker that has a big turning radius. But we have to do it.”

Katy Hayward, professor of political sociology at Queen’s University Belfast, said it would be “amazing and very significant if a nationalist party had the most seats in the assembly”. She said any referendum on Irish reunification was a long way off, but Irish Foreign Secretary Simon Coveney was also expected to visit Northern Ireland with Lewis on Monday.

“The success of Sinn Fein, if nothing else, underlines the importance of the Irish dimension. There can be no magic bullet unilaterally by the UK government,” Hayward told AFP.