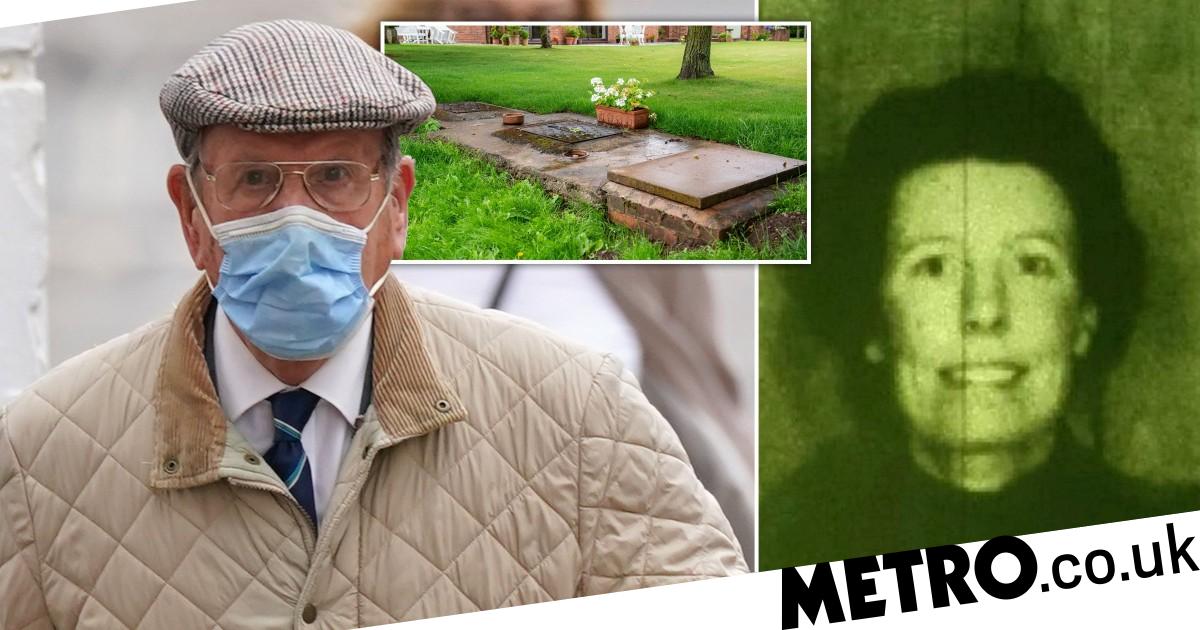 Police searching for a woman who went missing in 1982 walked a few yards from the septic tank where her body was found 37 years later, according to a murder trial.

David Venables, 89, is said to have ‘escaped murder’ for almost 40 years after he allegedly disposed of his wife Brenda Venables, then 48, in the cesspool at their home in Kempsey, Worcestershire.

Jurors at Worcester Crown Court heard Venables later suggest to officers that serial killer Fred West may have had something to do with the disappearance.

Officers involved in the “high-profile” search described how dogs, boats and a helicopter were used to scour local waterways, fields, woods and farm outbuildings.

Retired West Mercia police officer Peter Sharrock was part of the search teams, but recounted how the septic tank had apparently been neglected.

He told the court on Thursday: ‘I certainly never participated in the search of the septic tank. I walked past on my way to the river for research. No one mentioned searching the reservoir.

He explained how he saw a photo of the farm in a newspaper in 2019, in an article about the discovery of human remains there, and recalled looking for Brenda in the area.

He said: ‘As soon as I saw an aerial view of the site, I remembered what I saw then, what I saw now. When I saw it in the newspaper, it triggered a memory in my mind.

The retired officer told jurors he was “probably about 20 to 30 yards” from the tank when it was searched.

When asked why he never looked inside, he said he grew up in ‘urban areas’ and was unaware of the existence of an on-site sewage system. .

He said: “We had been directed to the forest and we were just on our way to this area. At the time it looked like a concrete slab (area) and I paid no attention to it. The word is retrospective, really.

The court has already heard details of Mr Venables’ 14-year affair with the now deceased mother-of-three Lorraine Styles, including how he visited his mistress for sex just days after the disappearance of his wife.

For more stories like this, see our news page.