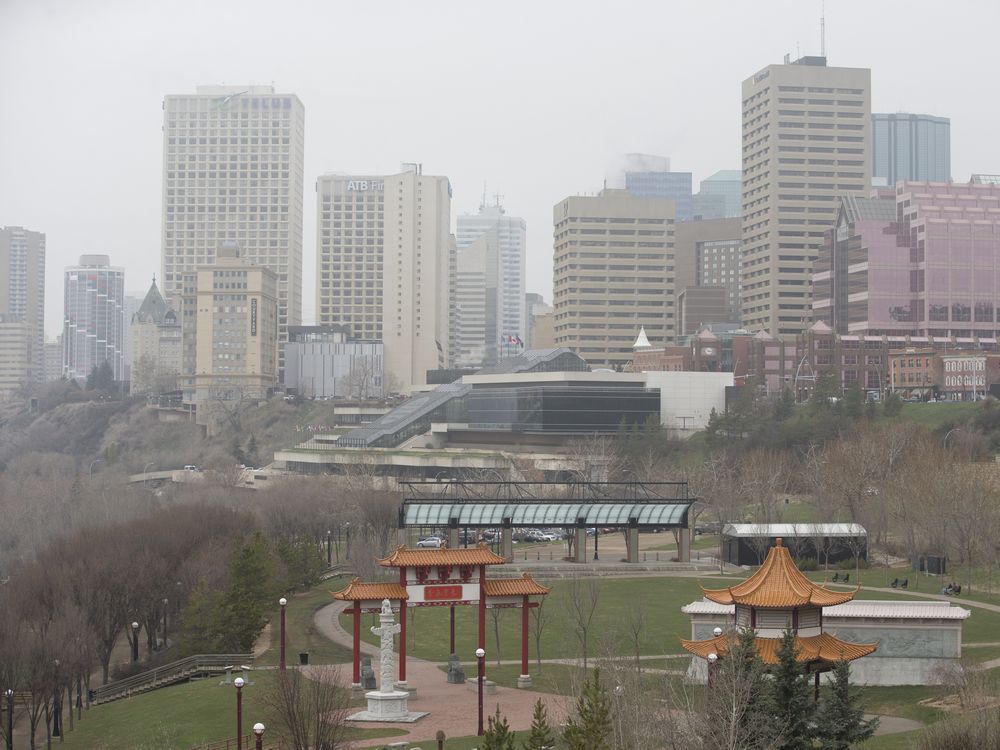 Regarding. “The city’s downtown is far from dead”, Letters, May 6

You might not be old enough to know what a bustling downtown Edmonton looks like. What we have now is far from dynamic. You would have had to have grown up in the 60s, 70s and 80s to see that our downtown is currently a ghost town.

Downtown was the perfect place to shop, eat and be entertained. The buses were full of people heading downtown. The parking lots were full as they only charged a few dollars for the day. Shops lined every street and restaurants were bustling. The streets were full whatever the hour.

Moreover, the Prime Minister is not to blame. The provincial government has nothing to do with the design and development of our downtown. Our city council is very lost and confused when it comes to where to spend the money to revitalize it. Wider sidewalks don’t bring people downtown. Expensive parking and unreliable and expensive public transportation also don’t bring people downtown. All the nice shops and stores are gone so why would I go downtown and pay $20 to park when everything including restaurants and entertainment is in a local mall where I can park free ?

Over the past month, it has been encouraging to see local media shine a spotlight on the serious problem of crime and disorder in the city center and on public transport. If you spend a lot of time downtown or on public transport, an uncomfortable or even threatening encounter with someone who is obviously mentally ill or stoned is likely. Conversely, EPS officers walking to the beat or driving the LRT are rare.

This must change; police officers cannot effectively detect or prevent criminal behavior simply by walking past, and law enforcement officers and transit security are not sufficient deterrents. Our downtown would be much safer with a strong EPS presence to deter crime and enforce the law.

Lack of enforcement is another concern. Recently, Edmonton City Council called on the federal government to decriminalize dangerous drugs like fentanyl and methamphetamine in Edmonton as a harm reduction measure. Since there doesn’t seem to be any law enforcement for drug use and trafficking right downtown and on the LRT, we already have de facto decriminalization. It’s a problem, not the solution. Drug treatment courts are a proven model for reducing recidivism, helping people overcome addiction, and promoting a safer community. No one wins when we promote drug addiction and crime.

Too many speeding drivers

Regarding. “The crisis is over, but what about the lingering rage?” David Staples, April 29

Staples has done it again. Wrote an article with very little interest except to once again talk about the political divide surrounding the COVID pandemic and come back to it yet again with his conservative bias.

If he wants us to overcome the lingering rage, he might have been well advised not to quote Dr. Fauci. Dr. Fauci clarified his words and, no, we are not out of the pandemic.

If he wants us to overcome the lingering rage, let’s stop quoting the so-called American professionals. This time, he quoted one of the most anti-COVID people in the United States, John Ioannidis, who had the courage to say after hundreds of thousands of Americans died that it was not that bad. His controversial studies claim that the coronavirus is not such a big threat.

If he wants us to get over the lingering rage, he should stop asking what Notley would have done. He ended this column with yet another question about him. She is not the prime minister. Our rage comes from reading columns like this that have no other purpose than to fuel that same rage he says he wants us to recover from.

We invite you to write letters to the editor. A maximum of 150 words is preferred. Letters should include a first and last name, or two initials and a last name, and include an address and daytime telephone number. All letters are subject to change. We do not publish letters addressed to others or sent to other publications. E-mail: letters@edmontonjournal.com