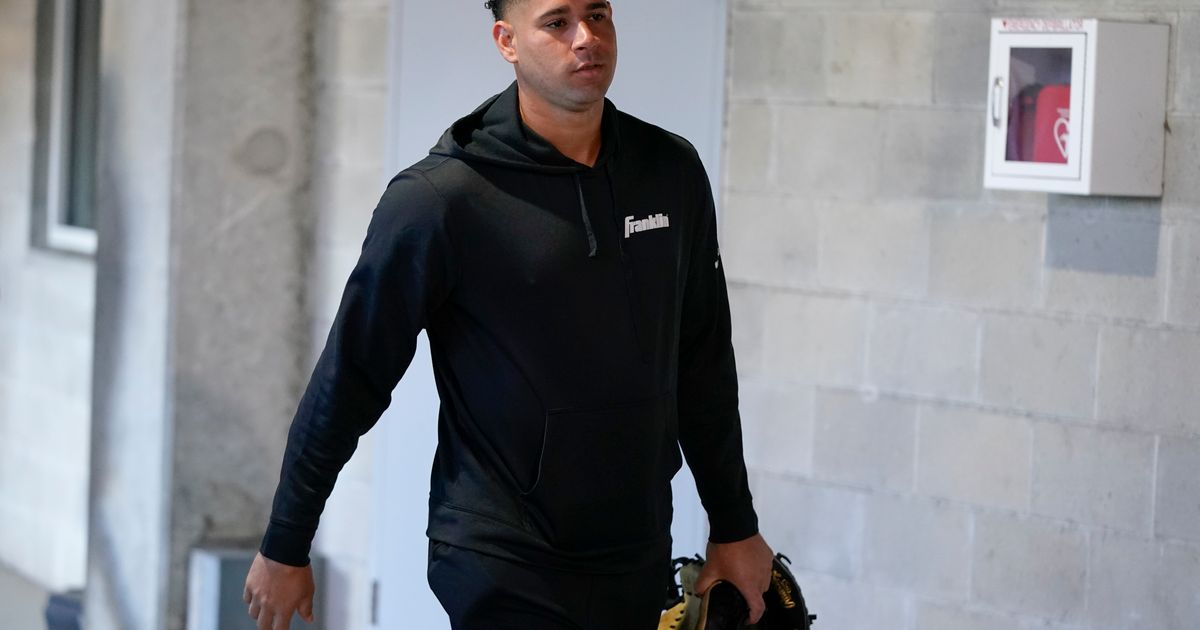 FORT MYERS, Fla. (AP) — Gary Sánchez is ready to move on from the New York Yankees.

The power-hitting catcher reported to Minnesota Twins camp on Monday morning with teammate Gio Urshela about 12 hours after they were included in a three-for-two trade that sent third baseman Josh Donaldson and short-lived shortstop Isiah Kiner-Falefa to New York . The Yankees also acquired catcher Ben Rortvedt in the deal.

While he’s just beginning to settle in, Sánchez expressed enthusiasm about his new opportunity with the suddenly trade-happy Twins, who plan to platoon him with young catcher Ryan Jeffers. The Twins traded veteran catcher Mitch Garver on Saturday to the Texas Rangers in exchange for Kiner-Falefa before flipping him to New York. The Twins also acquired starting pitcher Sonny Gray from the Cincinnati Reds on Sunday and likely have more moves coming.

Discussing his own trade during a seven-minute session with reporters, the 29-year-old Sánchez deflected questions about his up-and-down tenure with the Yankees. A superb power hitter with suspect defense since debuting in October 2015, Sánchez struggled offensively in each of the past two seasons. He hit just .204 with a .307 on-base percentage, a .423 slugging percentage and 23 home runs in 440 plate appearances in 2021.

“Since last night, that chapter is done,” Sánchez said through a team translator. “It’s in the past.”

The Twins hope a playing for a new team gets Sanchez back on track.

A two-time All-Star and the runner-up in 2016 for the AL Rookie of the Year award, Sánchez’s bat could provide the Twins with thump they need after trading Donaldson, the 2015 AL MVP award winner.

Sanchez hit 105 homers over his first 3 1/2 seasons in the majors with an .847 OPS. But his glove never came close to matching his offensive prowess, which led to plenty of unwanted attention over his time with the Yankees.

“He’s had a lot of pressure,” Twins president of baseball operations Derek Falvey said. “He struggled at different times. But I fundamentally believe in the talent. When you watch him play and see what he does, we triangulated as much information as we could around makeup and background. This kid wants to be good. And now, maybe just a reset, sometimes, take a deep breath, go somewhere else and continue to go down that path, we’ll give him that opportunity.”

The Twins believe a strong support system is in place, too. They like the idea of ​​having Sánchez playing alongside a cast of Spanish-first speakers like Miguel Sanó, Jorge Polanco and Luis Arraez.

It also doesn’t hurt that Urshela is joining him. The defense-first infielder, who figures to take the bulk of time at third base with Donaldson gone, has been close to Sánchez since joining the Yankees in 2019.

The two players talk routinely and shared their surprise after learning of the trade late on Sunday night. They then caravanned together for the two-hour trip from Tampa to Fort Myers on Monday morning. Urshela said he thinks the new locale will be a good thing for Sánchez.

“He was excited,” Urshela said. “He was really happy. This is a new opportunity for Gary, and we’ve heard a lot of good stuff about Minnesota. “He’s got the talent. He’s coming in with a lot of confidence. I think he’s going to be a good player here.”