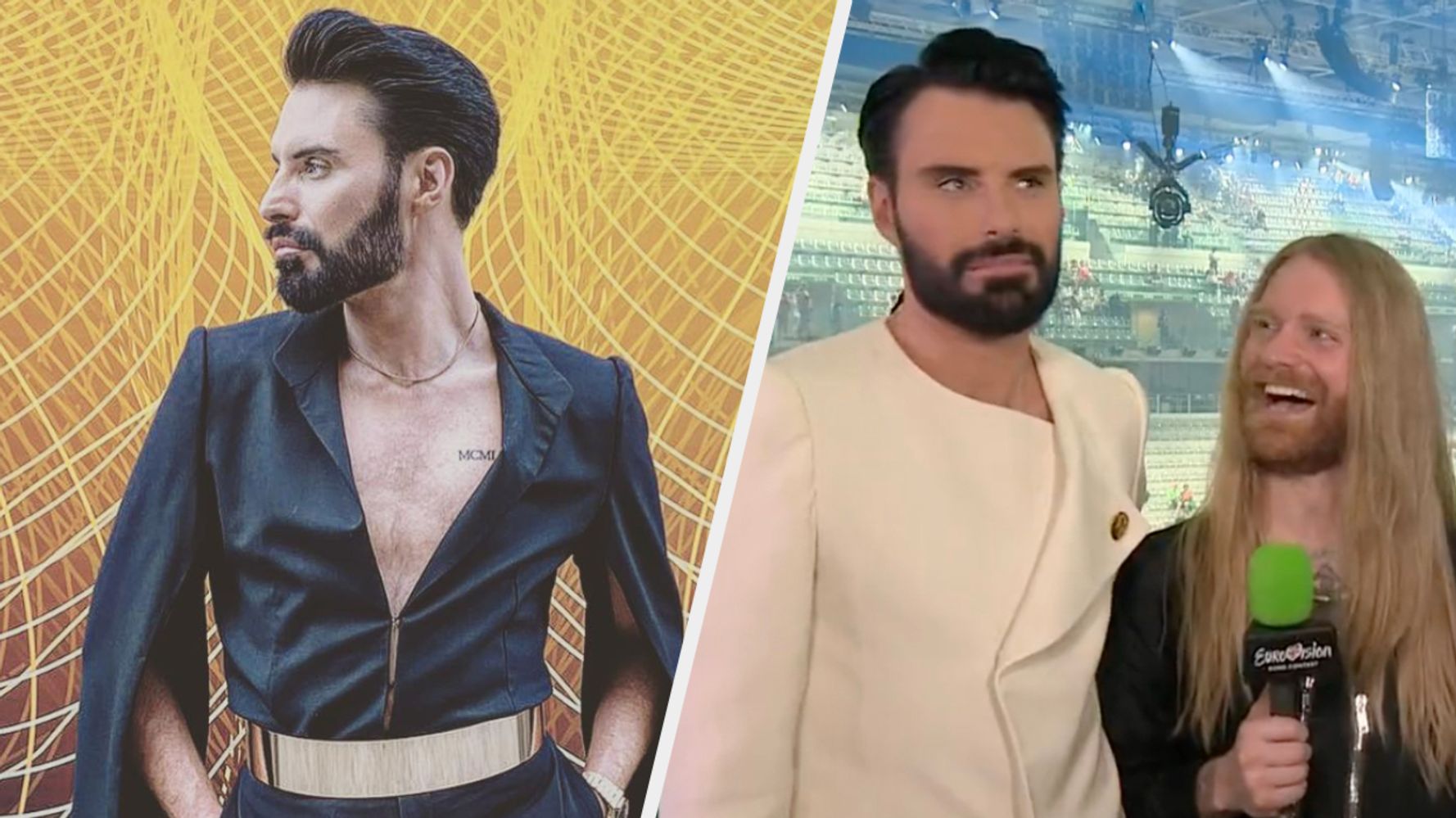 Rylan Clark has revealed he continues to be mistaken for a Eurovision contestant as he hosted BBC coverage of this year’s semi-finals in Turin.

The presenter confessed there were a number of occasions this week where other people wished him “good luck” thinking he was in competition.

Appearing on The One Show on Thursday night, Rylan’s co-host Scott Mills told Alex Jones and Ronan Keating: “So I don’t know if you saw Rylan’s outfit on Tuesday and again tonight you can see why some people in Turin may think he is one of the candidates.

Rylan, whose Eurovision outfits were made by Great British Sewing Bee contestant Raph Dilhan, admitted he’d embraced the confusion, joking: ‘We’ve gotten to the point where I just put an accent on ‘Eastern Europe and I think they think I’m Romania.

Scott said it actually happened moments before their broadcast with Alex and Ronan via a live link from Turin in Italy, where the contest is taking place.

“So it happened again as we were walking in, someone said ‘Good luck tonight’ and he said ‘thank you,'” Scott said.

Rylan then added with an accent: “Thank you very much, so happy to be here.”

Romania is represented by WRS with Llámame in this year’s competition – and it has to be said that the singer’s fashion isn’t exactly different from Rylan’s:

Rylan has been involved in Eurovision since 2018, when he became one of the BBC’s commentators during the competition’s semi-finals.

Speaking ahead of this year’s contest, the TV presenter told The Sun it has become something of a ‘tradition’ for him to take the UK representative out on the town in whatever country he is in Eurovision is taking place – although it hasn’t always gone down. well with the organizers.

“It’s tradition that I always release the UK act, normally on Wednesdays or Thursdays,” he explained. “And then the head of delegation always picks on me for taking them out.”

This year’s entrant is Sam Ryder, who is competing with his song Space Man, which is among the bookmakers’ favorites to win.

The UK last won Eurovision 25 years ago with Katrina And The Waves’ Love Shine A Light.

This year’s Eurovision final will be shown live on Saturday at 8pm on BBC One.