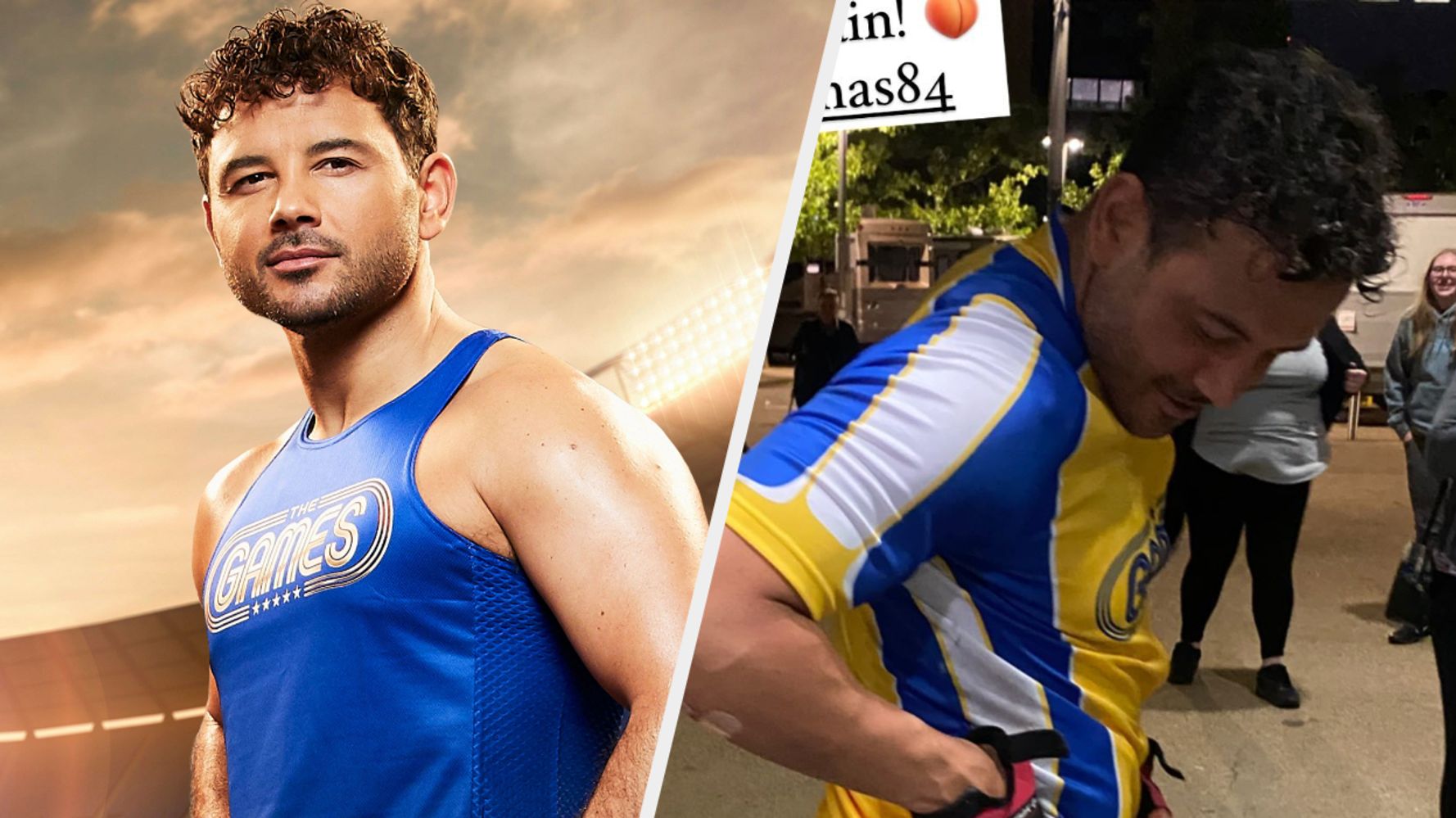 Former Coronation Street star Ryan Thomas suffered a rather embarrassing mistake earlier this week when he accidentally exposed his bum while diving on ITV’s The Games.

But it turns out he’s not done with his wardrobe malfunctions for the week.

Ryan is one of the competitors currently taking part in ITV’s revival of the Games, which pits a host of celebrities against each other in a series of Olympic-style events.

Thursday night’s live show saw the celebrities try their hand at competitive cycling, and while Ryan may have been the first across the finish line, the evening was not without a hitch.

Posting on Instagram after the broadcast, his partner Lucy Mecklenburgh revealed that he had another clothing mishap, ripping his shorts and exposing his back again.

“Here he is again! the former TOWIE cast member joked on his Instagram, alongside a cheeky peach emoji.

Ryan is best known for playing Jason Grimshaw on Corrie, later winning the final series of Celebrity Big Brother at the end of his stint on the soap.

He has competed with 11 other celebrities over the past four nights to see who will end up winning the bronze, silver and gold medals in Friday night’s final.