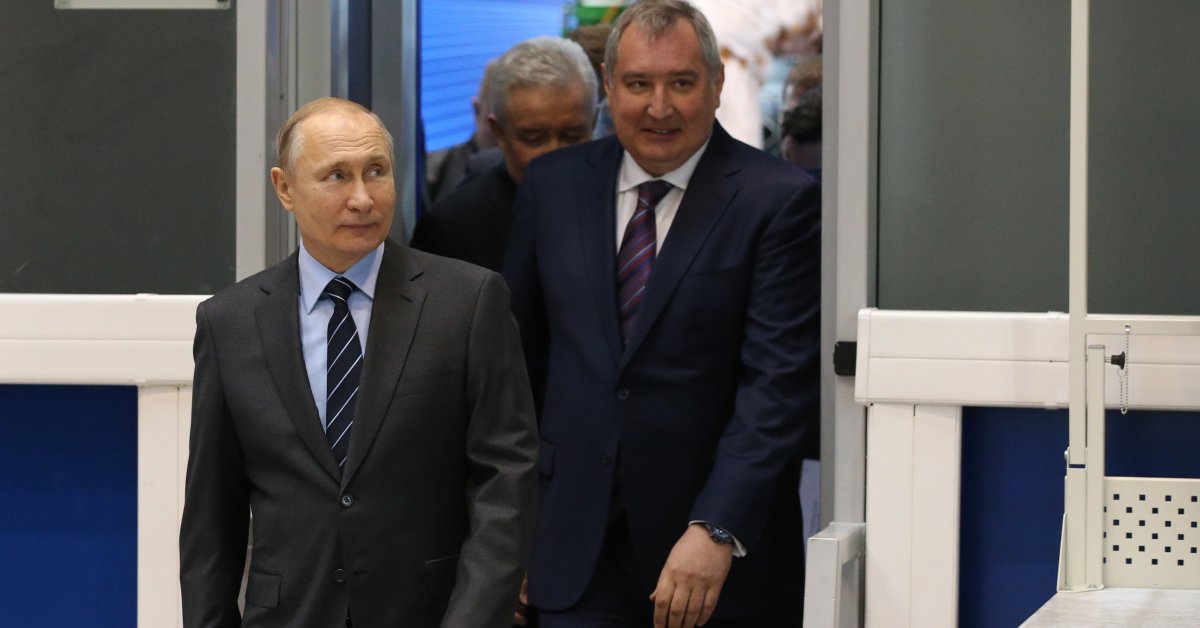 JThe Russian invasion of Ukraine continues to expand its reach, not just around the world, but into space. For that, we have to blame Dmitry Rogozin – an intemperate man in what demands to be a temperate business. Much of the world knew Rogozin, the head of Russia’s Roscosmos space agency, in 2014 when he was deputy prime minister, and Russia had launched its first foray into Ukraine, seizing Crimea. Then, like today, the United States imposed sanctions, then, like today, the Russians cried foul. But Rogozin went further.

At the time, the space shuttle had been retired and the United States depended on hitchhiking aboard the Russian Soyuz spacecraft to get astronauts to the International Space Station (ISS). Rogozin took to Twitter to link sanctions and America’s humiliating reliance on Soyuz. “After analyzing the sanctions against our space industry, I suggest the United States bring their astronauts to the International Space Station using a trampoline,” he tweeted in April 2014.

Things have only gotten worse now that Rogozin rules Roscosmos and Russia is embroiled in a much bloodier and uglier war across Ukraine.

The ISS stays aloft in part thanks to regular engine reboosts from a Soyuz spacecraft docked at the Russian end of the station. In March, Rogozin threatened to hold the station hostage again. “The Russian segment is ensuring that the station’s orbit is corrected…including to avoid space debris,” he wrote on the Telegram messaging app. Along with the message, he posted a map showing that the ISS only flies over a small part of Russia in its orbit, but regularly passes over the United States and Europe, where a falling station could theoretically crash. “The people of other countries, especially those led by the ‘dogs of war’, should think about the price of sanctions against Roscosmos,” he wrote.

This week, as Live Science reports, Rogozin spoke out again, this time threatening to completely abandon the Russian space station partnership with the United States. In a statement to the government television channel Rossiya-24, Rogozin said: “The decision has already been made.” He did not say exactly when the breach would occur – only that it would happen – and that Moscow would give Washington a year’s notice of when it intended to abandon the outpost,” in accordance with our obligations”.

Some of this is just bluster. The Biden administration and NASA have both signaled their hope of keeping the aging station in the air until 2030, which would extend the original agreement between the 15 international partners that operate it to decommission it in 2024. Russia has yet to signal its agreement with the extension to 2030. This means that if it announced in 2023 its intention to withdraw in a year, it would simply stick to the original 2024 timetable.

Moreover, while it is true that the station depends on the Soyuz for its periodic reboosts, an American spacecraft could just as well do the trick and NASA is already testing the ability of an American Cygnus freighter to do the job. The greatest danger from Rogozin’s latest threat is not for the station itself, but for the international committee that has been flying the giant outpost for the past 24 years. The big project has succeeded all this time not only thanks to a cool head, but to good will. Rogozin, once again, demonstrates neither.

This story originally appeared in TIME Space, our weekly newsletter covering all things space. You can register here.

Write to Jeffrey Kluger at jeffrey.kluger@time.com.