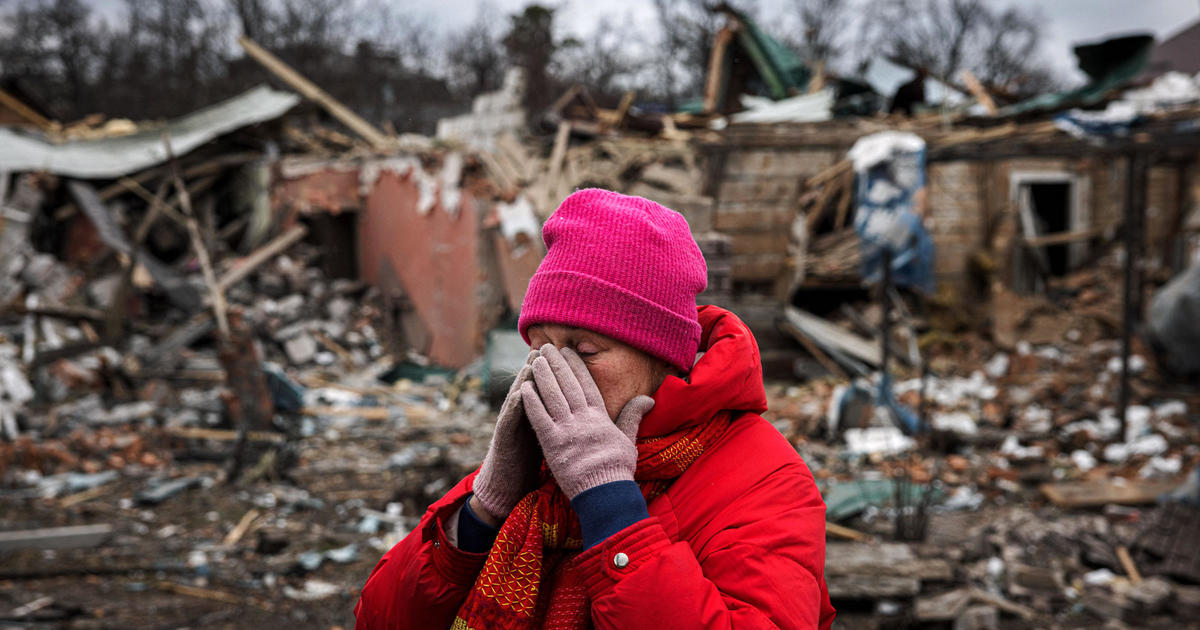 Nine people died and another nine received injuries on Monday when Russian forces hit a television tower outside the western Ukrainian city ​​of Rivne, local authorities said. The village is only about 100 miles from the border of NATO member Poland.

“Nine dead, nine wounded,” the head of the regional administration, Vitaliy Koval, said on messaging app Telegram, adding that work was underway to free survivors trapped under the rubble in the village of Antopil.

He posted pictures of firefighters using cranes to lift sections of shattered concrete and brick walls and carrying a stretcher. Koval said 90 rescuers were at the scene and posted photos on Facebook.

Ukrainian authorities also said two people died and seven were injured after Russian forces struck an airplane factory in the capital of Kyiv, and that two people were killed in the northern Obolonskyi district of the capital when Russian artillery fire hit a nine-story apartment building. They said a Russian airstrike in the capital’s downtown area Monday killed one person and wounded six others.

Earlier Monday, a Russian airstrike on a residential building in Ukraine’s capital city killed at least one person and wounded several others. Russia insists it doesn’t target civilians, but its forces have intensified their attacks on urban areas since Vladimir Putin ordered the invasion of Ukraine on February 24.

Another round of live talks between Ukrainian and Russian officials took place on Monday. Both sides had reported “substantial progress” after several previous rounds, and there was even hope for some agreement within a matter of days. After the talks on Monday, which were held virtually for the first time, Ukrainian presidential adviser Mykhailo Podolyak said there would be a “technical pause” in the bilateral dialogue until Tuesday, adding: “Negotiations continue.”

The United Nations has recorded at least 596 civilian deaths since Russia invaded Ukraine, though it believes the true toll is much higher.