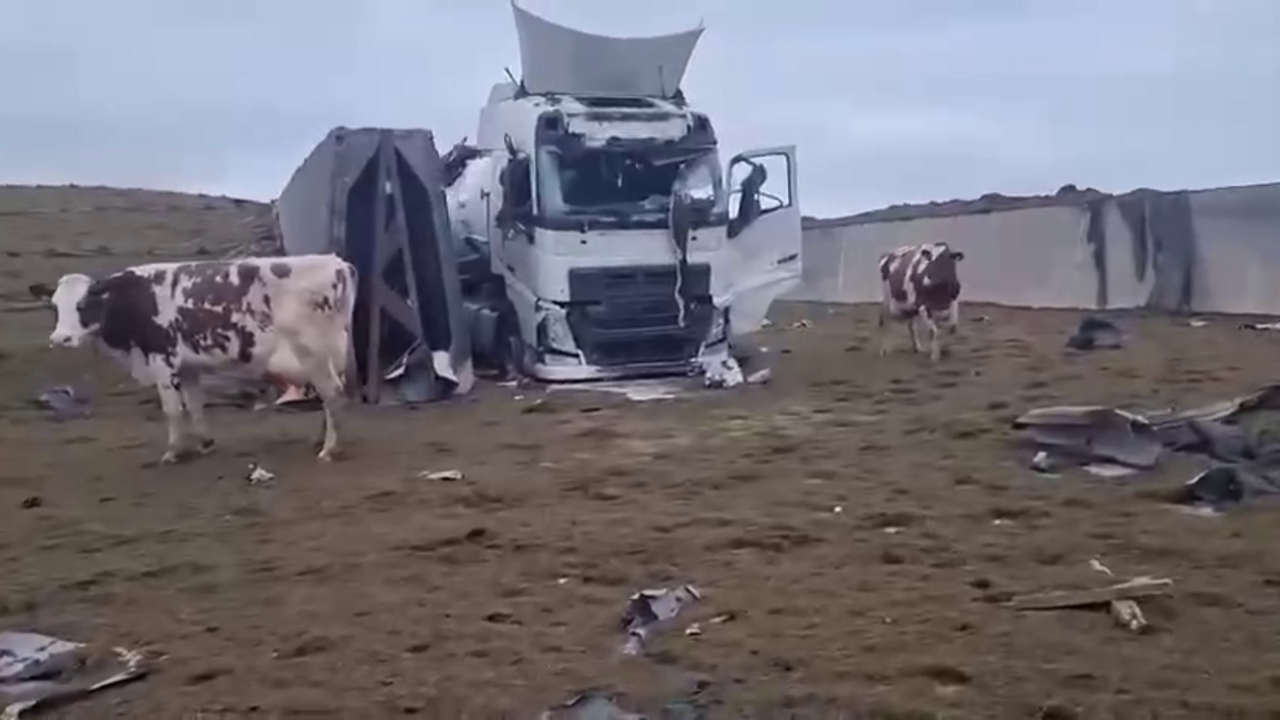 Videos shared online and testimonies attest to a new Russian offensive tactic in Ukraine: the deliberate targeting of agricultural equipment, farms and grain reserves through bombardment and looting. The attacks on Ukraine, known as “the breadbasket of Europe”, were specific enough to constitute “very deliberate attempts by Russia to reduce Ukraine’s agricultural production”, according to a food security expert from the Center for Strategic and International Studies.

Ukraine’s agricultural activities have already been severely disrupted since the start of the Russian offensive in the country on February 24. Last year, Ukraine harvested 106 million tons of grain, a record for the country. But Ukraine’s Agriculture Minister lamented that up to half of Ukraine’s harvest may be lost due to various impacts of war this year.

On top of that, Ukraine’s farms and grain storage facilities appear to have been directly targeted by the Russian military in attacks and operations.

Videos and satellite images have documented the destruction of a silo – capable of holding 30,000 tons of grain – and the facilities of an agricultural factory run by Golden Agro in Rubizhne, eastern Ukraine (geolocation here ). Ease would have exploded on April 9 when a tank of nitric acid, used in certain fertilizers, was hit.

Satellite imagery taken April 21 (left) at the Golden Agro factory in Rubizhne, Luhansk, Ukraine, shows a crater after an explosion destroyed the facility.

Another video, posted on March 31 on Telegram, shows cows wandering among the destroyed remains of the Agromol dairy farm in Shestakove, in the Kharkiv region of Ukraine (geolocation here).

A video shared on Telegram on March 31, 2022 shows the impacts of shelling on the Agromol dairy farm in Shestakove, Kharkiv region of Ukraine. In the video, cows roam freely among the farm debris.


There are said to have been over 1,000 animals on the farm, and only a handful survived the bombardment. Photos shared on social media show the bodies of cows killed in the bombings.

Finally, security camera footage captured the moment a rocket hit a grain silo near Synelnykove in Ukraine’s Dnipropetrovsk region. The head of the Dnipropetrovsk regional state administration, Valentyn Reznichenko, posted the video on Telegram on May 2, adding that there were no casualties in the blast.

A video posted on Telegram on May 2 shows a rocket strike on a grain facility near Synelnykove in the Dnipropetrovsk region of Ukraine. Agricultural equipment such as tractors are visible near the site of the explosion.


US officials reported documenting at least six grain storage facilities damaged by Russian attacks in late March. The images of the attacks prove that there were “very deliberate attempts by Russia to reduce Ukraine’s agricultural production”, according to Caitlin Welsh, director of the global food security program at the Center for Strategic Studies. and international (CSIS).

“Some of these attacks are so precise – it’s just a warehouse, for example, being destroyed without collateral damage to the houses around it,” Welsh told the FRANCE 24 Observers team.

“Since civilians are the ones plowing these fields, I think that constitutes a war crime”

The tactics have also reignited fears in Ukraine of an organized Russian effort to incite fear and hunger among Ukrainians. The strategy dates back for some to the Holodomor, where up to five million Ukrainians died in a famine that many believe was a genocide orchestrated by the Soviet government from 1932 to 1933.

>> Read more about The Observers: Fears of food shortages after Russian attacks on grocery stores in Ukraine

John Herbst served as US Ambassador to Ukraine from 2003 to 2006, currently heading the Atlantic Council’s Eurasia Center. He explained that targeting agriculture is not just an economic attack – it also impacts Ukrainian civilians and their morale.

Ukraine has been famous for centuries for its black soil, some of the most productive, properly cultivated, perhaps the most productive agricultural land in the world. A very important part of the Ukrainian economy and which, before this new major escalation from Moscow, was doing reasonably well. Now, of course, like the whole economy, it’s cratered. [Putin is] deliberately trying to destroy the Ukrainian economy. This includes the important agricultural center of Ukraine. And they are by no means put off by the global impact of the halt in Ukrainian grain exports.

We knew when [Russia] launched their offensive, part of their plan would be to bomb the civilian population into submission. Their failure during the siege of kyiv […] led them to attack additional targets, not only focusing on the east, south, but also finding other ways to “punish Ukraine”. And since civilians are the ones plowing these fields, I think that constitutes a war crime because deliberately targeting civilians is a war crime.

In addition to targeting civilians with military strikes, requisitioning food from occupied territories during wartime could constitute a war crime under Article 55 of the 1949 Geneva Convention. Russia, however, has denied targeting civilian areas.

Russian troops, or their Chechen allies fighting in southern Ukraine, have been accused of looting grain and agricultural equipment.

The Russian occupiers take Ukrainian agricultural equipment from the #Donbass across the border to #Russia. This is yet another way Russia is destroying #Ukraineand aims to deprive Ukrainian civilians of the means of agricultural production and of food itself. #genocide pic.twitter.com/gawvqmmnba


As explained by the Twitter user, @Kargolow, it is possible to use visual clues from the video to confirm that these were indeed Russian vehicles heading towards Chechnya. The convoy of trucks – marked with the letter “Z” (visible at 0:07 and 0:12 in the video above), typical of Russian military vehicles used during the Ukrainian war, is escorted by Russian police cars (visible at 0:15 in the video).

The cars drive east, towards Chechnya, through a region of Russia between Ukraine and Chechnya.


On May 2, locals told CNN that Russian forces had looted $5 million (4.7 million euros) worth of equipment from the Agrotek agricultural equipment dealership in Melitopol, including two harvesters, a tractor and a seeder.

Some of these tools were fitted with GPS: the dealer tracked them to a village near Grozny, Chechnya. They also had remote locking mechanisms, rendering them unusable.

The same forces are said to have already emptied grain warehouses in the city, which has been occupied by Russian troops since early March, loading the product into trucks for transport, according to Melitopol Mayor Ivan Fedorov.

“We are learning that Russia is also stealing Ukrainian agricultural products and stealing grain and shipping it to Russia or Russian-controlled territory so that it can sell it in world markets at high prices,” Caitlin Welsh explained.

Despite the local and global impacts of Russia upending Ukraine’s agricultural sector, Herbst thinks it may not have the intended impact of forcing Ukrainians into submission:

They hope to intimidate the Ukrainian people. What they did was they persuaded the Ukrainians that they were fighting for their existence as Ukrainians. This therefore only led to a doubling of the Ukrainian side’s bet in the event of a victory.

International officials also fear that the war in Ukraine will have significant impacts on food security and hunger around the world, especially in countries in the global South. Exports of Ukrainian agricultural products have been drastically reduced – up to 4.5 million tons of grain have been blocked from export at its Black Sea ports, according to the United Nations.