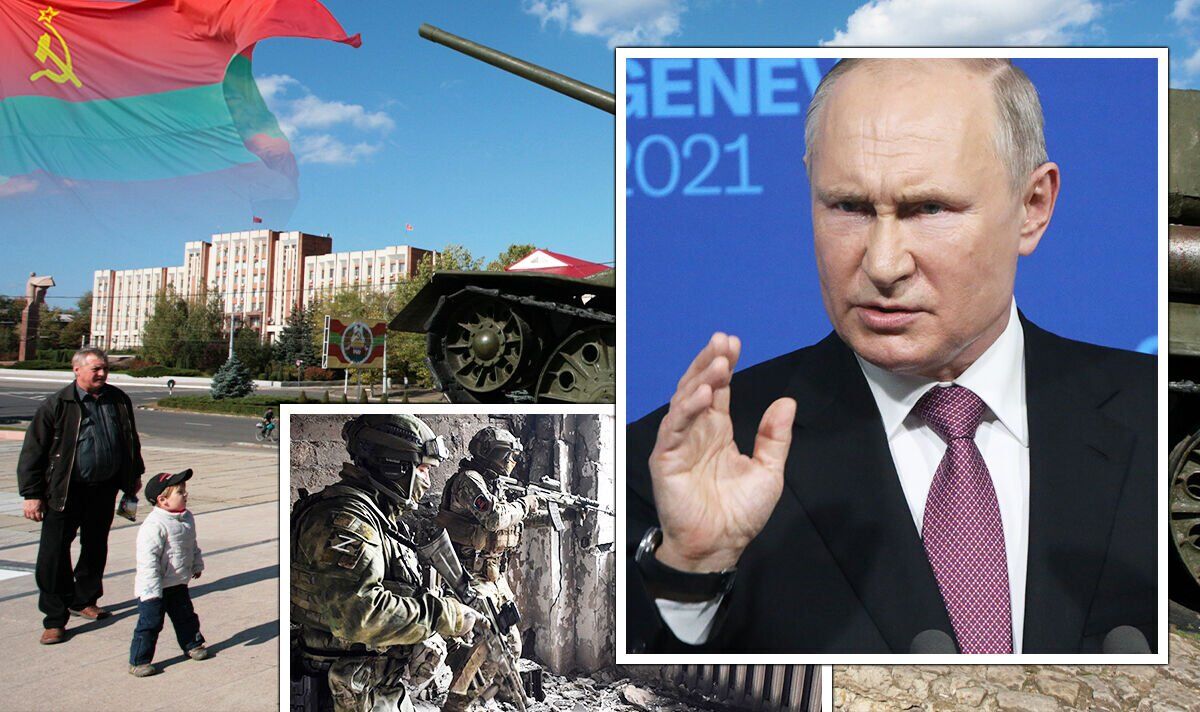 Towards the end of last month, several mysterious explosions were reported in the breakaway Moldovan territory, Transnistria. Developments have raised eyebrows that the Russian invasion of Ukraine could expand into Moldova, with 1,500 troops from Moscow already based in the region.

Transnistria is a 249-mile-long strip of land bordering Moldova and Ukraine, which is inhabited by some 470,000 people.

Internationally it is recognized as part of Moldova, but since 1992 it has been under the control of separatists in a de facto government.

Although Russia does not officially recognize Transnistria as an independent country, it retains its autonomy today thanks in large part to the military support provided by the Russian army.

In the past, Russian President Vladimir Putin has described the collapse of the Soviet empire in 1991 as “the greatest geopolitical catastrophe of the century”.

Russia may also see it as a more feasible goal to capture Transnistria given that Moldova is neither a member of the European Union (EU) nor of the NATO military pact.

As a result, the West’s willingness to intervene directly in a conflict there, as in Ukraine, might not be as strong if a similar attack were launched elsewhere.

An outbreak in Transnistria could also destabilize Moldova and open a new front in the war against Ukraine. Odessa, Ukraine’s main port city, lies just east of Transnistria.

If Russia chose to reinforce Transnistria, then it could advance on Odessa from the west.

This would distract the Ukrainian forces which are already seriously stretched and change the dynamics of the war.

However, Mr Osborn warned that it remains to be seen whether Moscow has the strength to take control of Transnistria given the scale of the conflict in Ukraine.

He added: “Whether Russia has the military power to push towards Transnistria and Moldova, at least in the short to medium term, is not at all clear.

“It is struggling to gain momentum in the east and therefore cannot afford to move significant military forces to Moldova.”