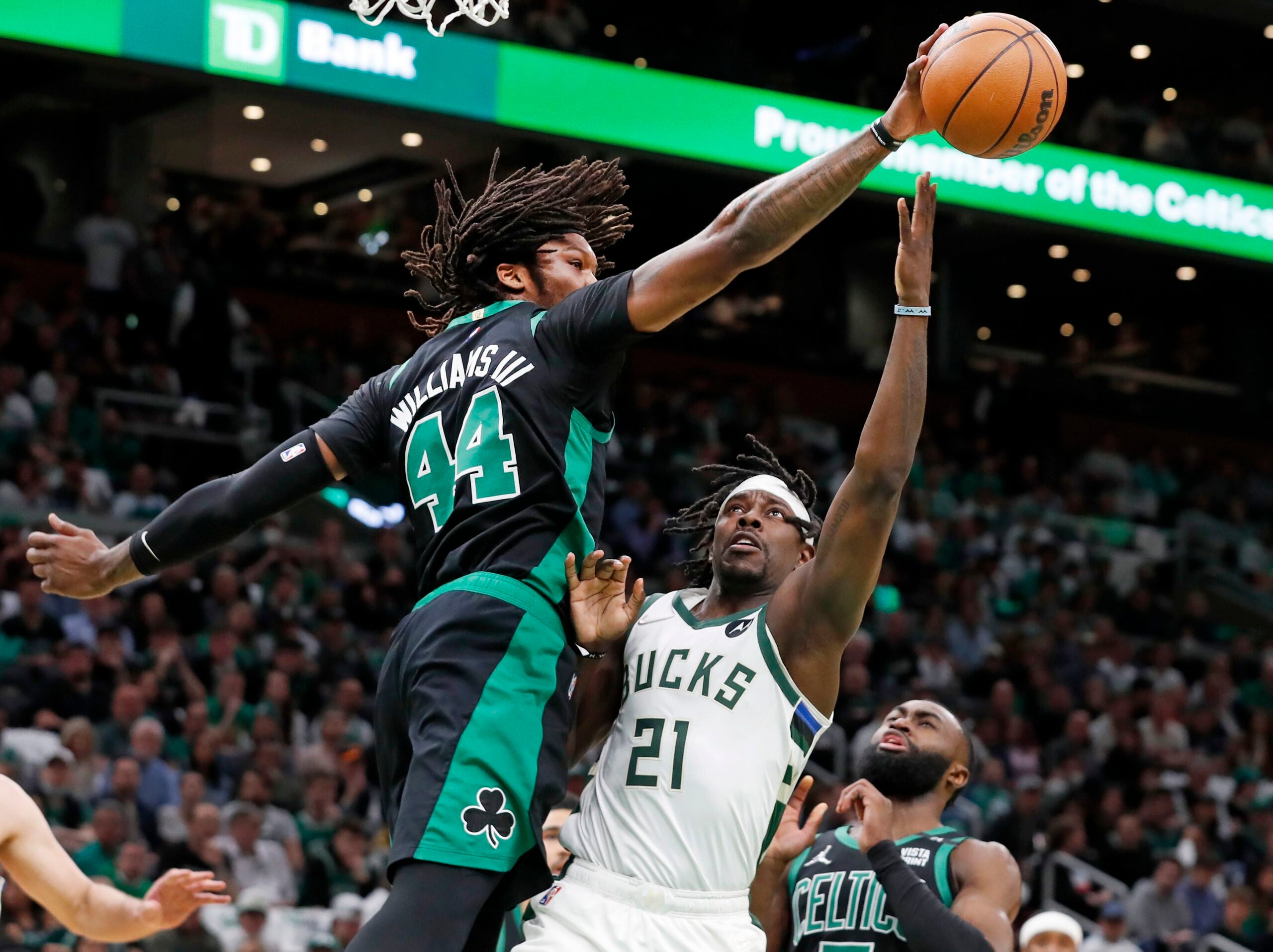 Robert Williams remains day to day with left knee pain and is listed as questionable for Sunday’s Game 7 between the Celtics and Bucks.

Head coach Ime Udoka said Williams playing on Sunday is all about pain tolerance. Big man Williams, who suffered a bone bruise in Game 3 in a collision with Giannis Antetokounmpo, has missed the last three games.

Williams missed Games 1 and 2 against the Brooklyn Nets, played in five consecutive games and has been out since. He averaged 6.2 points, 4.8 rebounds and 1.8 blocks in the playoffs this year in just 20.2 minutes per game.

Sam Hauser (right shoulder instability episode) is out, and every other Celtics is available for the Celtics’ biggest game of the season yet.