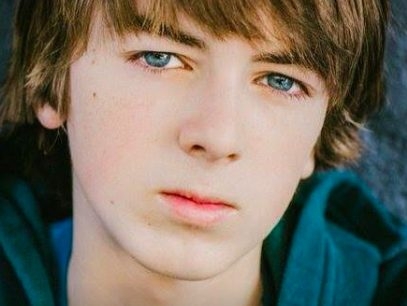 Ryan Grantham confessed to murdering his mother and then filmed her lifeless body.

A former actor Riverdale and Diary of a Wimpy Kid was going off the rails when he shot his mother in the head while she was playing the piano – to prevent her from seeing him assassinate Prime Minister Justin Trudeau.

The bizarre details were revealed during sentencing presentations in a British Columbia courtroom this week.

In March, 24-year-old Ryan Grantham pleaded guilty to second-degree murder in the March 31, 2020 murder of his mother, Barbara Anne Waite, at their Squamish home. The crime carries a mandatory life sentence. The Crown is asking for 17 to 18 years of parole ineligibility.

“He put the crosshairs on the back of his head, closed his eyes and pulled the trigger,” said Crown prosecutor Michaela Donnelly.

Grantham has had roles in Diary of a Wimpy Kid and The Imaginarium of Doctor Parnassus. His last acting credit was a 2019 episode of Riverdale.

His road to murder was punctuated with insanity, the court heard. He rehearsed his mother’s murder and even made videos of his plans.

In the footage he shot after the brutal murder, Grantham took one final star turn: he confessed to murdering his mother, then filmed her lifeless body.

The court heard Grantham pack his car with his three guns, ammunition, a dozen Molotov cocktails, camping supplies and a map. The map pointed to Rideau Cottage in Ottawa, where Trudeau lives with his family.

The former child actor admitted to cops his plan to assassinate the Prime Minister and kept a private diary of his murderous thoughts. But he didn’t travel the country long on his murderous quest before he turned around and surrendered to Vancouver police.

Prosecutor Michaela Donnelly cited two psychiatric reports that showed Grantham’s dramatic breakdown. Reports stated that prior to the murder he had suffered from an “intense period of clinical depression and ‘urges to commit acts of violence and suicide’.”

The troubled comedian murdered his mother because he wanted to ‘spare’ her from seeing the bloodshed he was about to unleash on Trudeau. At the time of her murder, Barbara Anne Waite was battling cancer.

“She was vulnerable and Ryan gave her no chance to defend herself. It pains me to know that he was a danger to his life,” his sister Lisa told the court, adding that she and her aunt “feared his release from prison.”