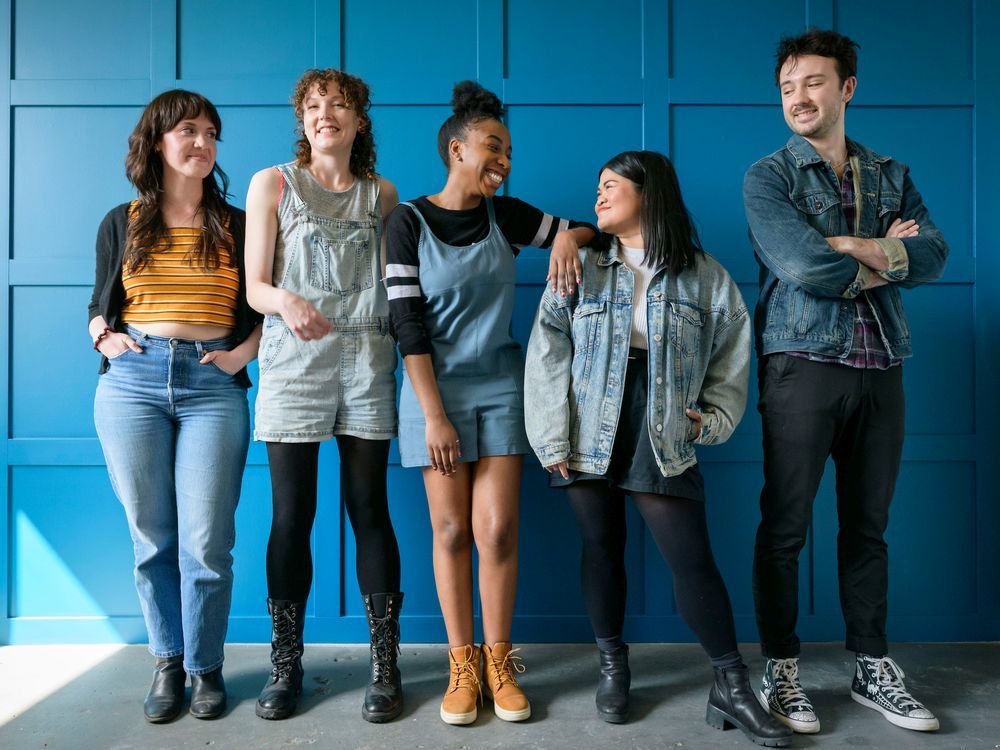 Charlie has a habit of speaking well of the people she loves.

It’s a line that comes up almost halfway through playwright Michelle Robb’s Tell Us What Happened, and the commentary has a double benefit. While Charlie (Bonnie Ings) is indeed very supportive of his circle of friends, that unfortunately also includes his best friend Josh (Matt Dejanovic), who has just been accused of sexual assault. What makes it harder is that her friend Leah’s (Jameela McNeil) assault has been repeatedly reported and noticed through a private Facebook group the committed feminist started called Tell Us What. Happened.

It turns out that Josh has not only molested Leah, but also a number of other friends and acquaintances of hers over the years. Given that Josh was a major pillar of support for Charlie during and after his own teenage assault, it’s nearly impossible for him to stomach. This infuriates one of his roommates, Leah’s cousin Zoey (Michelle Diaz), who accuses Charlie of hypocrisy. The other housemate, Piper (Gabby Bernard), is mostly out of the loop on the matter, recanting social media and instead focusing on her art and the aftermath of a messy breakup.

Aggression is at the heart of Tell Us What Happened, but the piece is really about how it affects relationships and how social media blows up the drama. Initially, Leah becomes distant and self-accusatory, while Zoey brushes off Charlie and Piper’s hesitation. Charlie hesitates, understanding what she needs to do but unable to do it, as Piper steps back and then returns. Emotions run high with lots of screaming, attempts to de-escalate as they note each other’s limits, sudden reversals. They change their perspective as the gravity of the situation sinks in or the charming and seemingly harmless Josh makes appearances to plead understanding.

Robb isn’t trying to make one of the roommates perfect in return for Josh’s actions. Living in a house full of Red Bulls and bags of crisps, they behave like young adults invariably do when exploring the world. Lots of parties, shaky relationships, and bad habits, which lead to some welcome levity moments, Zoey and Piper in particular humorously impactful storylines that anyone who’s lived life will recognize.

Social networks are omnipresent in this room. The characters are still on their computers or phones, and the house the trio of friends are renting becomes the backdrop for visual images of emojis, text, keyboard buttons. The sound of an incoming message or a reply to a message plays on the soundtrack. Rather than talking, they force themselves to read on the screen. This pushes them forward before anyone else is able to digest the information just given to them.

In fact, social media ultimately dictates what happens at the end, a very unexpected and heartbreaking finale that raises more questions than it answers. It actually feels both a little rushed and simultaneously dragging given the nearly two-hour opening night runtime, which we think will likely be whittled down to the stated 90 minutes as the play progresses. Yet despite a few points behind, Tell Us What Happened cleverly fits in enough to keep us talking for the next 10 years.

Tell us what happened

Tickets: From $20 at Workshop West