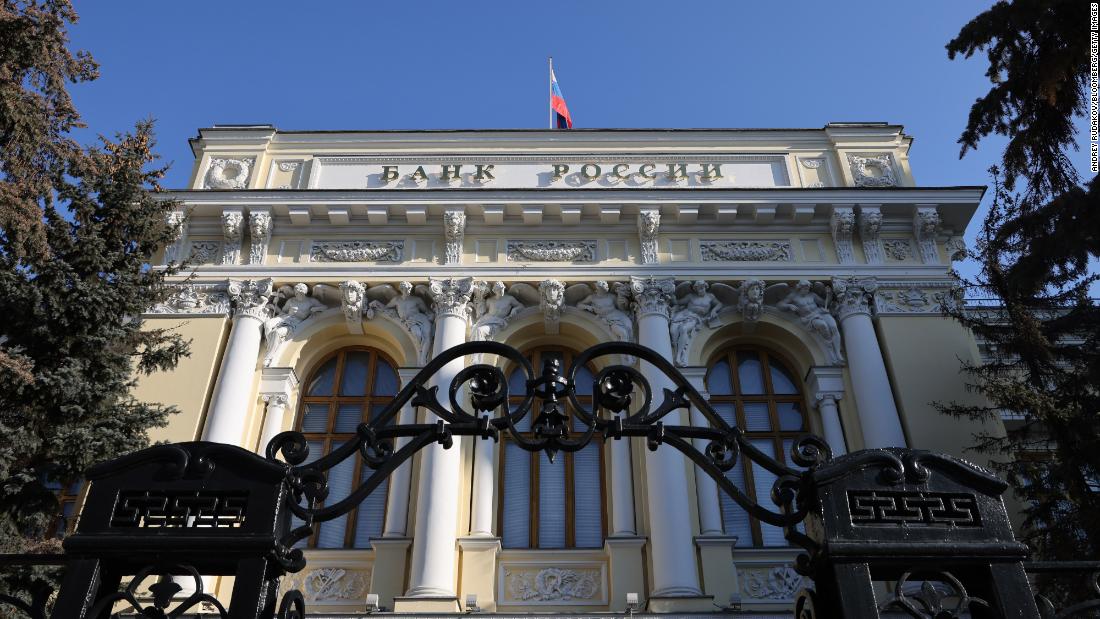 A bipartisan bill introduced this week aims to ramp up the financial pressure another notch by making it harder for Moscow to use gold to prop up the crashing ruble. Existing sanctions have not directly targeted the Central Bank of Russia’s roughly $130 billion in gold reserves.

“This would tighten the financial noose,” Senator Angus King, an independent from Maine, told CNN in a phone interview.

“We are proposing to cut off one more avenue and increase the financial pressure to get them to stop this brutal campaign in Ukraine,” said King, who praised the varying political backgrounds of the bill’s sponsors. “You’ve never seen such a bipartisan bill.”

Cornyn, in a statement this week, said the sanctions would target parties that “help Russia finance their war by buying or selling this blood gold.”

Existing sanctions have already delivered a powerful blow to Russia’s economy. Western businesses are fleeing. The Moscow stock market remains shuttered. And the ruble is worth less than a penny.

The West has taken direct aim at Putin’s $600 billion war chest — currency reserves the Central Bank of Russia amassed in recent years that would have allowed them to ride out the sanctions storm.

“The gold is part of this slush fund that Putin built up in anticipation of sanctions,” King said.

As of the end of June, Russia’s central bank held $127 billion worth of gold, representing 21.7% of the total assets, according to the Central Bank of Russia. In practical terms, gold plays an even bigger role today because the West has effectively frozen most of the central bank’s currency reserves.
That gold is stored at vaults within the territory of the Russian Federation, according to a recent report by Russia’s central bank.

US Treasury Secretary Janet Yellen warned Thursday that American officials and allies in Europe are considering new sanctions against Russia.

“At this point, we are not seeing Russia back off the horrific war they started, an unprovoked invasion of the Ukrainian homeland,” Yellen said during a Washington Post Live event. “In fact, the atrocities they are committing against civilians seem to be intensifying. So, it’s certainly appropriate for us to be working with our allies to consider further sanctions.”

White House officials did not respond to inquiries about whether the administration supports the bipartisan gold legislation.

King, a member of the Senate Select Committee on Intelligence, argued Putin has made a “series of gross miscalculations” with Ukraine, including underestimating the unity of the West and the impact of sanctions.

“We told him this was coming,” King said. “I don’t know if he didn’t believe it or wasn’t well advised, but I’m quite confident he did not anticipate the ferocity of the sanctions.”

“He is cornered. He’s already lost this war,” King said. “Even if he wins a short-term battle by taking of Kyiv, there is no way he can hold Ukraine and absorb Ukraine into Russia because he’s created a hatred for Russia and himself that will last a generation.”

Among the economic consequences: Dozens of major Western brands are distancing themselves from Moscow, with everyone from McDonald’s and General Electric to Goldman Sachs and PayPal suspending some or all their operations in Russia.

King said that Western companies that have not backed away from Russia must ask themselves if they really want to be associated with a “brutal regime that is bombing hospitals.”

“There is a significant reputational risk,” he said.